Pre-empts and Non-Fiction at the 2018 London Book Fair 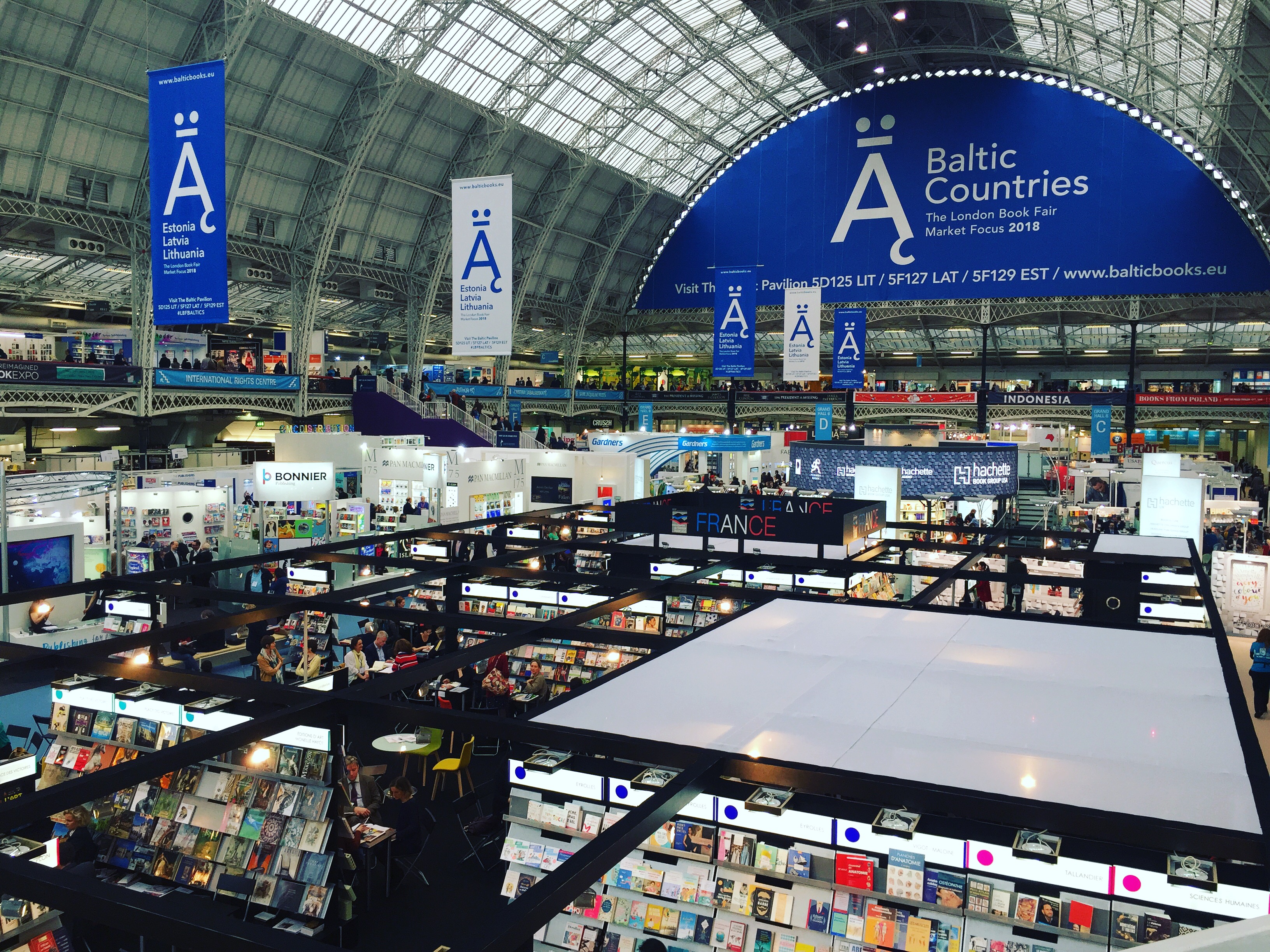 Optimism was in the air during this year’s London Book Fair, where there was a particularly high demand for non-fiction titles and, as often happens, titles were pre-empted in the days running up to the fair. 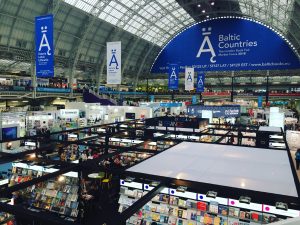 After visiting Milan, Paris and Amsterdam, my spring 2018 #2SeasEurotour ended in a climax at the London Book Fair. Thanks to our LBF catalogs—to which our latest client-addition Editions de l’Opportun was added the week before the LBF!—and months of strategical planning, Jr Agent Chrys and I had an intense but very rewarding three days meeting editors, scouts and agents from all over the world. Between further developing relationships with those we already know, we always try to make new personal connections at fairs such as the London Book Fair.

It often happens that big rights deals already take place in the days running up to the fair. International publishers do not want to miss out on the next big, hot title! And indeed, in this year’s pre-London Book Fair days we concluded two nice pre-emptive offers, for world English rights in OPERATION CAR-WASH, a.k.a. THE MECHANISM by Vladimir Netto (sold to Ebury, on behalf of the Villas-Boas & Moss Agency) and for Dutch rights in Rosa Ventrella’s STORY OF A DECENT FAMILY (sold to Xander, on behalf of the MalaTesta Agency). 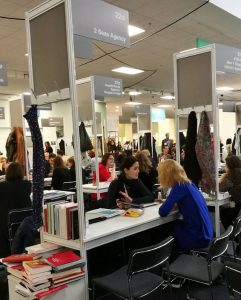 Chrys caught me in the middle of a pitch!

This brought enough energy and excitement to get me going on Tuesday morning April 10, the opening day of the London Book Fair, after having started my meeting marathon in Milan one month earlier. It also helped that I took a short break from meetings the week prior to the LBF to spend some time with my family in Holland!

Chrys on the other hand, started her London schedule the day before at the Introduction to Rights Workshop organized by the London Book Fair. It was interesting for her to attend this workshop after having been part of the 2 Seas team for almost three years, which she also attended in 2012 as a postgraduate student at the university of Stirling, Scotland. Read her overview on this year’s workshop here. 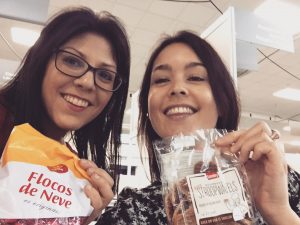 What stood out most during our meetings was the strong increase in the demand for non-fiction titles, which has been pointed out by certain industry news media too. Other ‘genres’ that were requested a lot were feminist titles inspired by the #metoo-movement, and commercial/reading group fiction. Literary fiction in translation is definitely going through a rough patch, even though one of the titles that started to buzz for us prior to the London Book Fair can be categorized as such: Jérôme Colin’s THE BATTLEFIELD (pre-empted by Einaudi-Stile Libero in Italy and by De Bezige Bij in Holland; further rights sold to Host in the Czech Republic at auction, and to Vellant in Romania).

As for commercial fiction, our pitch of QAANAAQ, a crime novel set in the desolate landscapes of Greenland, was encountered with so much enthusiasm that we decided to anticipate the submissions of the partial manuscript. Natascha Lusenti’s Italian answer to Nicolas Barreau, HOLD ON TO YOUR MORNING WISHES pitched as Raphaëlle Giordano meets THE ELEGANCE OF A HEDGEHOG, also received a lot of interest from around the world.

All in all, both Chrys and I had a busy, productive and above all FUN time at this year’s London Book Fair. We look forward to seeing everyone again at the Frankfurt Book Fair in October. For now, I’m going to rest a bit after finishing my 5-week meeting marathon and enjoy hiking in the California mountains. Glad to report that they are looking green again after the December fires!