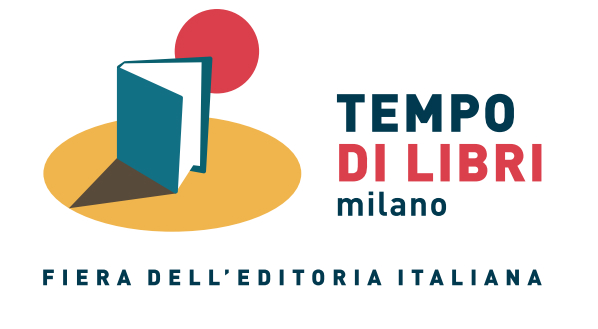 Kicking off 2 Seas Euro Tour at the Milan Book Fair

I was excited to kick off this spring’s 2 Seas European tour in Milan, a city I’d never been to before. I’d been invited to participate in last year’s inaugural edition of the Milan Book Fair, Tempo di Libri. It was held in April and I took a rain check, because it didn’t fit in with my travel schedule (the London Book Fair was held mid-March, which will be the case again in 2019 and 2020).

Fighting 9-Hour Jetlag: Herbal Tea and Off to Bed 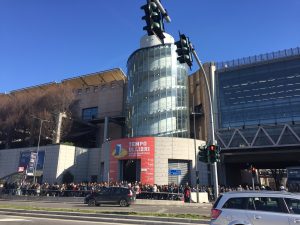 After a journey with a layover in London that lasted nearly 24 hours door-to-door, I finally arrived at my hotel in Milan. The Milan International Rights Center (MIRC) generously covered four nights in a nice hotel right next to the fairgrounds for all the fellows, so it wasn’t surprising that even before checking in I ran into familiar faces—including our Spanish co-agent Bernat Fiol. He managed to convince me to join him and a few others at a restaurant (his words: “Stop accepting pre-empts and come down”). Barely awake, I managed to drink an herbal tea and left at a reasonable time, hoping to be fresh again in the morning.

I don’t know what I was thinking when I booked my tickets: my plane landed at 6pm in Milan on Wednesday evening and my first meeting was scheduled at 10:30am the following morning. Did I expect my body to immediately switch to European time and forget about the 14-or-so hour flight? Clearly it didn’t, and throughout the fair I got about 3 hours of sleep per night. Yet the excitement of being on the road again, pitching our wonderful new titles, and seeing plenty of familiar faces while making new connections gave me enough energy to pull through. I’m writing this article on the train to Venice, where I intend to spend two days to recover… before flying to Paris for the second leg of my 5-week meeting marathon. Of course a meeting with the Marsilio/Sonzogno team cannot be missed in Venice; they are the only trade publishing house based there! 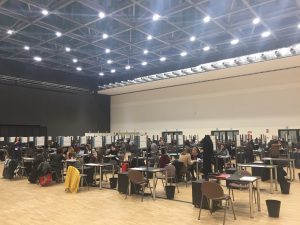 I received mitigated feedback from participants of last year’s inaugural edition of Tempo di Libri. It was held at Fieramilano, a venue which is far from the city center and apparently difficult to reach. Its timing was not ideal, since it was held right before Easter and during the school holidays, which meant that the number of visitors didn’t meet the expectations. Herds of children, who usually visit fairs with their class on a school trip, stayed away.

This year’s edition sounded a lot more promising. It was held in a new venue, Fieramilano City, at a stone’s throw away from the hotel where the fellows were staying and a mere 20 minutes by metro from the city’s famous Duomo cathedral. The list of international attendees that we had access to a few months ahead of the event, with new participants added daily, looked interesting and there seemed to be a good balance between their countries of origin as well as the division rights buyers/rights sellers/literary scouts. 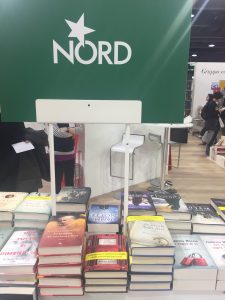 I had a very positive experience at the Milan Book Fair*—it turned out to be a great way to start the fair season. Despite my jetlag, and even though one of this season’s ‘hot’ titles had just been pre-empted in Italy which meant I could no longer pitch it to the Italian editors I was seeing, there were still plenty of excellent titles to discuss. Unlike Frankfurt and London, the Milan Book Fair had a very mellow atmosphere. People were flexible, it was possible to re-schedule meetings last-minute without any fuss, and even though my schedule was fully booked I still had enough time to catch up with others in between meetings. The rights center was spacious and had a good wifi connection.

Other fellows I talked to at the end of the three-day event all seemed to share my enthusiasm. Even though the MIRC’s fellowship is not quite like the ones of Frankfurt or Jerusalem, the fact we were all staying in the same hotel helped a lot and facilitated organizing dinners and drinks. On Thursday night for instance the MIRC organized an evening at the beautiful Gallerie d’Italia, which included a guided tour and allowed us to discover the great Caravaggio’s final painting. 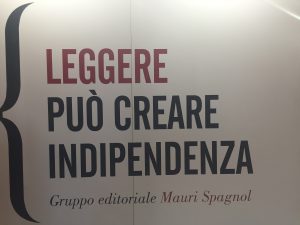 Yet I received mixed feedback from Italian editors. Though they all agreed they were delighted to get to see international rights sellers right at the start of the book fair season (hence being able to hear about some projects ahead of time), some questioned the necessity of a fair in Milan. According to them, all the ‘big’ players in Italian publishing are based in this city anyway, which means they can meet throughout the year. They also wonder whether the fair attracted enough crowds, which may mean that the sales of books during the fair don’t make it worth the investment (apparently it was very expensive for Italian publishers to rent a stand). The competition between the Tempo di Libri and the Turin book fair, which is held in May, came up several times and clearly divides the Italians. Other Italian editors were very positive about this second edition of the Milan Book Fair, and thought it was very useful not only to meet international publishing people but also stimulated domestic affairs. 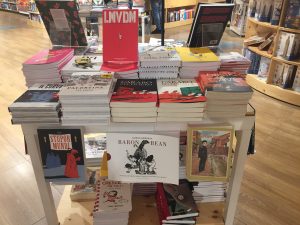 Italian editions of Riad Sattouf’s THE ARAB OF THE FUTURE vols. 1 and 2 on display at a bookshop in the center of Milan

In any case, I’m thrilled to have taken part in the Milan Book Fair this year and appreciate having been invited by the MIRC. I look forward to coming back! But first, a visit to Paris and the Salon du Livre…

PS: For a more concise version of my impressions, check out the interview that Publishing Perspectives conducted with me here.

*The only thing that could be improved is the MIRC’s online scheduling system. In the end my schedule didn’t match with that of several people I really wanted to see. Of course, the system has its advantages: it’s time-saving since you avoid emailing back and forth to arrange meetings. But I would prefer a system that somehow allows prioritizing certain meetings when sending out/accepting requests, and that keeps track more closely of the number of meetings that are accepted compared to the maximum possible number of meetings—which turned out to be way too many.