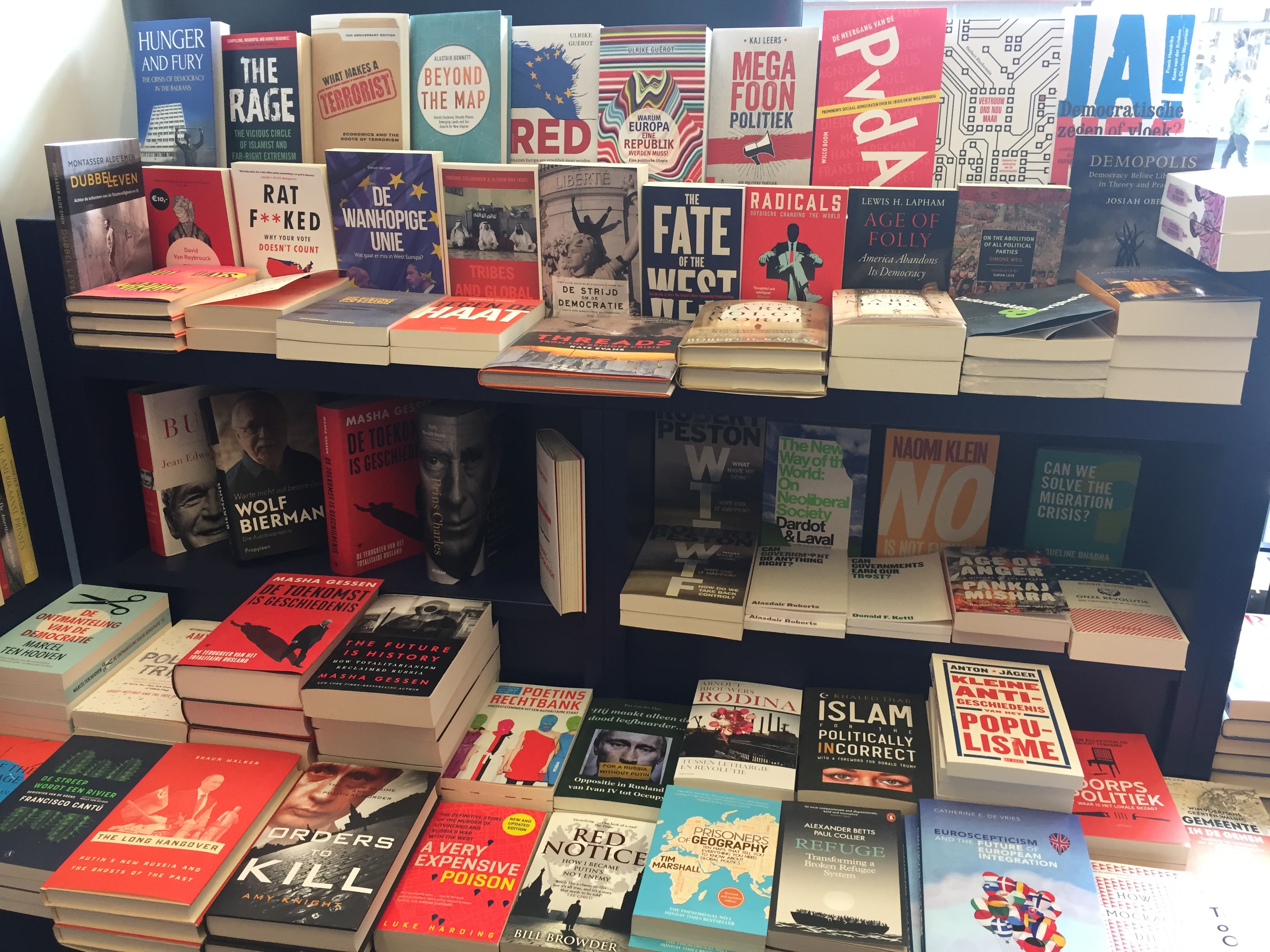 After attending the Tempo di Libri Book Fair in Milan and having meetings in Paris, including at the Paris Book Fair, 2 Seas Agency’s owner Marleen continues her European meeting marathon in her home country the Netherlands. Here are her impressions of the current Dutch publishing scene. 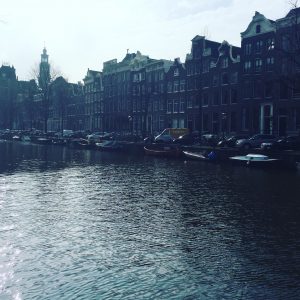 The Dutch publishing market has been one of 2 Seas Agency’s specialty markets since our launch in 2011. After going through several rough years, hitting rock bottom between 2012-2014, Dutch publishing slowly started to pick up again in 2015-2016, carefully showing positive numbers. The first quarter of 2018 seems to confirm this upward trend. 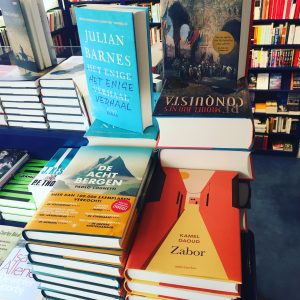 Exception to the Rule: The Eight Mountains by Paolo Cognetti

Paolo Cognetti’s international bestseller Le Otto Montagne seems to defy all tendencies, however. It’s literary fiction in translation by an Italian author hitherto unknown in the Netherlands. True, the book is selling well all around the world, but the Dutch edition De Acht Bergen (De Bezige Bij) goes beyond all expectations with sales of over 120,000 copies. It’s currently ranked at #4 in the Bestseller 60 and has been on this list for 29 weeks (published September 2017). It was on prominent display in every single Dutch bookstore I visited (and there were many!), like in the Athenaeum Bookstore at the Spui in Amsterdam (next to Zabor, the Dutch edition of Zabor ou les psaumes by Kamel Daoud, with Ambo Anthos). 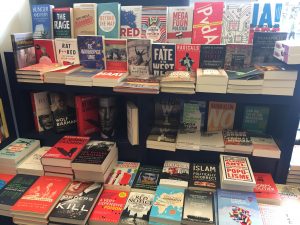 As I’ve mentioned before — for instance in my 2016 seminar on the Dutch publishing market — a growing number of Dutch readers buys books in English. Hence the importance for Dutch publishers to make their Dutch edition available at the same time (or close enough) to the English-language publication date, otherwise the competition is too big to overcome. And indeed, at the Athenaeum Bookstore in the center of Amsterdam, Dutch and English books are on display next to each other, all mixed together in the same section. (This might also be due to the fact that Athenaeum is situated in an area that is very popular with tourists, however.)

Big news for all you international Hendrik Groen-fans: our favorite octogenarian is publishing a new book with Meulenhoff in June! Unlike his previous two bestsellers Attempts to Make Something of Life and As Long As There Is Life (in total over 500,000 copies sold in Holland), his new book is not a diary but a novel. We will of course share information and material with Hendrik’s many international option publishers as soon as possible.

Further good news from another Dutch client: Martin Michael Driessen’s The Pelican is on the shortlist of Holland’s most important literary prize, the Libris Literature Prize! On March 15 2018 we started representing his publisher Van Oorschot, who is the publisher of two of the ‘Big Three’ – the Dutch’s nickname for the three most important post-war writers Willem Frederik Hermans, Gerard Reve and Harry Mulisch.

Some Rest before the London Book Fair 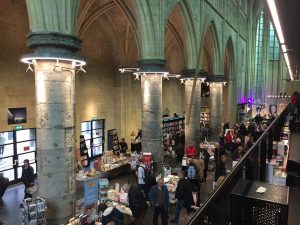 Before attending the 2018 edition of the London Book Fair I’m spending a week Maastricht, my hometown in the Netherlands in order to recharge my batteries after a three-and-a-half week meeting marathon. I immediately paid a visit to the world-famous and breathtaking Dominicanen bookstore, situated in a 700+ year-old church in the center of Maastricht (pay a virtual visit to the bookstore here). When I was a teenager, the Dominicanen church served amongst other as a bicycle parking lot and a pop concert venue. Times have changed, and for the better!