2 Seas Back in Paris for the “Livre Paris” Book Fair 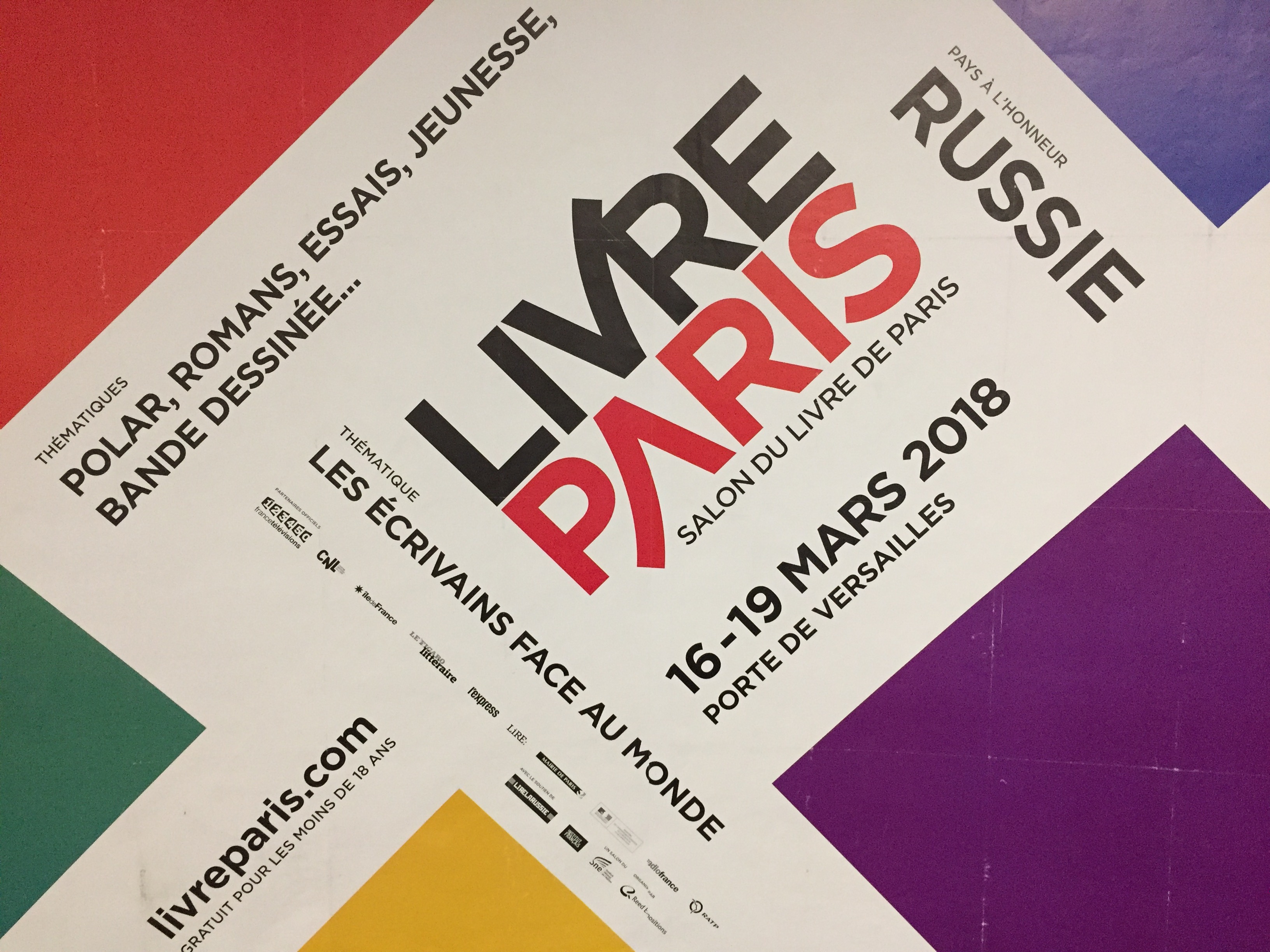 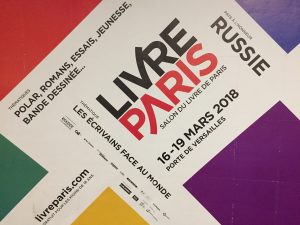 2 Seas Agency’s co-founder Marleen returns to Paris – her home town before she moved to California – twice per year to personally check in on the French publishing scene.

After attending Milan’s Tempo di Libri book fair and a quick stop in Venice where I shared an aperitivo with a few editors of Venice-based publishing house Marsilio/Sonzogno, I was headed for the city of lights. A 10-day stay packed with meetings at the Livre Paris book fair and at French editors’ offices was awaiting. 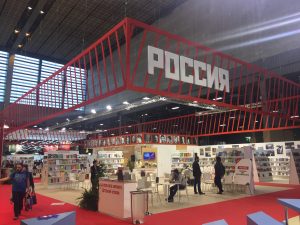 This year’s Guest of Honor at Livre Paris was Russia, whose stand French President Emmanuel Macron snubbed during his visit on the opening night of the event in support of the UK and Prime Minister Theresa May’s clash with President Vladimir Putin over the attempted poisoning of a former Russian spy and his daughter, causing a controversial start of the fair.

Macron, who came with 200 security guards who led him through the crowds during his three-hour visit, took his time to talk to Hachette CEO Arnaud Nourry and Le Livre de Poche MD Véronique Cardi. They discussed amongst others Carole D’Yvoire’s book To You I Owe All My Life’s Happiness. Leonard & Virginia Woolf, published by Le Livre de Poche last fall. 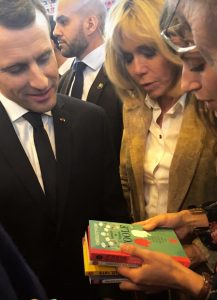 Every year, the Bureau International de l’Edition Française (BIEF) organizes a fellowship that coincides with the Paris Book Fair. After Milan’s Tempo di Libri, this year’s Paris fellowship provided another great opportunity for me to meet with acquiring editors from various countries, including Argentina, Italy, Turkey, Germany and the UK.

The group of fellows represented a good mix of literary and more commercial publishers and fiction and non-fiction houses, and everyone found one or more titles to their taste in our eclectic Spring rights lists.

Compared to my two visits to Paris last year, spirits were up among French publishers. Everyone agreed that 2017 was a disastrous year for book sales—one of the reasons cited are the French elections that took place in May 2017, which monopolized the French press and the minds of French readers. (Read an overview of the 2017 French book market in numbers here.) 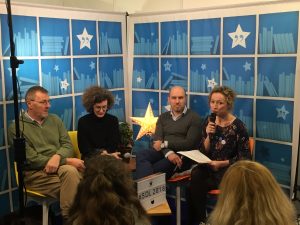 Since the beginning of the year book sales are up, albeit modestly, compared to 2017. Literary fiction in translation continues to be a tough sell in France, like elsewhere, and—exceptions aside—sales have plummeted over the years. Publishers acquire less, and advances have shrunk. Non-fiction titles however seem to be regaining interest with the French readership, and children’s titles have always had a strong, relatively stable position.

The Paris Book fair registered an increase in attendance. Visitors totaled 162,000, up 7% from last year, and book sales at the event increased as well.

During my Parisian visit I also signed on a new client for world translation rights representation, which I am extremely happy about: Editions de l’Opportun, whose non-fiction title How to Think Like a Cat (Penser et agir comme un chat) has sold over 110,000 copies in France and rights have been sold to 20 countries to date, including the US! More news on their titles, which we’ll be presenting at the London Book Fair next month, is coming soon. 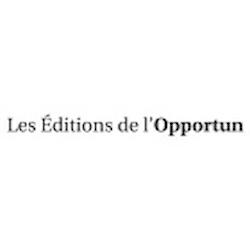 Speaking of the London Book Fair, our LBF Spring Rights Catalogs will be updated shortly with several exciting new titles that our French clients told me about during my Paris visit! Make sure to look out for our April newsletter which will contain a link to download the latest version…

And now… off to Amsterdam in my native Holland for the third leg of my Spring 2018 European tour!