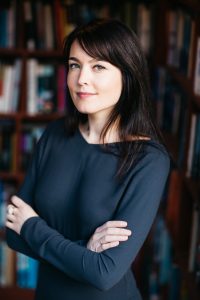 I was born and raised in the southern Dutch town of Maastricht, in a family of -mostly- chemical engineers. At age 18, I had outgrown my home town and engineering destiny, and moved to London for a year. There I developed a passion for reading and books: I fell in love with Virginia Woolf and her Bloomsbury Group, devoured 19th-century fin de siècle novels, read French classics by Voltaire, Maupassant, Flaubert, and Gide.

After having studied a semester at Hull University in the north of England, I went south-bound to take part in a research project on Welsh literature in English translation at Swansea University in Wales. I graduated in Liberal Arts at Utrecht University back in the Netherlands, majoring in Modern European Literature, and obtained a post-graduate diploma in Comparative Literature at the Sorbonne Nouvelle University in Paris, France.

Apart from my two mother tongues (Dutch and Limburgish, a dialect spoken by natives of the Maastricht area), I am fluent in English and French. I also have good working proficiency in German and have started learning Spanish. Italian and Russian are also on my wish-list.

Work Experience: It All Started in France

I settled in Paris and started interning with several French publishing houses and agencies, including Editions Jean-Claude Lattès and Agence Michelle Lapautre. With my international profile and language skills, working in foreign rights was a natural fit. I was offered a position at the Rights & Licenses department of France’s oldest publishing house Editions Stock, part of Hachette Livre. For over five years, I represented foreign and domestic rights in their entire catalog, which consisted of literary fiction and books in the humanities and social sciences (and, on a side note, several books by Virginia Woolf). I knew I had found my calling — I loved combining my passion for books and languages with my strong communicative, interpersonal and organizational skills. Throughout my years at Editions Stock I sold and bought translation rights, developed lasting relationships with publishers, agents, literary scouts and translators throughout the world, and attended international book fairs (Frankfurt, London, Beijing, Prague, Thessaloniki, Bucharest).

I was also given the opportunity to participate in a number of inspiring projects and events concerning international publishing, as diverse as teaching a post-graduate class in Written Heritage and Digital Publishing at Tours University, France, and speaking at a conference organized by the French Embassy in Beijing about the translation rights trade between France and China (click here to read my presentation in French).

When I left France and the Old Continent to move to California in 2011, the “foreign rights bug” that had bitten me in France naturally came along. It made me discover many great books and wonderful authors, meet innumerable kind, curious and passionate bibliophiles, and travel the world. I was set on continuing this adventurous and inspiring path. My partner Derek Dodds and I founded 2 Seas Agency together just a few months after I had settled in the beautiful town of Ojai. Derek’s positive, inspiring energy is one of the cornerstones of 2 Seas Agency, and I am grateful to be able to share this highly contagious energy and our common passion for books, reading and languages with you. 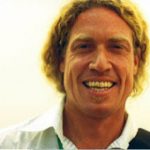 Born and raised in California, I am a native English speaker with working proficiency in Spanish and Portuguese. One of my passions is reading, and the other is surfing.

Someone once told me that two things will change your life profoundly, the books you read and the people you meet. At 2 Seas Agency, we connect people to books and allow for the magic of artistic expression to cross international and linguistic boundaries.

What Got Me into Publishing

My journey in publishing started after graduate school when I wrote my first book and created a monthly print newsletter for graduating Criminology students. I published, designed, and edited both the book and the newsletter in the pre-internet days. The first 1,000 copies cost me three times the retail value of the book—they sold well. I turned that little publishing company into a business and sold it a year later. At that time, I decided it was time to leave the United States and see the world.

I left for Asia and Europe where I lived for six years. After a sojourn at a Buddhist Monastery in Nepal and a Yoga Ashram in India, I made my way to Spain where I became adjunct faculty in a graduate program at the European School of Management in Madrid and later in Mexico at La Universidad Noreste.

My travels led me back to California in 1999, and I entered my next phase in publishing. I began my training in the marketing department of a non-fiction publisher and moved my way up to become a Publisher and International Rights Director for Krishnamurti Publications. During those years I grew the business 400%, helped develop their internet and marketing strategy, and I opened new distribution and rights markets in Africa, Asia, Australia, Europe, and Latin America. I have also worked as an independent agent for American and European authors, selling their rights into foreign markets.

I have participated in most every important publishing trade-show on the planet, from Buenos Aires to the very first International Book Fair in Cape Town, South Africa. I was among a small group of early adopters to exhibit at Beijing in 2006 and I attended the Feria Internacional del Libro in Guadalajara for nine years without missing a beat. I was even granted permission to attend the Havana International Book Fair in Cuba by the United States Government and was one of two American exhibitors at the Moscow Book Fair. Yes, the seemingly impossible is possible (thanks for teaching me that Seth Godin).

I am very honored to be able to share my expertise with Marleen (the heart and soul of 2 Seas Agency) and my passion through our work together and I look forward to working with some great publishers and authors. Most of all, my intention through 2 Seas Agency is to add value to people’s lives and to share your wholehearted excitement for books. Let’s change some lives!

Raised in my mother’s bookshop in Paphos, Cyprus and a house full of books, I started with children’s books and from an early age I went on to modern adult literature, Camus, Flaubert, Hemingway, Steinbeck, Myrivilis and other Greek and foreign classic authors. I grew up with one dream: to work in a book related environment. Following my love for literature and the French language, I moved to Paris and I joined the back then newly created Licence Métiers du Livre at the Université Paris VII. The original approach of this Bachelor – relating arts and human sciences to literature – conducted to the acquisition of theoretical and practical skills related to the professional sectors of publishing while studying classic and contemporary literature. Afterwards, I pursued a two-year Master of Research in Lettres, Arts et Pensée Contemporaine, at the same university where I led a comparative study on the Great War testimonial literature. Feeling the need to enhance my knowledge in publishing, from a non-literary point-of-view, I continued my studies at the University of Stirling, Scotland where I developed my business, marketing and management skills, through the MSc in International Publishing Management.

During the last year of my Bachelor, in Paris, France I did a three-months internship at L’Harmattan Editions as an editorial assistant, dealing mostly with author enquiries and contracts, book presentations, blurbs development and other common admin tasks. In the UK, I had the chance to intern at children’s publisher Barrington Stoke, and discover the amazing little gems they publish for reluctant readers. At the same time I did some social media marketing freelance for the dystopian publisher Almond Press. I also worked part-time for a year at the academic publisher Media XXI in Porto, Portugal, as a marketing and social media executive.

My Journey at 2 Seas Agency

I joined 2 Seas Agency in June 2015. Finally I made my dream come true of working in Foreign Rights, an area that combines my passion for books, foreign languages, personal relationships, marketing and traveling. With Marleen’s guidance and constant support I was thrilled to begin my journey in International Rights and literature in translation. The fact that I could keep contact with the French language and literature was one of the major factors of my joy! Frankfurt 2015 was my first book fair as a Foreign Rights professional and it was the beginning of an exceptional and very enriching chapter of my life! After that, I attended the London Book Fair in 2016 with a full schedule, starting to establish relationships with publishers, agents and literary scouts from all over the world. My second “Messe” in October 2016 was extremely busy and very productive, followed by my participation at the 6th edition of the Sharjah International Book Fair (SIBF) Professional Program. As of January 2017, 2 Seas Agency started selling foreign rights for our books directly into Portugal, and I’m delighted to be part of this since I lived in Portugal for almost five years. During the last two years, I established new relationships and deepen those with the Portuguese publishers I met at the 2016 Lisbon Book Fair, and other international fairs. Based in Cyprus since August 2018, I will still be visiting Portugal quite often since I have both a personal and professional connection with the country. I look forward to new challenges and publishing adventures at 2 Seas Agency, supported by Marleen and Derek’s expertise and inspired by their energy and passion.

I graduated from the California State University system with a Master’s in Educational Administration. After receiving my degree, I moved to Los Angeles, California, where I began working in Sales & Marketing. In recent years, I lived in Northern California, where my passion for hiking and minimalism began. After spending several years working for a woodworking manufacturer in the valleys of the Sierra Nevada Mountains, I began looking for new career endeavors that would lead me to unique places. I currently work as a Trail Guide for a non-profit organization called W.O.L.F., a consultant for Amazon and Wag!, and a part-time Administrative Assistant for 2 Seas Agency.

Millie joined 2 Seas Agency in July 2015, after having spent several months contemplating life and waiting for the right people to adopt her at the animal shelter in Ojai. She keeps all corners of our Ojai office dust free, and brings in the occasional lizard to surprise us. She likes drinking water from our glasses and discovering the latest foreign editions of books we sold (to the right: Millie with the Thai edition of The 7-Day Startup by Dan Norris). Her favorite books include To Kill a Mockingbird and How to Tell if Your Cat Is Plotting to Kill You.

We handle foreign rights on behalf of an exciting variety of publishers, literary agents and a select number of authors from around the world.

Want to know more about how we sell rights internationally? Watch this short video in which co-founder Marleen Seegers explains our work in a nutshell.