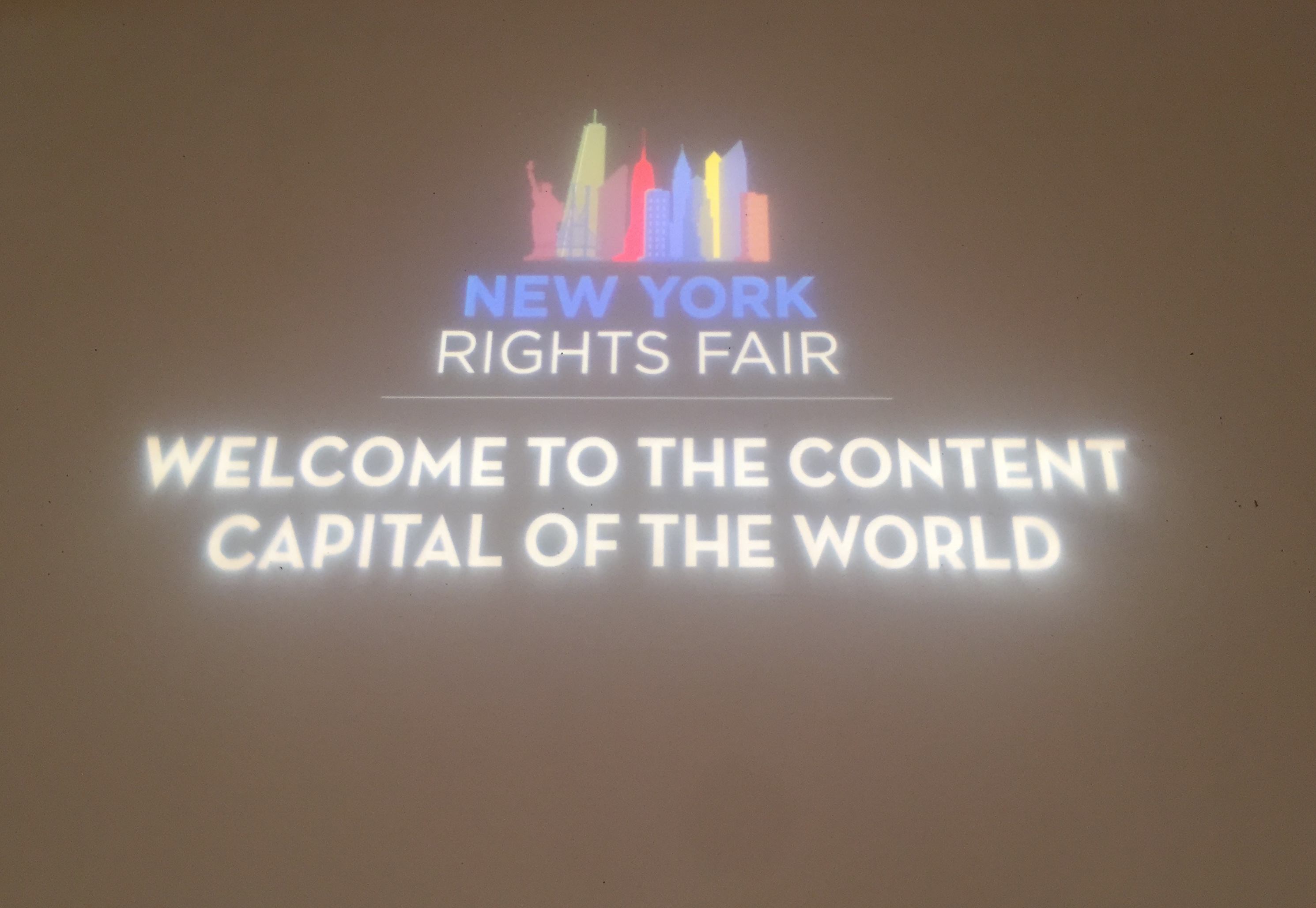 The brand new New York Rights Fair was held at New York City’s Metropolitan Pavilion from May 30 – June 1 2018, an event the 2 Seas team couldn’t miss out on. Co-founders Marleen and Derek went to check it out… 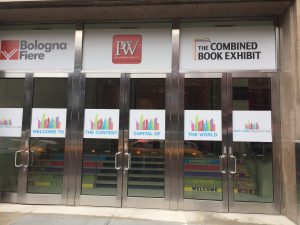 Entrance to the New York Rights Fair, organized by the Bologna Book Fair, PW, and the Combined Book Exhibit

Partnership between BookExpo and the New York Rights Fair

At this year’s London Book Fair it was announced that the New York Rights Fair would be the official rights fair of America’s #1 book and author event BookExpo (also known as BEA), which ran concurrently some 20 blocks west of the Metropolitan Pavilion. As I pointed out in my article on our attendance at the 2017 BEA, this trade show had been struggling for years to keep up its appeal for international publishing professionals. Ever since the London Book Fair was launched, held barely two months before BEA, the latter gradually stopped being an essential event to attend for international rights sellers and buyers.

Panels focusing on the ‘rights’ side of publishing

The New York Rights Fair, organized by Publishers Weekly, the Bologna Book Fair and Combined Book Exhibit, aims to bring back some international flair to America’s publishing capital. Besides providing a new opportunity to meet American and overseas editors, agents, translators and scouts, the Fair also organized a program packed with panels that ran throughout the three days of the fair. These panels were, as the name of the Fair suggests, focused on the ‘rights’ side of the publishing business including book-to-screen, foreign and audio rights. They featured agents, rights sellers, scouts, editors, journalists, translators and other book professionals from around the world. 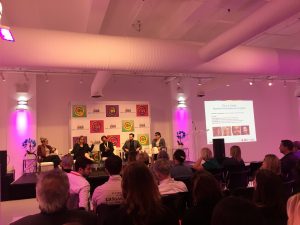 I was honored to participate in two of these panels. The first was entitled “Translated Literature Today: A Decade of Growth” and was moderated by Chad Post, Publisher of Open Letter Books and creator of the Three Percent translation database. Bookstore owner Stephen Sparks of Point Reyes Books, Executive Director of the American Literary Translators Association Elisabeth Jacquette, AmazonCrossing’s Editorial Director Gabriella Page-Fort and I discussed the challenges the American market represents for books in translation, what opportunities there are in spite of these challenges, and what we in our role as advocates for international literature can do to help bring more translations to the American market and make them successful. There was a lot to talk about, as you can imagine… In below video I explain that even though the US market remains  challenging, I have observed possibilities for growth in recent years:

The panel was followed by the announcements of the 11th annual Best Translated Book Awards. Congratulations to the winners: in the fiction category, The Invented Part by Rodrigo Fresán, translated from the Spanish by Will Vanderhyden (Open Letter Books); the poetry prize went to Before Lyricism by Eleni Vakalo, translated from the Greek by Karen Emmerich (Ugly Duckling Presse). 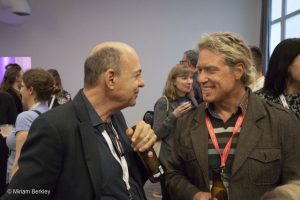 On to the second panel, “Making Books Travel: The World of Foreign Rights and Book Scouts” moderated by Francis Hoch who among others is in charge of PW’s International Hot Book Properties column. Literary scouts Jon Baker and Rachel Hecht, foreign rights seller Lance Fitzgerald (Crown-Random House) and I discussed what it takes to make books travel, which actors are involved, which markets are currently booming, and lots more. Like the aforementioned panel on books in translation on the American market, this panel was well-attended in spite of its 9:00 am start on a Friday morning. A flurry of questions from the audience followed, including many from authors and independent publishing houses looking for opportunities to sell their rights in international markets.

Unlike our schedules for most of the fairs we visit, my days at the New York Rights Fair weren’t packed with meetings arranged several weeks or even months in advance. Instead, I had reserved several hours at the fair in order to attend other panels that had been organized, and left room for spontaneous meetings — which there were many of! I ran into scouts, fellow rights sellers and editors from the US and overseas with whom it was time to catch up. This made my attendance more relaxed than usual (if you neglect my stress for both panel appearances!). 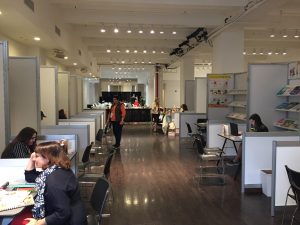 Confusion about the location

According to Publishers Weekly, the inaugural New York Rights Fair “attracted exhibitors and agents from 19 countries, as well as approximately 3,000 visitors including those who came from BookExpo.”

The few meetings that I did book in advance ended up being cancelled due to some confusion as to the location: many thought that the New York Rights Fair was held at the Javitz Convention Center, home to BEA. For those who were aware of the two different locations, there was a shuttle bus between the Javitz and the Metropolitan Pavilion; however due to Manhattan traffic this ride could take up to an hour. As a result, it was challenging to go back-and-forth between the two events and still have a productive day of meetings (in fact I didn’t make it to BEA at all this year). As Publishing Perspectives reports, this is an issue that is being examined by the organizers.

Business as usual: meeting US editors at their offices 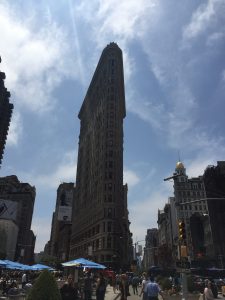 Ever since my first visit to New York in 2012, I’ve taken the habit to go meet with US editors at their offices. As I’ve done in other publishing cities I’ve visited, including Paris, Amsterdam, Barcelona, Rio de Janeiro and Munich, I prefer meeting editors on their “home turf”. I can’t imagine a better scenario to establish a deep, long-lasting relationship than talking about the books we represent to editors who are surrounded by the books they’ve published, or are about to publish. 30-minutes meetings at a fair, often squeezed in between days of back-to-back meetings, are definitely useful if you look at it quantitatively, but I think less so in a qualitative manner. Besides, I’ve been introduced to many people while being shown around at publishers’ offices — people I wouldn’t necessarily have met at book fairs.

So for my second week in New York, I had arranged meetings with US editors both at big groups and independent houses as usual. The aforementioned challenges of the US market for foreign titles being what they are, these meetings were often less about pitching specific titles (though pitch I did!) and more about their thoughts on the current state of the US market, the challenges they face (to get their books reviewed, grow their authors’ platforms, etc.) and the areas of growth that they have noticed (audio books came up more than once in this context). I checked in with editors who have recently acquired titles from our list such as Other Press (North American rights in Charles Pépin’s Self-Confidence. A Philosophy, Kamel Daoud’s Zabor and Eric Vuillard’s The Order of the Day), and also continued a few ongoing negotiations in person (which I can’t reveal anything about yet :). 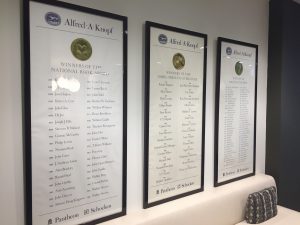 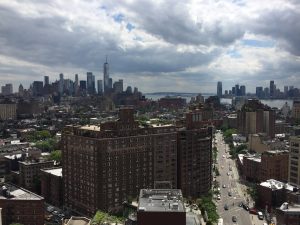 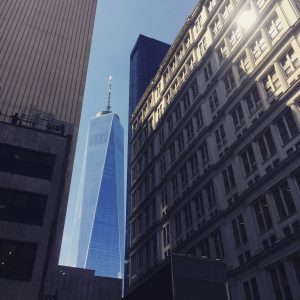 The Harper Collins offices, to the right of the World Trade Center 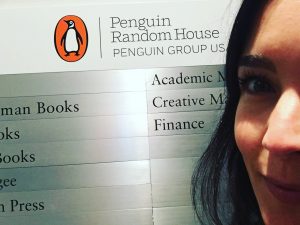 After a bustling 10 days in New York I was ready to go home, however. I love the city, but I love the California countryside even more! After a long hike in the mountains around Ojai, covered in wild flowers after the fires, I returned to my desk to find dozens of meeting proposals for the Frankfurt Book Fair (yes, already…).

Onwards and upwards to the next book fair trip this fall!