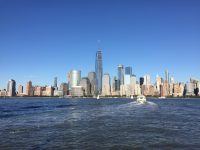 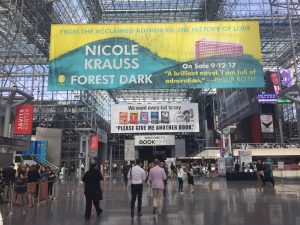 After having missed last year’s Chicago edition of BookExpo America because I was attending the Turin Book Fair, I was eager to return to America’s #1 publishing trade show on June 1st and 2nd.

I was excited to be presenting several of our hot titles to scouts and publishers, including A Different Look, the comic strip album by French feminist activist Emma whose You Should’ve Asked went viral throughout the world during the days leading up to BookExpo America. Another buzz title I received a lot of requests for was Climbing Mont Blanc, for which a hotly contested auction was ongoing in Italy. 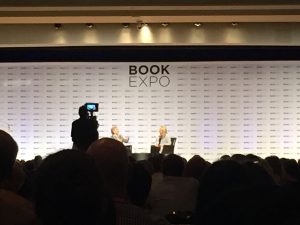 Looking back at the last couple of BookExpo events I attended (in 2012, 2014, and 2015), I noticed a decline in its international attendance. And the trend seemed to continue this year: most of the people I met with were New York-based scouts, American publishers that we sell international titles to, and some of our American clients whose rights we represent internationally. 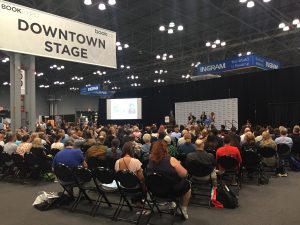 Ever since the London Book Fair was launched, held barely two months before BEA, the latter gradually stopped being an essential event to attend for international rights sellers and buyers. I was very surprised to find that this year, the International Rights Center had been moved from a spacious, bright upstairs space in the Javits Center to a sombre back corner of one of the exhibition halls, barely identifiable unless one was standing right in front of it.

It was as if BEA had already given up on its international appeal, knowing that in 2018 the Bologna Book Fair organization — together with several partners including Publishers Weekly — will launch an international rights event in New York. The New York Rights Fair, held at the same time as next year’s edition of BEA, is to take place in a more central area in Manhattan, the Metropolitan Pavilion.

Publishers, agents and scouts I spoke to about The New York Rights Fair seemed to be overall happy with this new initiative. The question remains, particularly for overseas publishing folks: is it really necessary to travel to New York for an international rights event hardly two months after the London Book Fair? The event seems amongst others to want to help promote international titles in the US market, which is not necessarily a point of focus at the LBF which is attended only by a limited number of acquiring US editors. Let’s wait and see. I will be there for sure in 2018 😀 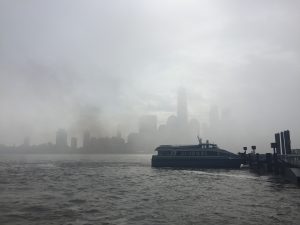 On my way to my first meeting at BookExpo, crossing the misty Hudson river by boat 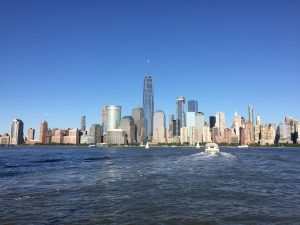 And on my way back from my very last meeting at BookExpo, this time with more visibility!