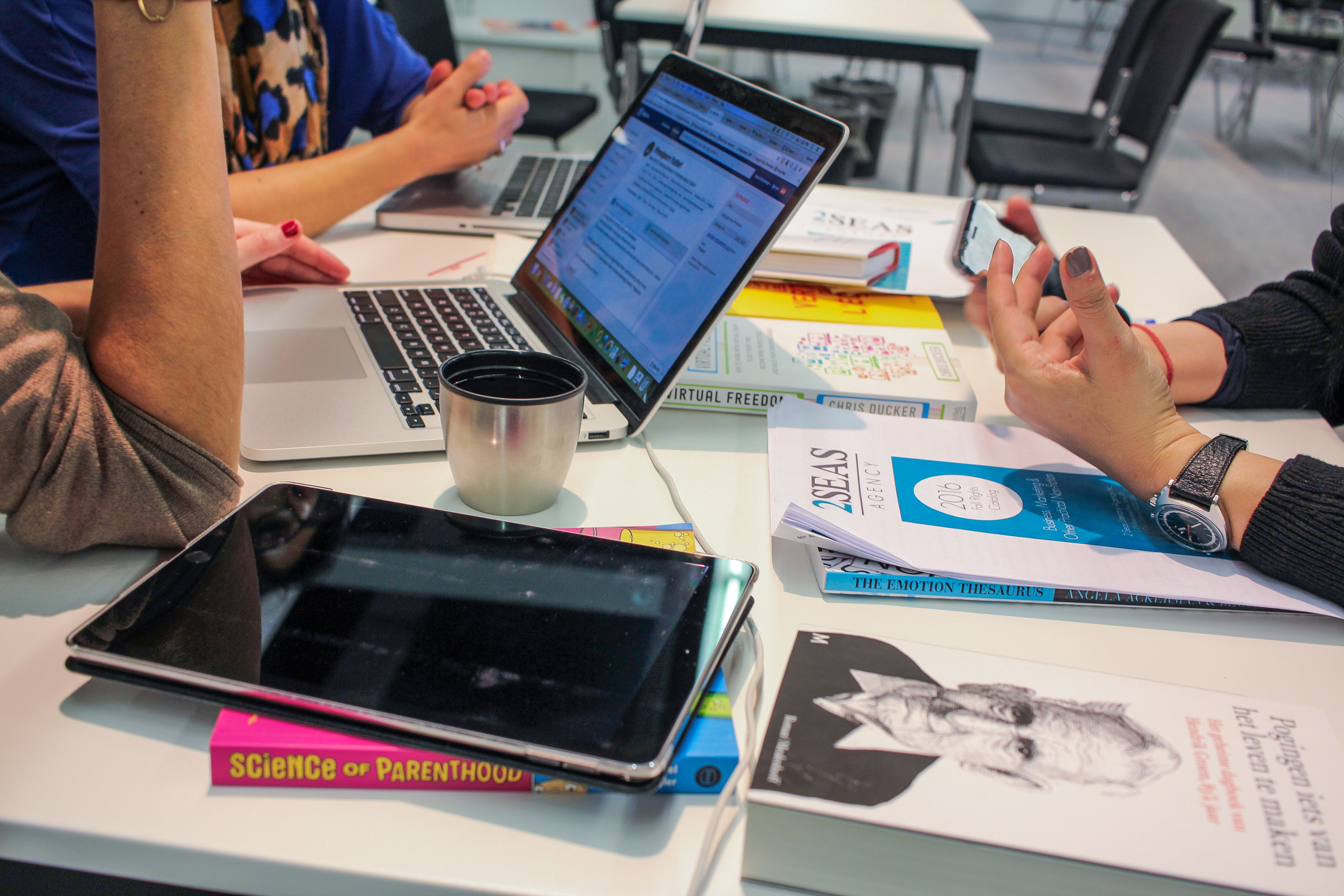 A Foreign Rights Agent’s Job? Travel a Lot, and Make Your Books Travel

The Frankfurt and London Book Fairs provide a perfect occasion for a foreign rights agent to see many of publishers, literary scouts and other international publishing professionals at the same time. This year, the Frankfurt Book Fair recorded 142,300 trade visitors. Yet, besides these massive trade shows there’s another—and I’d dare say more efficient—way to build and nurture your international publishing network: visiting publishers on their home turf as often as possible, at local book fairs or at their offices. That is why the 2 Seas team travels extensively outside of the FBF and the LBF. Among others, I organize a #2SeasEuroTour at least twice per year, and have attended book fairs outside Europe like those in Guadalajara, Sharjah, Beijing, and Rio de Janeiro.

On this fall’s trip, I first stopped in New York for a week of meetings. I hadn’t been there since BookExpo 2015. Besides cutting my flight time in half and easing into the time difference with Europe, I was eager to catch up with everyone and get to know a few new publishers like Catapult. I had a packed meeting schedule with literary scouts, publisher clients, and acquiring editors.

The US remains a difficult territory to sell translation rights to, but I have felt a shift the past few years which was confirmed during my meetings with editors working at big groups as well as independent houses. Having sold Riad Sattouf’s THE ARAB OF THE FUTURE series and Hendrik Groen’s ATTEMPTS TO MAKE SOMETHING OF LIFE to two big US houses has perhaps opened doors that might have remained closed otherwise. Yet I also felt strong interest in what can be described as more ‘challenging’ titles, such as Ali Zamir’s impressive literary debut FLOTSAM AND JETSAM (US rights still available at the time of writing!). Still, starting in New York was a nice way to ease into my #2SeasEuroTour: it doesn’t happen often that a book sells to the US before everywhere else (Gallimard’s rights director Anne-Solange Noble even suggested recently to hold off on submitting to US publishers until rights have sold in all other territories—see p. 9 of Publishing Perspectives’ Frankfurt Show Daily covering Tuesday’s events).

Unfortunately, I missed the US publication date of THE ARAB OF THE FUTURE 2 as I flew out to Paris the day before. Once again, the new volume has received great coverage from among others The New York Times and The New York Review of Books. 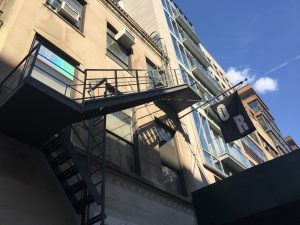 OR Books, whose rights we represent in France, Holland and the Nordic countries 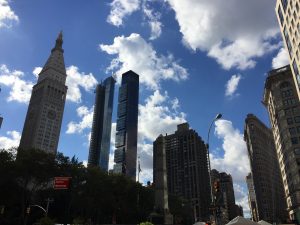 To the right, the famous Flatiron building where the MacMillan imprints are located 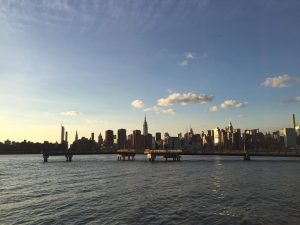 Lovely view on Manhattan from Brooklyn, where a drink was organized by scout Flora Esterly

In Paris, where the rentrée littéraire was in full swing, I finally met with our virtual intern Molly who has been working with us since this spring. She joined me for a day of meetings at among others Gallimard, Grasset, and Autrement. I had visited Paris pretty recently, in May—just before I attended the Turin Book Fair. It was great to be back though, and catch up with all the changes that occurred over the summer. A lot of editors changed jobs and new literary imprints were started, like Delcourt Littérature.

The French market seems to be picking up again after a few tough years, but it remains challenging for literary titles. As noted by the French industry weekly Livres Hebdo, I felt that an increasing number of French publishers are looking for narrative non-fiction (the French were slow to warm up to this trend, during which Editions du Sous-sol wonderfully filled the gap) and upmarket commercial fiction. Though it seems there is still room for exceptions, as we sold French rights in two Dutch literary novels recently, Esther Gerritsen’s BROTHER (Albin Michel) and Annelies Verbeke’s THIRTY DAYS (Fleuve Editions)! Times were extremely busy for our client Allary Editions, who were preparing their massive launch of Riad Sattouf’s THE ARAB OF THE FUTURE volume 3, the much-awaited VIRTUES OF FAILURE by philosopher Charles Pépin, and an essay by Raphaël Glucksmann, one of Europe’s most important anti-reactionary voices, entitled OUR FRANCE. 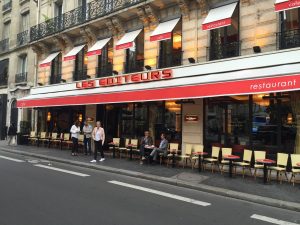 My ‘headquarters’ in Paris, the Café des Editeurs on the place de l’Odéon 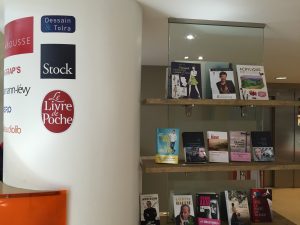 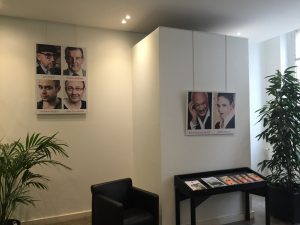 In the lobby of Albin Michel—I imagine Esther Gerritsen’s picture there too!

Things were also looking a little bit brighter in Amsterdam, as I pointed out in detail in my recent presentation on the Dutch book market. Indeed, in line with the general economic recovery, it looks like the Dutch book industry is recovering from the financial and economic crisis. 2015 ended with a plus for the first time since 2008, when a record number of 50 million copies of books were sold. Even though everyone agrees that the market will never completely make up for the losses, publishers, distributors and booksellers alike have arrived in smoother waters. The prospect of being the Guest of Honor at this year’s Frankfurt Book Fair brought in another positive element during my meetings, and many publishers were going to Frankfurt accompanied by a selection of their Dutch and Flemish authors.

Meulenhoff was still celebrating the success of Hendrik Groen’s debut ATTEMPTS TO MAKE SOMETHING OF LIFE which, more than 2 years after its original publication, is selected – again – for the NS Reader’s Award for Best Book of 2016! Only six books made the shortlist, and besides Groen’s title we are delighted to see another book represented by 2 Seas: THE OFFICE LIFE OF A GUINEA PIG by Paulien Cornelisse. I met the author on a sunny Amsterdam afternoon, and we had a great and insightful discussion amongst others about her decision to self-publish this title after having been traditionally published before. 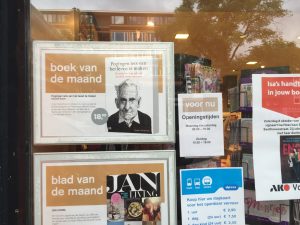 Hendrik Groen’s first secret diary still is Book of the Month, more than 2 years after its initial publication! 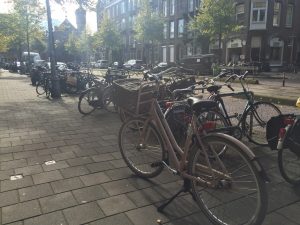 My faithful companion in Amsterdam, taking me from meeting to meeting 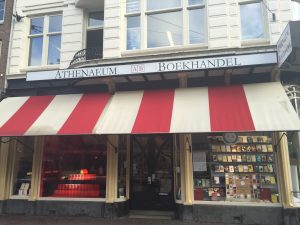 Athenaeum, one of the most famous independent bookstores in Amsterdam

I’d been wanting to go to Cologne for a while now.Unlike other countries, where publishing activities are often concentrated in the capital, German publishing houses are spread over several ‘hubs’ throughout the country. On my way to the Frankfurt Book Fair I always stop by at my home town of Maastricht, in the South of Holland. From there, it only takes an hour and a half to go to Cologne, home to publishing houses Kiepenheuer & Witsch, Dumont, Bastei Lübbe and Eichborn. It was very useful to meet with several editors within each of these publishing houses, who either take care of different languages (since we represent titles from various countries and languages), or have a different focus and/or tastes. On the same day I visited these publishers, the winner of the Nobel Prize for literature was announced. This was a recurring topic during my meetings as you can imagine, besides of course our rights catalogs! 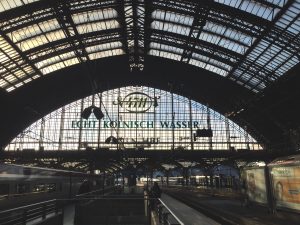 Arriving at the railway station in Cologne 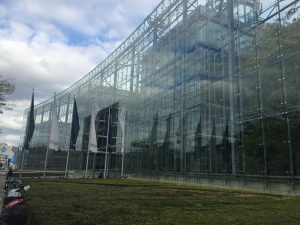 The Dumont offices in Cologne

After almost 5 weeks of meetings, my marathon culminated at the 2016 Frankfurt Book Fair. After an eventful ride to the railway station to take my train to Frankfurt (see picture below), I arrived on an unusually warm fall day. Luckily it was also very hot in New York several weeks earlier, so I even had a nice summer dress in my suitcase to wear on my walk along the river—not the usual type of clothing one brings to Frankfurt at the end of October, ready to be stuck in a conference center from 9 a.m. to 7 p.m., six days in a row!

Chrys arrived the day after, right in time for a few initial meetings I had organized at the Hessischer and Frankfurter Hofs. This year, our fair meetings started on Tuesday (the official opening of the fair is on Wednesday). Not many people know that the Literary Agents’ and Scout Center (the LitAg) has always been open on Tuesdays, for table holders to set up their tables and have meetings. Last year I already considered organizing my Tuesday meetings there, fed up with the crowd, deafening noise and uber-expensive drinks at the Hessischer and Frankfurter Hofs. A quick survey on Facebook confirmed that many rights sellers and buyers agreed with me. Still I felt it was a little too early (I admit it, the fear of missing out got hold of me). This year however the organizers of the LitAg came with the initiative to have a list circulate where agents and scouts could confirm their presence at the Fair on Tuesday. I quickly signed up, and it felt like the best decision I made in years! I’d say about 1/3rd of the tables were occupied, the noise-level was very soothing, our schedule was full from 10 a.m. till 6 p.m., and all our meetings showed up. Everyone was smiling as it was so agreeable to be there!

I didn’t see the following days go by as I focused on my  80+ meetings, and the offers we received during the days of the fair. And of course on catching up with Chrys, who I hadn’t seen in person since the London Book Fair in April. It was the second time she attended the fair and also had a packed meeting schedule from Tuesday through to Saturday afternoon (read about her experiences as a first-timer here). I admire her stamina, since merely one week after her return from Frankfurt she took off to attend the Sharjah International Book Fair in the United Arab Emirates!

It wasn’t until Saturday afternoon that I found the time to walk around a bit, check out the huge Hendrik Groen poster at the Piper stand in the German hall that people had been telling me about, and of course visit the Dutch pavillion. Apart from meeting several Dutch and Flemish authors during dinners, I had hardly seen anything related to this year’s Guest of Honor: Flanders and the Netherlands. I intend to plan things differently next year, when France will be the Guest of Honor! 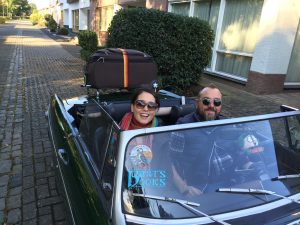 An unusual ride to the train station to take my train to Frankfurt! 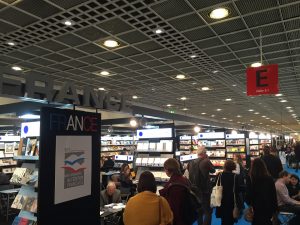 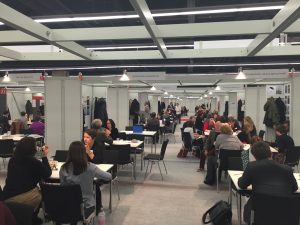 Just a regular day at the LitAg 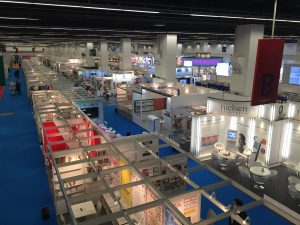 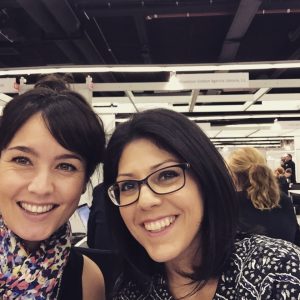 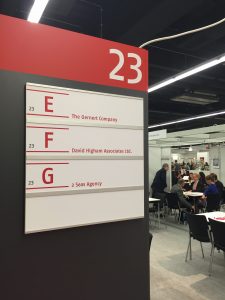 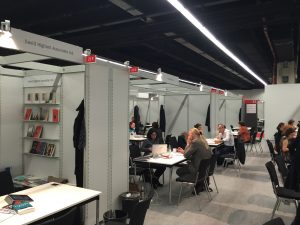 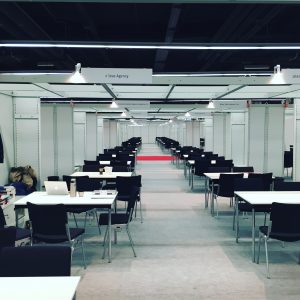 Saturday… the LitAg is deserted 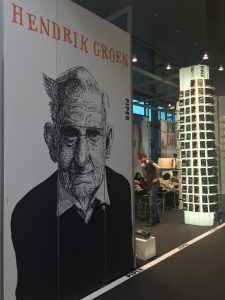 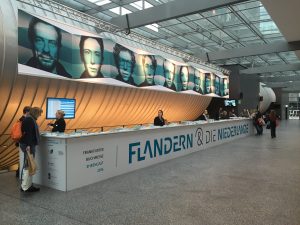 The entrance to the Dutch and Flemish pavillion 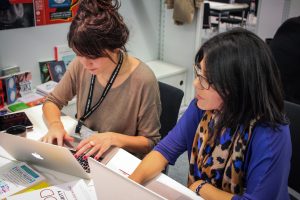 Chrys and I in action! © João Piedade 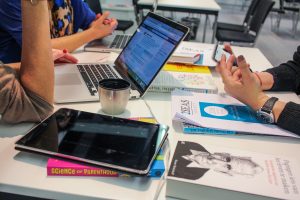 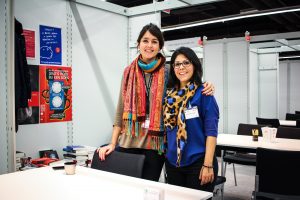