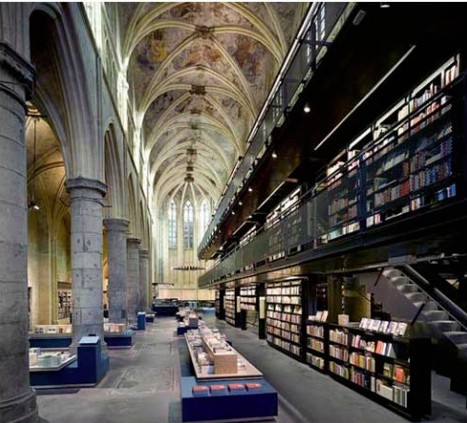 What’s up with the European publishing markets, in particular those in Berlin and Amsterdam?

2 Seas Agency’s co-founder Marleen went to meet with Dutch and German publishers, prior to attending the 2014 London Book Fair.

“Crisis” is a word I heard a lot during my recent trip to Amsterdam, even more so than last year. I know I tend to see the glass half full rather than half empty, and my thoughts are with the numerous book professionals who lost their jobs in the past few months. Yet in spite of the damage done by both the economic and the reading crises, what has stuck with me most from my 7-day stay in Holland was the emergence of new opportunities, the creation of new (independent) ventures, and the tendency to go from large corporations to small(er)-scale, higher quality operations.

This seems to be the direct result of what Podium publisher Joost Nijsen observed in the article that kicked off our Publishing Industry Insights series, when talking about the current crisis in the Dutch publishing landscape: “[Holland is] a small and spoiled country, it’s refreshing to have the opportunity to tighten our belts. A little bit of realism can’t hurt.”

In February of this year the struggling Polare bookstore chain went bankrupt. Yet like in France, where some individual stores of the bankrupt Chapitre chain were taken over by former employees, several former Polare book stores have since re-opened independently, quite a few of them after successful crowd-funding operations organized by former employes and/or store managers. One of them is the famous bookstore Dominicanen in Maastricht, situated in a 13th-century Gothic church (see this article’s featured image). In the end, five of the 21 Dutch Polare bookstores have had to shut their doors for good. 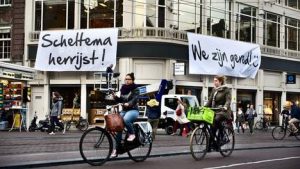 Several Dutch publishing groups have recently gone through severe lay-offs and mergers. Former Nijgh & Van Ditmar editor-in-chief Paul Brandt started his own independent publishing house, after having been made redundant in the reorganization within Nijgh & Van Ditmar’s mother-concern WPG last December. Uitgeverij Brandt will be publishing its first titles as early as this fall. When I met with Paul in Amsterdam last month, he told me that instead of feeling down about being laid off, it gave him a boost of energy to start something on his own.

Another new venture in the Dutch publishing scene is World Editions, a spin-off of independent publishing house De Geus that was officially launched by De Geus founder and publisher Eric Visser during the 2014 London Book Fair. Like De Geus, World Editions is looking for quality literary fiction and non-fiction from all over the world, to publish in Dutch as well as in English—and in the future possibly in other languages too.

The German publishing scene has had to deal with several challenges as well, though nothing similar to the Dutch turmoil. The country’s largest bookstore chain Thalia has been lagging behind when it comes to online sales, struggling to keep up with the fierce competition from Amazon.de.

What I noticed in Berlin above all was the large number of independent bookstores, most of whom have become a unique community resource. The Autorenbuchhandlung at the Savignyplatz for instance, where I held several of my meetings, is both a bookstore and a cafe where the book-loving community gathers to listen to book readings by new and established authors, and attend signings and other book-related events.

Added to this strong and reassuring independent bookstore presence, I noticed a general—though still careful—optimism while talking to the Berlin-based publishers I met with. This optimism is confirmed when observing the growing number of German sales among our recent rights deals. It is obvious that the economic crisis hasn’t hit the German (book) market as much as it has hit other European markets, in fact their overall economic situation is doing well. I saw active construction sites everywhere I looked while walking the streets or taking a ride on the S-Bahn through Berlin. 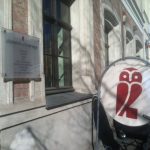 Ullstein Buchverlage, on the Friedrichstrasse 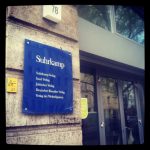 Suhrkamp Verlag, in the East-Berlin Pappelallee 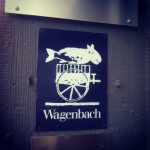 My next stop in Europe was the 2014 edition of the London Book Fair, which was held at the Earls Court Exhibition Centre for the last time. Besides talks about next year’s venue The Olympia, another much discussed item at the Fair was the announcement a few weeks earlier that the Netherlands and Flanders will be joint Guests of Honor at the 2016 Frankfurt Book Fair. As you can imagine, the 2 Seas team is very excited about this event and we have already noticed an increase in requests for titles from our Dutch clients! But that’s a topic we’ll have to get back to in another post…