New York Rights Fair 2019: A Restart at the Javits Center 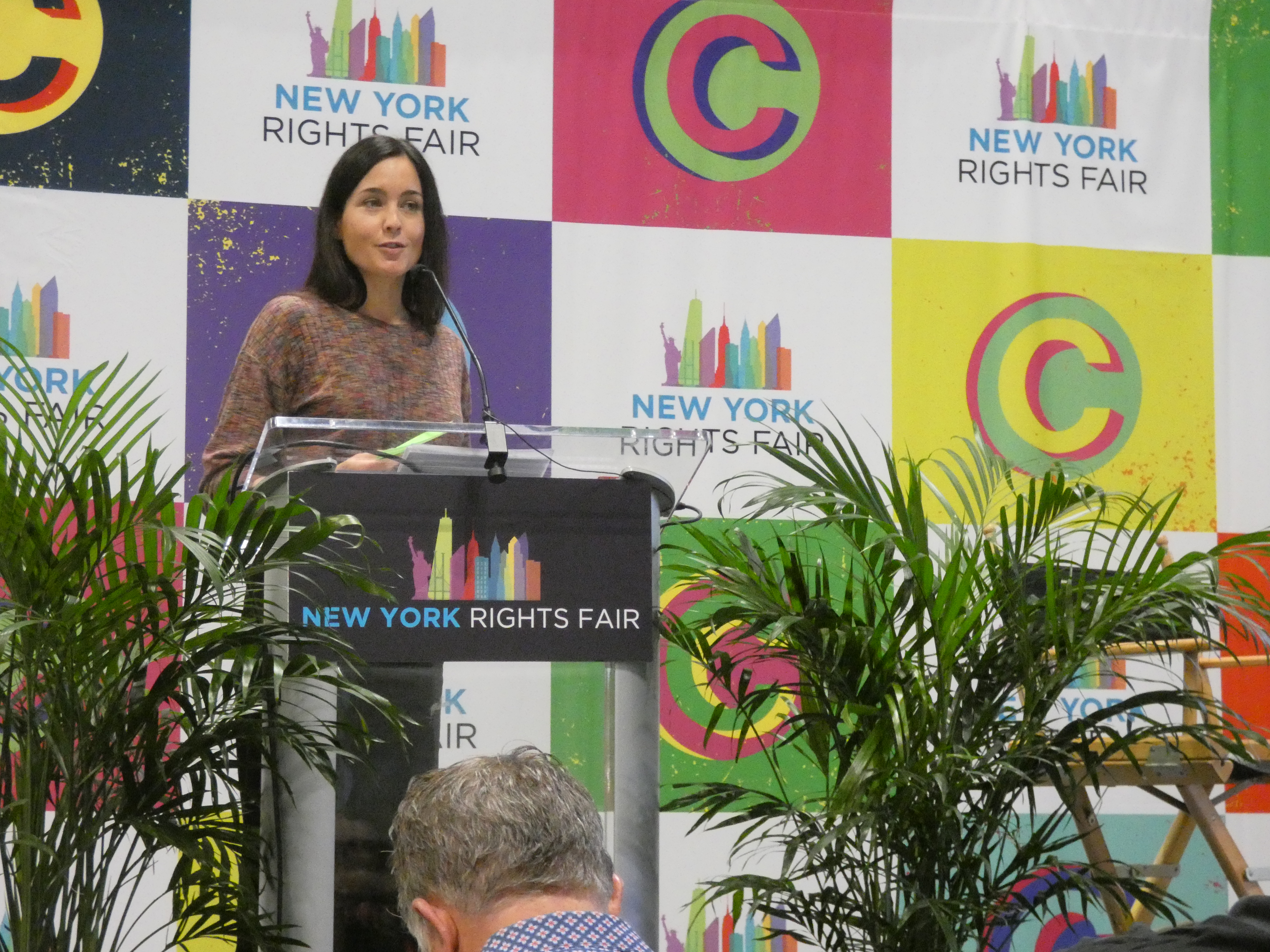 From May 28 – June 6, 2 Seas Agency visited publishers in New York and attended the second edition of the New York Rights Fair.

The first annual New York Rights Fair (NYRF) took place in May 2018, with the objective of putting New York on the international publishing map. Soon afterwards however, many questioned if this fair, organized by Publishers Weekly and Bologna Fiere, would take place again or if it was just a flash-in-the pan.

Last year’s New York Rights Fair was held in the Metropolitan Pavilion, which is about a half-hour walk from the Javits Convention Center where BookExpo took place at the same time. BookExpo has wrestled for years with falling visitor numbers and fewer booths. The international aspect of the fair is also not what it used to be, with an ever-increasingly smaller rights center. As I have pointed out before, BookExpo has never been able to (and never intentionally did) compete with the book fairs in Frankfurt and London, and has been focused primarily on the American market from the outset. 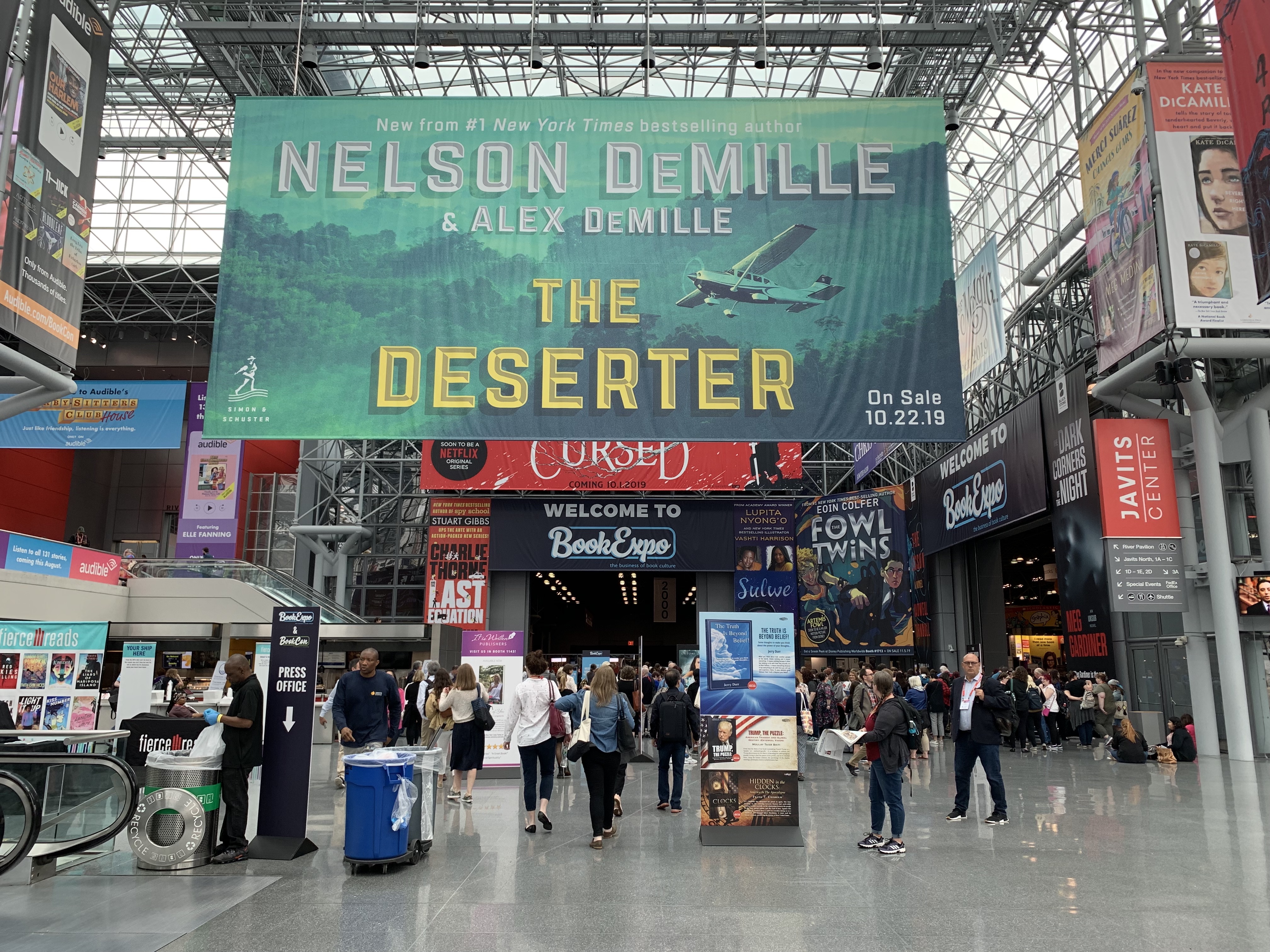 The entrance to BookExpo 2019

The fact that last year, the two fairs happened at the same time and in two buildings rather far away from each other made for much confusion and miscommunication. While the NYRF panels had been organized with good speakers, who brought up interesting topics and attracted many visitors, the stands from the international exhibitors were very quiet and the tables in the rights center were often unoccupied.

So I was pleasantly surprised when, a few months ago, I received an invitation to return to the New York Rights Fair to participate in a panel during its second edition. The organization had clearly listened to the feedback from the previous edition: the event was now to take place in the Javits Center, together with BookExpo.

This year the panels were once again well organized and well attended. A lot of attention was paid to film and TV adaptations, and the unstoppable development of online streaming services such as Netflix. Other topics discussed included the impact of Brexit on international rights sales, how international literature can be better promoted in the US, and current trends in youth and adult fiction and non-fiction. 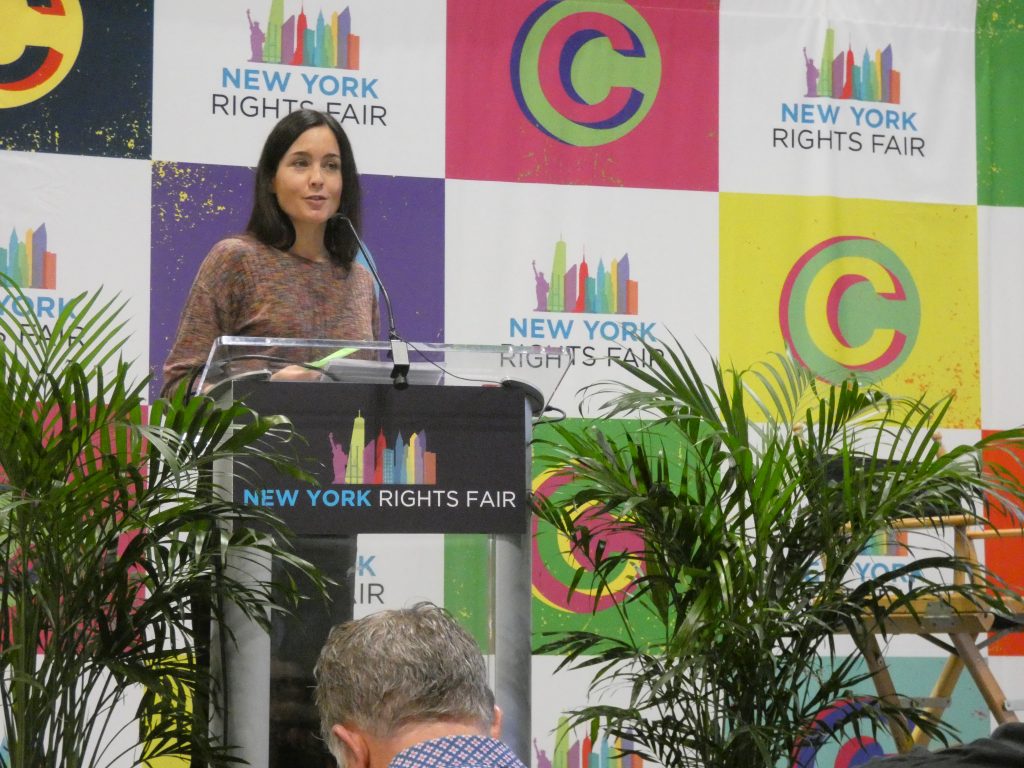 The panel in which I participated, with the impressive title ‘International Blockbusters’, also included American agent Barbara Zitwer, Peter Borland, VP & editor-in-chief of Atria Books/Simon & Schuster and Claire Sabatié-Garat of the Italian Literary Agency; the moderator was Gabriella Page-Fort, editorial director of AmazonCrossing.

At first I wasn’t sure how to approach the discussion when they asked me to talk about the Italian novel I Treni dei Bambini by Viola Ardone, in which 2 Seas has sold translation rights as a sub-agent in various countries including the Netherlands and the United States on behalf of the Alferj e Prestia Agenzia Letteraria. But it doesn’t yet have a “track record” in terms of copies sold, while this was the case for the other titles selected for the panel. At the time of writing, we are still waiting for the translatable manuscript from the Italian publisher, Einaudi, who will publish in September. 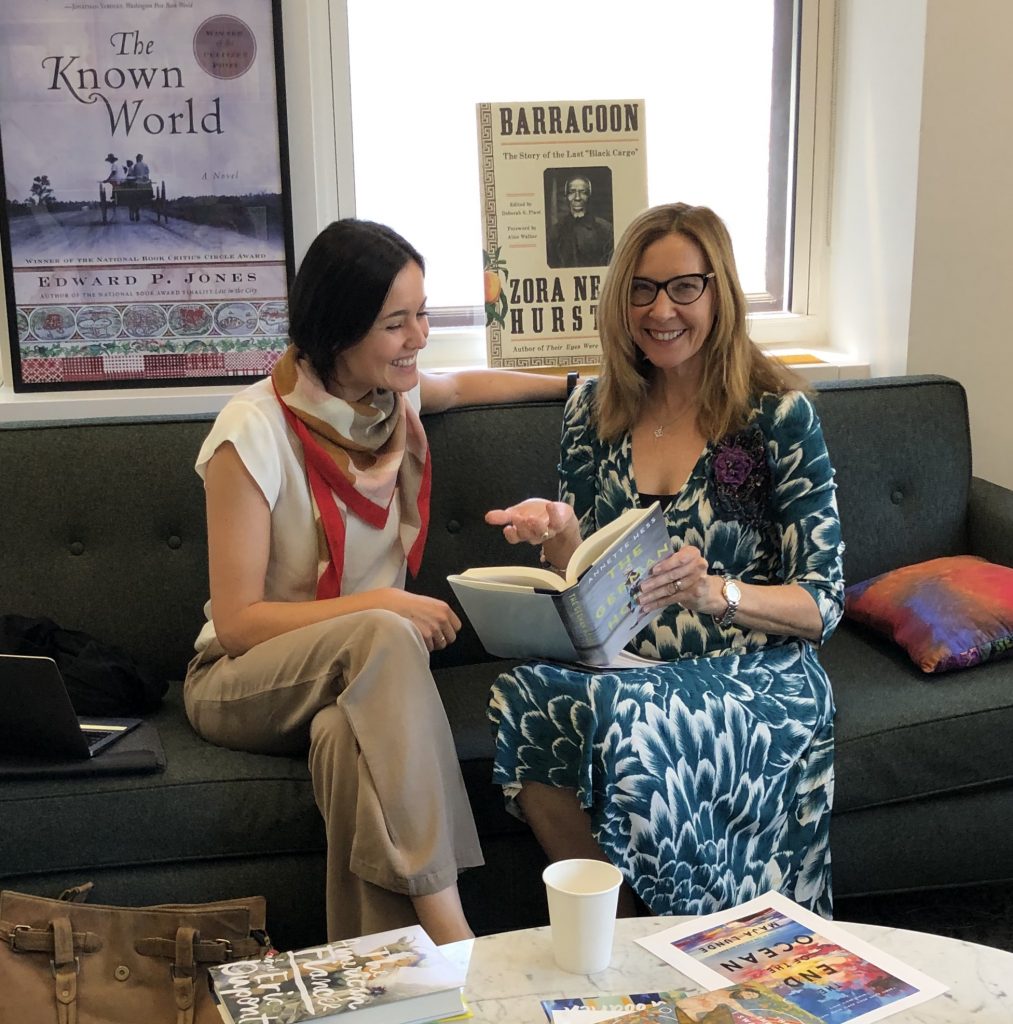 Fortunately, there was quite a lot to tell about the impressive way in which the book’s international rights were sold just before, and during, the 2018 Frankfurt Book Fair. The counter is now at 25 territories – Xander is the Dutch publisher, while English rights were acquired by HarperVia, a new imprint of HarperCollins that focuses on international authors. Both bought the rights through nice pre-emptive offers.

Despite the fact that the New York Rights Fair and BookExpo took place in the same building (and to a large extent also on the same floor), it was still fairly quiet in the rights center and the specific stands of the NYRF. Thankfully this led to a number of spontaneous meetings and appointments: I had managed to suppress my urge to overfill my NYRF schedule, and in general, people had enough time to have a good conversation without it being planned.

For example, I was able to catch up on the French book market with a number of former French colleagues and trade journalists at the stand of the Bureau International de l’Edition Française, which is responsible for promoting French books abroad. I also ended up speaking more Dutch than initially expected! Although I had made an appointment with Victor Schiferli from the Dutch Foundation for Literature, and planned a lunch with scout Marleen Reimer of Maria Campbell Associates, I also ran into New York-based Dutch agent Cecile Barendsma. In addition, I had arranged a nice, last-minute appointment with Febe van der Wardt, Publishing Director of Luitingh Sijthoff. 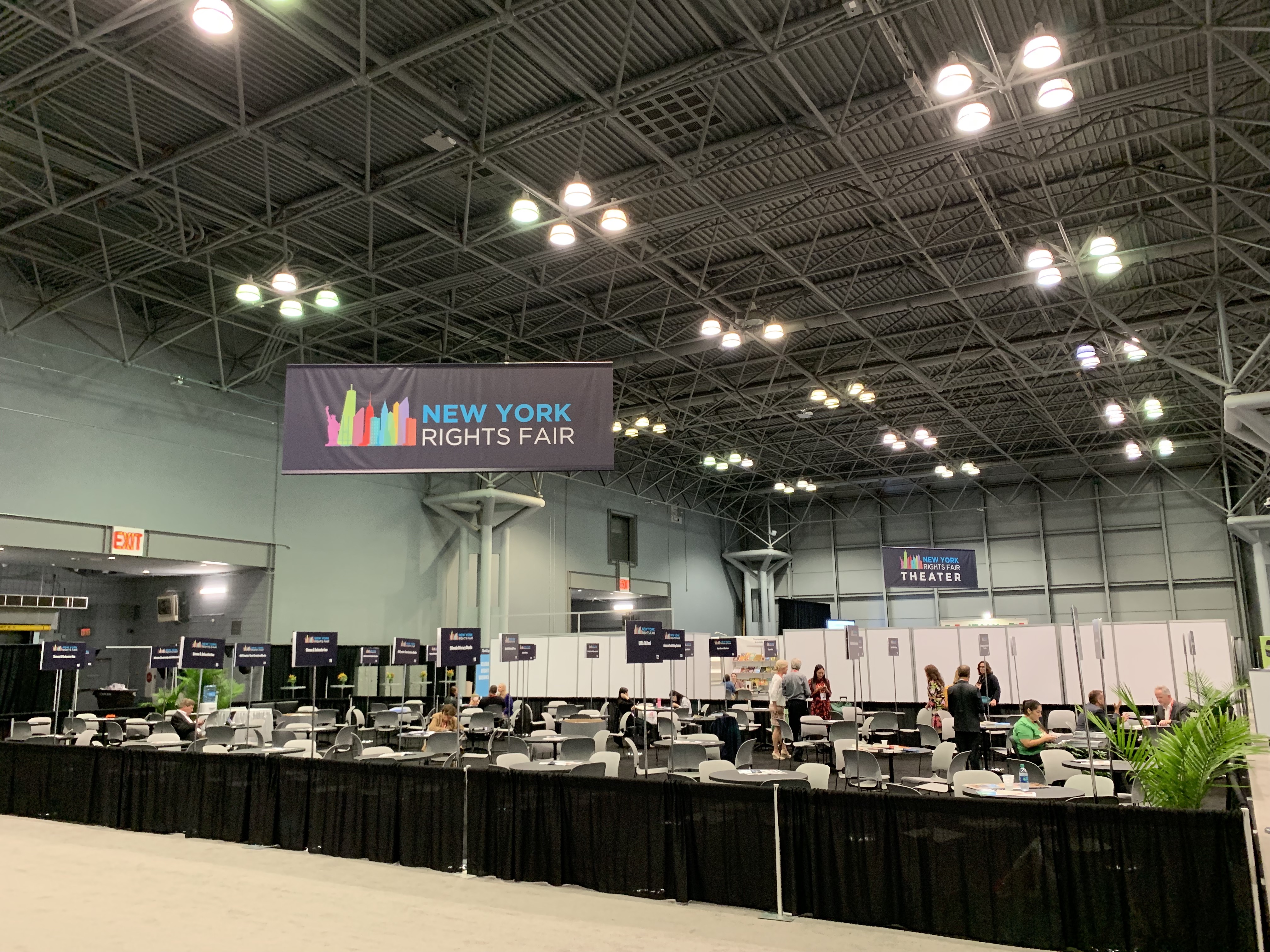 A fairly quiet Rights Center at the NYRF

I found the New York Rights Fair to be an improvement over last year, mainly thanks to the fact that it now took place at the Javits Center. BookExpo attracts American publishers who are not based in New York. These tend to be publishers who are interested in international literature, but don’t have the budget to travel to the fairs in London and Frankfurt. So the NYRF provided a perfect opportunity to talk to them in person.

However, a recurring question remains: how does one get New York publishers more interested in foreign literature? And from this, the question arises: how do you get New York publishers to attend the New York Rights Fair? A few exceptions aside, I met with most Manhattan-based publishers at their offices, and not at the fair. I knew to expect this, and that’s why I extended my New York visit with a week. I don’t see this changing any time soon.

First of all, the Javits Center and the neighborhood where it is located don’t have the best reputation among New Yorkers, who avoid going to BookExpo if they can. Secondly, if a visit can’t be avoided, they seem to be mainly concerned with the domestic (i.e. American) market. They attend the show if one of their authors is present on a panel, or they have appointments with, for example, booksellers, sales representatives, distribution partners or librarians about their current titles. I’ve been told that their minds aren’t focused on speaking to international agents and other rights sellers, who pitch international titles at the event that would be published in a year or two (or three).

What else can be done (or, how to increase that infamous 3%)?

Organizing an (international) rights fair in New York is a great initiative, which unfortunately brings along challenges. It can’t take place too close to the Frankfurt and London book fairs, but organizing it at the same time as BookExpo in the Javits Center doesn’t seem to be the ideal solution either.

Let’s not forget: the US remains an extremely difficult market for selling translation rights. That 3% is anchored in reality. In recent years however, I have noticed that – slowly – doors are opening: the unprecedented success of Elena Ferrante, a reduced supply of strong, interesting American fiction, publishing groups such as HarperCollins that are starting imprints focused on international literature… This is a fascinating topic with much to say about it, and one which I will undoubtedly return to in a subsequent blog post. Perhaps these open doors will open up further, leading to a hopeful future for the New York Rights Fair. 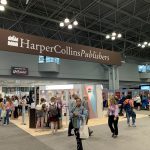 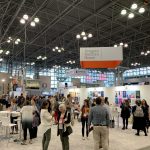 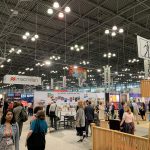 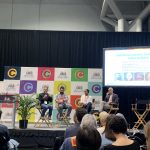 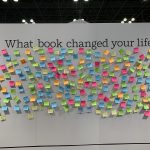 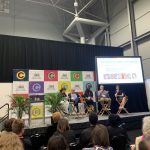