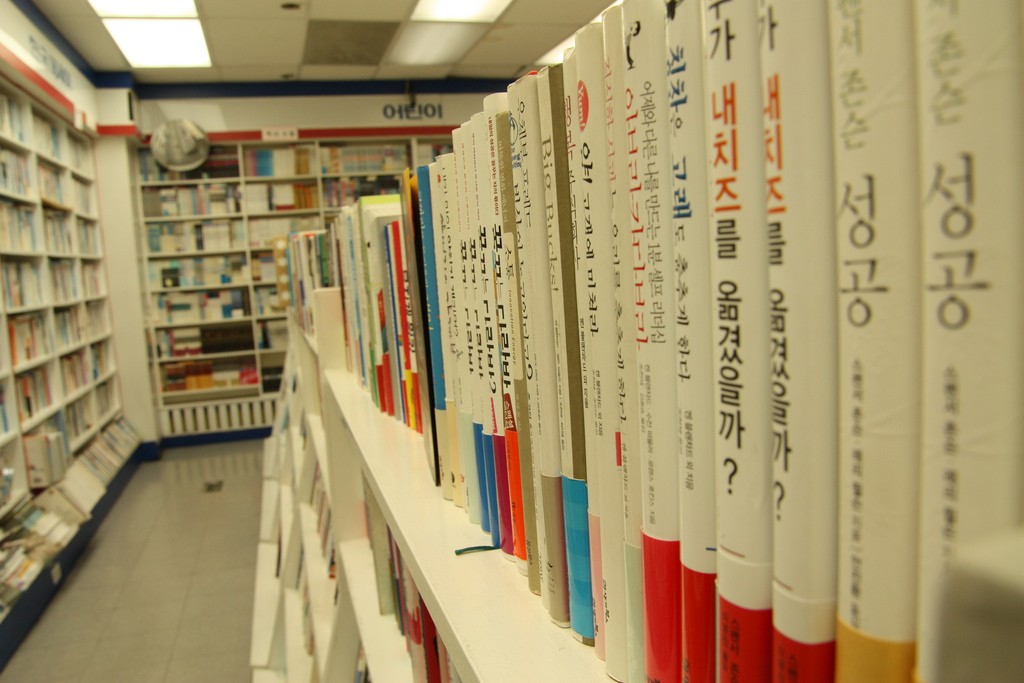 Posted at 16:27h in Articles & Advice, Asia by marleen 0 Comments

Korea is above all known as a major importer of foreign books—and indeed, after China it is the country 2 Seas Agency has closed most translation deals with in the past couple of months.

While the lively samba tunes of our recent Rio de Janeiro trip and the Frankfurt Book Fair 2013 Market Focus are still lingering in our ears, guest contributor Allison Scott proposes to take a look at Korea’s vibrant publishing market and its promotion of Korean literature abroad.

Next year’s London Book Fair will host its 10th annual Market Focus, an initiative that spotlights the publishing trade in a single country, promoting “commercial and cultural partnerships around the world.” The 2014 Market Focus country will be Korea. According to the LBF website, the decision to focus on Korea this year reflects “the country’s status as one of the top ten publishing markets in the world, and its expanding reputation within the international literary community, as exemplified by Kyung-sook Shin winning the Man Asian Literary Prize in 2011.” Notably, Korea was also the guest of honor at the Frankfurt Book Fair in 2005 and the Beijing International Book Fair in 2012.

The Market Focus will include a Professional Program at the fair, comprised of six informational sessions to educate international attendees about the various facets of the Korean book market. This program is being put on in conjunction with the UK’s Publishers Association (PA), which is also organizing other events focused on the Korean publishing market in the coming months including sessions at their International Conference 2013: International Challenges and Opportunities in an Evolving Marketplace this December.

The fair is also conducting an 18-month Cultural Program curated by the British Council, featuring seminars and high-profile literary events that seek to build relationships between UK and Korean authors, editors, translators, and other publishing professionals. As part of the preparation for the 2014 Market Focus, the British Council and the Literature Translation Institute of Korea are sponsoring six UK editors on a “scoping and study trip” of Korea this month.

According to the Korea Times, fourteen Korean publishers and literary institutions will participate in LBF, including the Literature in Translation Institute of Korea, Kong & Park, Inc., YeaRimDang Publishing Co., Ltd., and Sakyejul Publishing. The Times also highlights the particular importance of the Korean market to UK publishing:

“Emma House, trade and international director of the Publishers Association, said that Korea is an important market for translational rights sales for U.K. publishers as well as for export sales, with a 15 percent growth of the U.K. book exports over the last three years. In 2010, some 10,500 translated titles were published in Korea, with Japan, the U.S. and the U.K. making up 77 percent of the total translated titles.”

In addition to the numerous foreign titles that Korean publishers translate for their market, Korean literature is also gaining traction in foreign markets. Take for example Kwiaty Orientu, a Polish press that has been specializing in Korean to Polish translations since 2007. According to the Korea Herald,

“Since 2007, [Kwiaty Orientu Founder and Publisher] Stefanska has introduced some 20 works of Korean literature in her home country, including short stories by celebrated Korean author Kim Young-ha and writer Oh Jung-hee. The Polish edition of author Hwang Sun-mi’s children’s novel, ‘Leafie, a Hen into the Wild,’ published by Stefanska’s publishing house, was named the ‘Best Book of Spring 2012’ (Najlepsza ksika na wiosne 2012) by Granice.pl, a renowned literary organization in Poland.”

Korean literature is also gaining prominence in France. Novelist Yu-joo Han, who attended an overseas residency program at Aix-Marseilles University in 2012, commented on the changes she has seen in France since her first visit five years earlier:

“A number of Korean books written by Kim Hun, Kim Young-ha and Yi Mun-yol can now be found on the shelves of French bookstores…It’s only a matter of time for foreign literature to leap forward someday after this kind of overseas exchange program and other cultural factors, because I have detected many changes around me in France.” (Publishing Perspectives)

Han is one of 38 Korean writers that have been sent abroad on overseas residency programs since 2003, sponsored by the Literature Translation Institute of Korea (Korea Times). LTI, Korean publishers, and the Korean government have made a concerted effort to support publishing at home and abroad through initiatives like this residency program and even the creation of a dedicated publishing city. South Korea’s Paju Bookcity is a planned community that houses 200 publishing companies and supports some 10,000 publishing professionals (for more information on Book Towns around the world, check out the International Organisation of Book Towns). Korea has also been hosting its annual Seoul International Book Fair since 1995, and celebrated its largest fair this year.

Despite the efforts of LTI to promote Korean literature abroad and the pockets of popularity that this literature has found internationally, Korean literature has a long way to go in gaining broad international recognition. Byung-yeul Baek of the Korea Times comments that “despite the record number of participants, the lack of people from major English-speaking nations shows that the SIBF hasn’t fully earned its stripes yet as an international event.” In that same article, Ki-ho Han, head of the Korean Publishing Market Research Institute, states,

“Major publishers in English-speaking nations, which obviously are the biggest movers in the global market, haven’t been joining the event. This prevents SIBF from being taken seriously as an international book industry event.”

In a separate article in the Korea Times, Ay-young Chung reports that Korean writers traveling abroad quickly become aware that Korean culture and literature is largely unknown internationally. Yi-soo Hae, a Korean author who participated in the International Writing Program at the University of Iowa last year, remarked on the lack of general knowledge of Korean culture among his American acquaintances: “They are well aware of Korean film directors and K-pop singers such as Psy but they don’t know Korean literature. But it’s understandable that there is cutthroat competition among non-English literary works to make inroads into the U.S. publishing market.”

As Korean authors continue to gain acknowledgement and acclaim internationally through bestselling and award-winning works, and as LTI and Korean publishers expand their reach through international partnerships like the LBF Market Focus and The Library of Korean Literature published by Dalkey Archive Press, it is only a matter of time before Korean literature gains significant international prominence and reach.