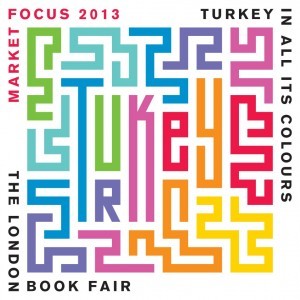 Posted at 23:34h in Articles & Advice, Turkey by marleen 0 Comments

Turkey: A Land of Publishing Opportunity

The publishing world has had its eye on Turkey for some time now, and when taken altogether, Turkey has made some staggering progress in the literary world:

Add to all this the fact that Turkey’s Finance Minister and the World Bank project 4% economic growth for Turkey in 2013, and a fall in inflation, and it doesn’t seem too far-fetched to hope that this vibrant economy and growing publishing industry will lead to increasing domestic and international publishing opportunities. This is especially exciting for those dealing in foreign rights because nearly 50% of the books published each year in Turkey are translations.

Those familiar with publishing and journalism in Turkey, though, know that the media situation isn’t all good news. Indeed, Turkey has made a name for itself in the international community as being one of the most oppressive countries in suppressing free speech.  A report released last October by the US-based Committee to Protect Journalists listed shocking findings, the most oft-repeated being that Turkey has more journalists in jail than any other country (a total of 76 as of August 1, 2012). A similar report, published by the Organisation for Security and Cooperation in Europe (OSCE), found the number closer to 100.

It has been reported that this oppression of the media hasn’t broadly affected the publishing industry, insofar as many publishers continue to publish and sell banned books. As the New York Times reported last year, “Forty years after the publisher Suleyman Ege was sentenced to seven and a half years in prison for publishing the Communist Manifesto in Turkish, readers today can choose between several Turkish editions of the book and even a Kurdish one.” Still, banned books are effectively prohibited from schools, university, prisons, and the military, starkly affecting accessibility and sales opportunities.

It is greatly encouraging, then, both from a free-speech perspective and from a publishing perspective, that as of January 5, 2013, all bans on books and periodicals have been lifted, affecting some 23,000 titles.  Some see the move as largely symbolic, given that many banned books remained in print or resurfaced after the ban had been forgotten or ignored. But for the many people whose books have been seized, or the state institutions that were barred from housing or disseminating these titles, this is a significant victory. Too, it speaks to a step in the right direction for Turkey, though many critics express concern that it isn’t enough. It is too early to speculate on the immediate effects of this change on the publishing market, but we can hope it will lead to increased accessibility and sale of previously banned titles and thus provide a significant contribution to the cultural landscape of Turkey, as well as provide new revenue that publishers can invest in their expanding publishing programs.

The great strides of Turkey’s publishing industry, despite political turmoil, cannot be denied. With economic growth in a time of global financial crisis, an exponentially growing publishing market, a huge demand for works in translation, and an increasingly recognized high-caliber literary tradition, Turkey should be viewed as a key opportunity in the international publishing arena.

If you want to know more….

Make sure to check out 2 Seas Agency’s Translation Grants page!

Lifting of the Bans: