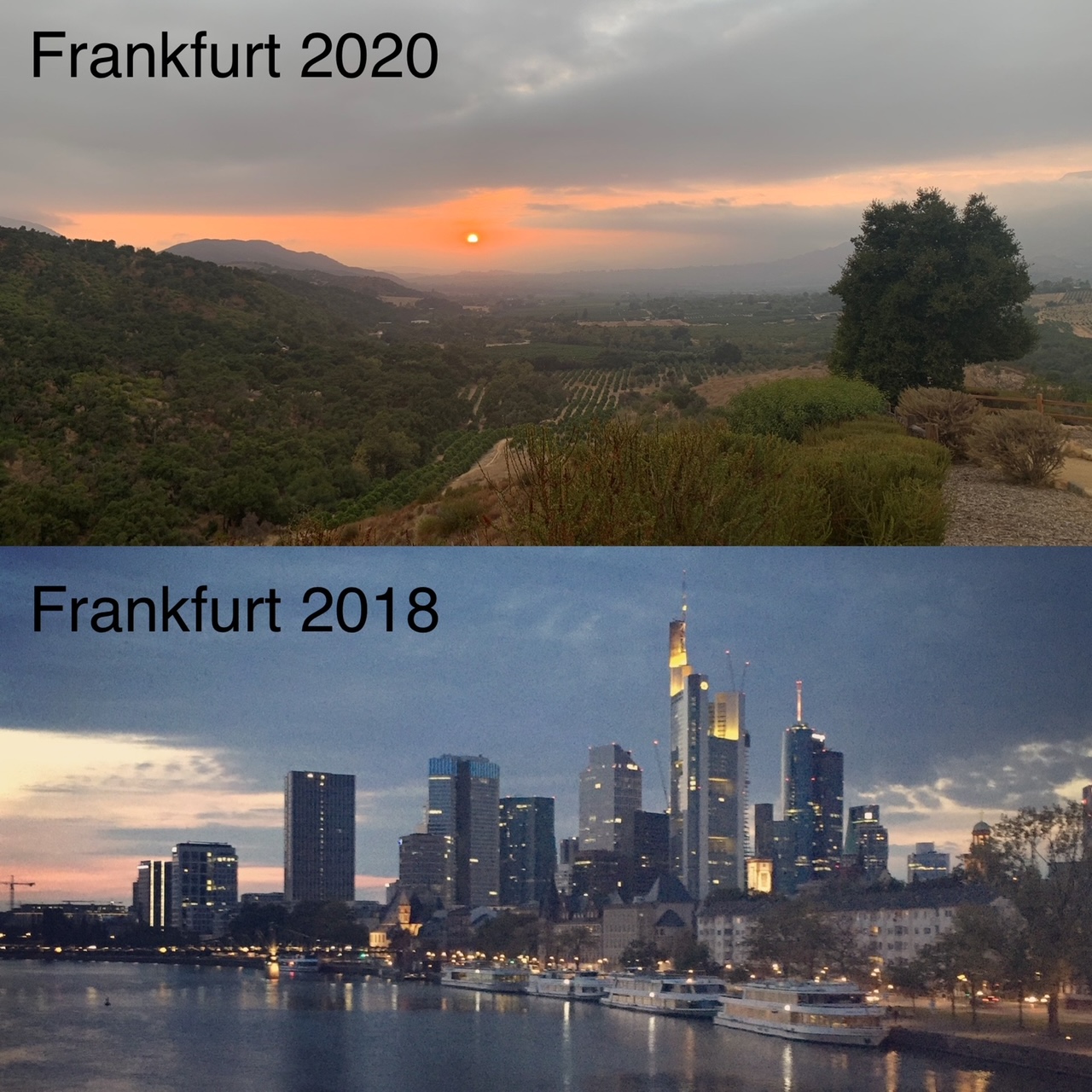 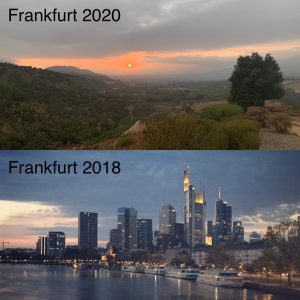 Look for the differences . . .

As many of you know, I’ve traveled extensively to international book fairs and elsewhere since the start of 2 Seas Agency in 2011.

However, these unprecedented times call for a different approach. Most likely, I’ll be staying put in California until the end of the year — if not longer.

In spite of admirable attempts by the Frankfurt Book Fair organization to make a physical fair happen, the 2020 edition of the most important event in international publishing went fully digital.

Senior Agent Chrys and I are both excited to be taking part in the virtual Frankfurt Book Fair. Besides the official #fbm20, the hashtags #Fauxfurt and #Fakefurt quickly started trending among international publishing people.

I hear you wonder, how about the 9-hour time difference between California and Frankfurt? Well, I decided to work on night shifts in order to enjoy the virtual Frankfurt Book Fair experience to the maximum. 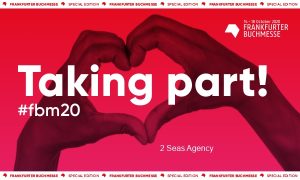 This is definitely a first, and required a different kind of organization and preparation than what I’d grown accustomed to over the last nine years. For starters, I didn’t want to keep my husband and Millie the cat awake at night.

I found a beautiful place to stay at a retreat center called Meditation Mount, which is very quiet and surrounded by nothing much other than nature. I didn’t have to drive far to get to my virtual Frankfurt Book Fair retreat as it is located in Ojai, the town where I live.

My virtual book fair meetings already began around mid-September. As the month went by, I started my days slightly earlier each morning to prevent the switch to working on night shift from being too brutal. Thanks to the wonderful efficiency of Foreign Rights Assistant Nikoleta, who took care of my schedule, I’d already finished over 50 meetings before moving to my “Fauxfurt” HQ.

I’m happy to share the diary with you that I kept during my virtual Frankfurt Book Fair retreat, for the remaining 10 days of the online event. Read Part 1 below . . .

Today I packed and moved to my Fauxfurt apartment, on the east end of the beautiful Ojai Valley. About a half-hour drive from our house, I’ll be staying here for the next 10 days to attend the virtual Frankfurt Book Fair and conduct close to 70 virtual meetings with clients, acquiring editors, co-agents and literary scouts from around the world. 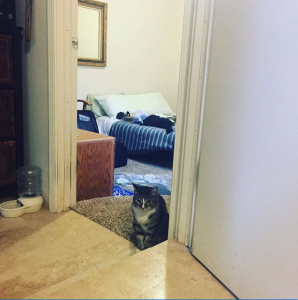 It was a lot easier to pack for this trip than when I leave on my usual five to six week-trip to Europe early September. On the cusp of two seasons, I then have to anticipate late summer heat as well as cold and stormy European fall weather. Here in California however, I am finding out that the summer continues well into October — note that this is the first time I’m not leaving for Europe this time of the year since moving here in 2011. This weekend we even experienced a heatwave, with temperatures of up to 40°C (over 100 F). Now it’s “only” 30°C (mid-80s F) during the day. I had a lot less bulky items to pack into my virtual Frankfurt Book Fair suitcase: no winter coat, big warm sweaters, or heavy, rain-proof boots.

Though I used the infamous Evernote #2SeasEurotour checklist I’ve established over the years, knowing I wasn’t going anywhere far probably made me pay less attention. My brain is also slightly fuzzy because I’ve begun working much earlier in the mornings. As a result I had to go back to the house to fetch a few things I’d forgotten — not an option normally!

It is 8:43pm and I am going to bed. My first meeting is at 6am tomorrow, and it will be the first day that I am seriously shifting towards working on Central European (Frankfurt) time. Next week, when the virtual Frankfurt Book Fair actually takes place, my meetings start at half past midnight California time. Hello melatonin my old friend! 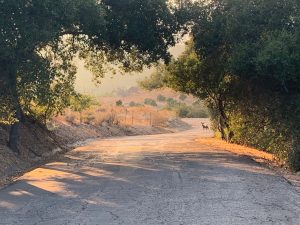 A few deer accompanied me on my evening walk

The first night in my Fauxfurt apartment felt a little unbalanced — I kept waking up — but I’m still feeling OK today. My 6am meeting, and the following ones, went well though some allergies fired up mid-morning. I could barely look at the people I was meeting with virtually, as my eyes were tearing up.

It was one of the rare meetings Sr Agent Chrys and I were attending together — we both have fully booked and mostly separate schedules — so fortunately she could take notes. The allergies must have been caused by some kind of plant or flower I’m not used to. As I am in the middle of nowhere, there are LOTS of potential causes. Many antihistamines make you drowsy, so when I went to the pharmacy to get medication, I made sure to mention I’m also taking melatonin at the moment . . .

I finished the day with a nice walk as the sun was setting (Meditation Mount has some spectacular sunset views) and a few deer showed up to accompany me. Bedtime at 8pm, my first meeting tomorrow starts at 4:30am (or 2:30pm Central European time. Note to self: I really need to start thinking in the Frankfurt time zone, as if I’m truly there).

Slept much better, thanks to a bigger dose of melatonin.

Since I’m pretty isolated (which is a good thing since I’ll soon be up talking all night) it takes a while to get to the nearest supermarket. And forget about going to a restaurant every night (well, late morning), Frankfurt style… I miss Frankfurt dinners! 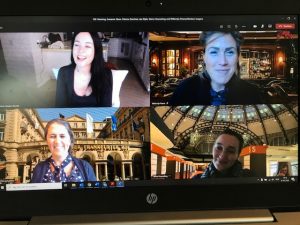 Transported to Frankfurt with the Meulenhoff-Boekerij team © Suzanne Aben

Anticipating this, I pre-cooked several meals before moving to  my virtual Frankfurt Book Fair retreat. I also emptied our freezer from its Tupperware leftover containers, though I have no idea what’s in them as they’re not labeled (business idea?). This morning’s meetings went really well thanks in part to a large cup of strong black coffee — the first thing I packed was our stove-top espresso-maker!

I was very moved when, during my 5am/2pm meeting with our client Meulenhoff Boekerij, I was virtually transported to Frankfurt. They each switched their Teams background to an iconic image of the Frankfurt Book Fair: the front of the Frankfurter Hof (Paloma Sanchez), the bar of this not-to-be-missed meeting place once the fairgrounds close (and where you pay €20 for a glass of wine) (Willemijn Peene), and last year’s Agents Center in the Festhalle, with its impressive dome-shaped glass ceiling (Sterre Houweling). I definitely have to up my game for my background image!

Thank you Paloma, Willemijn, Sterre and Suzanne for this surprise “transportation” — a bittersweet moment that put a big smile on my face but also made my eyes watery.

First meeting at 4am! When my alarm went off at 3:20am, I truly realized how isolated I am here at my Frankfurt retreat. There was a complete, all-devouring silence for the first 10 minutes or so. No sounds to be heard, nothing. Then I heard a deep, slow woohoo: an owl seemed to be sitting right outside of my bedroom window. Some scary Twin Peaks-y thoughts welled up (the owls are not what they seem) so I started my morning yoga routine right away in order to concentrate on something else. 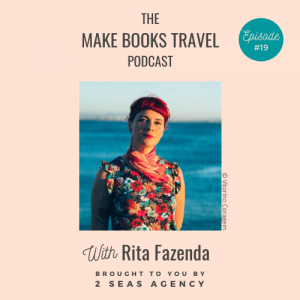 The Make Books Travel podcast episode #19: An Interview with Rita Fazenda about the 2020 Lisbon Book Fair

In spite of the uncertainties that lie ahead for many of us due to the rise in Covid-19 cases throughout Europe and the American continent (I have to admit I haven’t been following the situation in Asia, although a South-Korean co-agent mentioned during our meeting that there are only about 100 new daily cases reported throughout the country), the general spirit during my meetings is positive and uplifting.

Surely, one of the reasons is the mere fact that we’re seeing each other again, albeit virtually, after the London Book Fair was cancelled last-minute back in March. Since then, book fairs and literary salons have been cancelled or moved online.

One exception is the 2020 Lisbon Book Fair, an event held traditionally outdoors, which was postponed from the spring to late summer. (I interviewed Portuguese editor Rita Fazenda for 2 Seas Agency’s Make Books Travel podcast on the eve of the fair opening.)

After many countries went into a severe lockdown this spring, editors have seen their publishing markets recover — and sometimes even thrive — over the summer. A great number of book publications that were to take place in the spring were postponed however, causing a bottleneck effect with titles to be published this fall and next spring. Many editors I’m speaking with are even more careful than usual when it comes to acquiring new titles, since their publishing programs tend to be full until some time till late 2021, early 2022.

My self-induced jetlag seems to make my body crave food almost constantly and today I was starving at 3pm — dinner time! I managed to push it to 4pm so I could have (late/early) dinner with my husband in town. One of the silver linings of this virtual Frankfurt Book Fair! Though we actually first met at this very book fair in 2008, he hasn’t been going to Frankfurt for several years. I usually don’t see him at all during my trips to Europe in the fall. 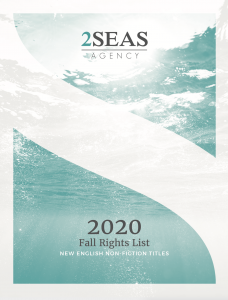 It’s the weekend! But my intention is to stick to the rhythm of getting up very early in the morning and going to bed in the late afternoon. Hopefully this will make my Monday meeting at 12:30am Cali time/9:30am Frankfurt time a somewhat attainable goal.

I went back to our house for a bit on both days, which was very weird I have to admit. I’m conducting Frankfurt meetings while I’m only a 30-min drive away from my own bed . . . Millie the cat was incredulous when I showed up. In non-Covid times, when she sees me leave with a suitcase in my hand she knows she doesn’t get to see me for at least 5 weeks. She totally snubbed me, of  course. My husband was on an entirely different schedule than I was — that is, a regular schedule California time. My excited mid-afternoon mood and his early morning “I just woke up”-energy didn’t quite match!

Going to the grocery store was another experience! Seeing familiar faces at the cash register of my local supermarket didn’t align with my book fair mood. Getting to buy my favorite brand of cereals and almond milk though was heavenly — I am pretty adventurous when it comes to food, EXCEPT breakfast.

All in all it’s been a pretty disoriented weekend, with a self-induced jetlag but no meetings to keep me going. I am actually looking forward to getting up at 11:30pm in order to be ready for my 12:30am meetings this coming week. Bring it on, virtual Frankfurt Book Fair!