The Rise of Self-Publishing 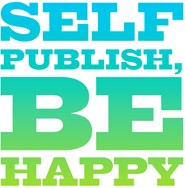 09 Jun The Rise of Self-Publishing

As digital publishing continues to alter the publishing landscape, the role of self-publishing is increasingly an important topic of discussion. It was not so long ago that self-publishing was the disdain of both the publishing world and general readership, who looked upon these vanity press publications as material not worthy of traditional publishers. To some extent, there remains a stigma against self-published works. But the notable success of some self-published authors–including Amanda Hocking, E.L. James, Hugh Howey, and Bella Andre–and the subsequent signing of such authors by traditional publishers, forces us to re-evaluate our perceptions of the quality of self-published books and to question what implications this growing phenomenon will have on publishing and reading in the future. With its staggering increase, up 287% in the US since 2006 and totaling more than 235,000 in print and electronic format, self-publishing is a development we cannot afford to ignore. So what do the developments in self-publishing mean for authors and how does it affect publishers?

What Self-Publishing Means for Authors

The good news for authors is that nearly anyone can publish his or her books. With self-publishing companies like Lulu and Smashwords, you can have your e-book available through major distributors with little difficulty and very little capital. Self-publishing also offers authors complete creative control. On the monetary side of things, self-published authors make significantly higher royalties than authors make from books published by traditional publishers, as Leslie Kaufman writes in her New York Times article “New Publisher Authors Trust: Themselves”: “While self-published authors get no advance, they typically receive 70 percent of sales. A standard contract with a traditional house gives an author an advance, and only pays royalties — the standard is 25 percent of digital sales and 7 to 12 percent of the list price for bound books — after the advance is earned back in sales.” And, with some luck, your self-publishing success could get you recognized by major traditional publishers and result in a book deal with the much-desired lucrative advance. Most important, perhaps, is the relationship that self-published authors and their fans are able to develop, allowing authors to know what their readers want and to scale up that fan base into a sustainable market.

But it isn’t all good news. The hard truth is that most self-published books don’t sell that many copies. If you are looking to the success of self-published authors that have crossed over into the realm of traditional publishing–with it’s advances and powerful marketing machine–you need to realize that you won’t be picked up without selling a lot of copies (see this bracing post from literary agent Janet Ried). It’s worth reiterating, then, that “most self-published books sell fewer than 100 or 150 copies” (NYT). To get some perspective on how many copies self-published bestsellers have sold, and how many free copies the authors gave away to promote their book, this GalleyCat article is particularly enlightening.

It’s also important to realize that while the cost might be low to get your manuscript converted and distributed, authors can end up shelling out a lot of cash in order to make a high-quality book, covering costs like developmental editing, copyediting, design, conversion, marketing, and promotion. With hundreds of thousands of titles available to readers, marketing and discoverability are vital and expensive. For a reality check, read over this MediaShift post on self-publishing costs.

Self-publishing is hard and often doesn’t have a lot of return for the author. But there are now a great deal of resources that help authors do it more successfully, like self-publishing advocate Guy Kawasaki’s book APE: Author, Publisher, Entrepreneur, which guides would-be self-published authors on how to successfully produce and promote a book, or Carla King’s How to Self-Publish Your Book. Authors who’ve excelled through self-publishing have also diminished the stigma against this route to publication and have a lot of advice for how to be successful (see this helpful article about advice from authors Orna Ross and Polly Courtney at the London Book Fair). I would also recommend checking out this handy guide from former Writer’s Digest publisher and current editor of Virginia Quarterly Review Jane Friedman on the various publishing paths authors can follow, outlining the differences between traditional publishing, partnerships, fully-assisted self-publishing, DIY plus distributor self-publishing, and DIY direct self-publishing.

What Self-Publishing Means for Publishers

Less overt implications of self-publishing on traditional publishing are the several hallmarks of self-publishing that have found their way into traditional publishing. Similar to the practice of self-publishers, traditional publishers are now taking advantage of e-riginals and print-on-demand, lowering or eliminating warehousing and distribution costs. Ideally, this also removes inefficiencies of over-printing, which lead to inventory warehousing costs. An important consideration is whether or to what degree these savings are reduced by the higher cost of smaller print runs. It will be interesting to follow the development of high-quality and low-cost print on demand, which would likely create more opportunity for small, independent publishers.

With the importance of brick-and-mortar bookstores declining and the preeminence of web-based discoverability increasing, traditional publishers find themselves in the same position that self-publishers have almost always been in: needing to engage directly with readers through community building and increasing discoverability through robust and targeted SEO. Scholastic, for example, has been particularly successful at community building around its YA and middle grade fiction, including the wildly popular 39 Clues series and online community. Facilitating the connection between author and reader is a service that traditional publishers can provide to help engage readers and support authors.

Take, for example, OR Books, which was profiled in a recent 2 Seas Agency article on new publishing models. OR Books employs a print-on-demand and a platform-agnostic e-book model, with both formats being sold directly to the consumer through the publishers website. Their “About Us” page claims that the benefits of their publishing model include a “rapid publishing turnaround, so relevant books can intervene quickly in issues of the day” and the avoidance of “the inefficiencies of conventional publishing to better serve readers, writers and the environment.” The shift away from the traditional model of warehousing and distributor channels also led to OR Books rethinking the typical traditional publisher’s relationship with bookstores, both discounting structures and returns, allowing for innovation of better, more efficient models.

Self-publishing companies can also have a more direct role in the shaping of these small independent publishers. Realizing that the services they provide to individual self-publishing authors is similar to the processes of a publishing house, self-publishing companies now offer these services to publishing houses directly. PressBooks is a free service for individuals and small publishers, like Rogue Reader, to create e-book files (EPUB/PDF) and they provide distribution services as a cost in partnership with BookBaby and INscribe Digital. Though services like Ingram’s Lightening Source has a broader reach in terms of distribution channels, and offers print-on-demand, it seems likely that more printing and self-publishing vendors will offer conversion, POD, and distribution support to publishers in the future.

The influence of self-publishing on traditional publishing has not been all positive, however. Some publishers, namely Random House, have sought to capitalize on self-publishing by creating digital imprints that follow a self-publishing model. The terms of the contracts for the two imprints, Hydra and Alibi, have been the focus of much derision in the press and blogosphere for being, as the Science Fiction and Fantasy Writers of America called them, “onerous and unconscionable.” Basically, the model is a profit-sharing approach that features no advance and a 50/50 split of revenue between the author and publisher. Like a self-publishing model, the author is also expected to pay the up-front costs, to be determined by the publisher. There seems to be little benefit to this arrangement for a self-publishing author, who could likely get a better revenue split through other self-publishing means and pay for top-notch editorial services elsewhere. Worse, the Hydra/Alibi contract grants the publisher both primary and subsidiary rights for the life of the copyright, which no self-publishing service would ever require. If publishers want to employ a profit-sharing, partnership model–especially new, small presses that don’t have the start-up capital to offer advances–they should take the Hydra/Alibi backlash as a cautionary tale when creating contract terms.

What Self-Publishing Means for Foreign Rights

In most cases (the Hydra/Alibi situation excluded), self-published authors retain their rights, including foreign rights. Authors have a difficult time promoting and selling their books domestically, let alone abroad, providing an opportunity for foreign rights agents to represent these titles in other countries. Some self-publishers, like Lulu in partnership with Ingram and Amazon, make the English print and digital editions of books available for distribution abroad, but there is no promotion in those countries and translations aren’t addressed.

Representing translation rights for self-published authors has its challenges. The self-publishing stigma is certainly still prevalent abroad and, as will domestic agents and publishers, it is difficult to persuade foreign publishers to assume the cost of translating and an advance for a self-published work unless it already has very good sales. Representing the foreign rights of individual authors, too, might prove more trouble than it’s worth to most agents. On the other hand, there are excellent self-published authors that do have international appeal, like 2 Seas Agency’s very own Debora Geary (check out our enlightening interview with Debora here). As big-name authors turn to self-publishing as a viable publishing route, it will require that foreign rights agents pay attention to and even seek out self-published authors to represent. Whether big name authors will continue to jump the traditional ship into the digital realm, though, remains to be seen, with authors like Stephen King returning to print only and experienced authors lamenting the work and low-return of self-publishing.

What is clear, though, is that self-publishing is here to stay and increasingly a legitimate publishing route for marketable fiction and non-fiction. With domestic publishers constantly scouring the self-published titles for the next E. L. James, it behooves foreign rights agents to also seek out top-selling self-published authors to represent.