Traditional vs. Self Publishing 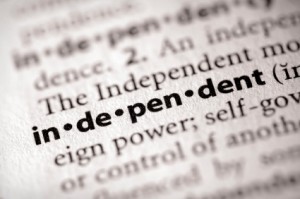 16 Feb Traditional vs. Self Publishing

Posted at 22:14h in Articles & Advice, Clients by marleen 0 Comments

“For someone with an entrepreneurial spirit, self-publishing rocks.” 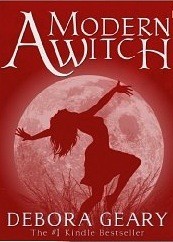 There are currently hundreds of possibilities for authors to self-publish. 1

Lulu, Amazon’s Create Space, and Kindle Direct Publishing are among the most popular solutions. Traditional publishers such as Simon & Schuster have also joined “the other side” by partnering with Author Solutions (which itself was bought last summer by Pearson). Non-English speaking countries have seen the rise of several local self-publishing companies such as XinXii, present in a certain number of European countries, and the Holtzbrink-owned Epubli in Germany.

With so many possibilities available to anyone who even merely remotely cherishes writing aspirations, it comes as no surprise that an increasing number of books is published every day. Once their book is out however, most authors who go down the self-publishing road struggle to be discovered, find their readership, create a tribe, to use one of Seth Godin’s favorite terms.

Indeed, according to Hachette Book Group’s CEO Michael Pietsch, the reason why writers pick traditional publishers over self-publishing is “for marketing. They want someone who can help them take what they’ve created and get it everywhere.” 2

Author Jennie Nash, who self-published after having been published with several major New York houses, confirms: “I thought that with a few flicks of the mouse, I’d quickly sell thousands of books and build a buzz that would carry me to even greater sales. It didn’t happen.” 3

Yet a small number of self-published authors do manage to market their books successfully, and go on to sell hundreds of thousands of copies—and more. In 2011, John Locke and Amanda Hocking were all over the international publishing news.

We decided to question another best-selling indie author Debora Geary about the story behind her success. She has among others published two fantasy series, A MODERN WITCH and THE WITCHLIGHT trilogy, whose translation rights 2 Seas Agency is delighted to represent throughout the world:

Marleen: A MODERN WITCH, the first book in the series bearing the same name, was published in March 2011. This was the first book you wrote. What made you decide to self-publish in the first place?

Debora: Two years ago, I was a reader, not a writer. And I was an avid Kindle reader, thanks to my husband and the best anniversary gift ever. I stumbled across an article talking about publishing straight to Kindle, and it flipped a switch for me—I woke up only a few days later with the kernel of A MODERN WITCH in my head.

I was very fortunate—my first book found a home with readers, and less than six months later, I had closed my previous business and was writing full time. I got to be in wonderful contact with my reader audience, new books in the series were available just a few days after I got the final edits back, and it was fun.

Marleen: Many indie authors eventually “give up” their independence: Amanda Hocking went on to sign with Saint Martin’s Press, and an earlier version of the 50 SHADES OF GREY trilogy was initially self-published as Twilight fan fiction before E.L. James signed with a traditional publisher.

Why do you prefer to continue self-publishing your books, after having sold several hundred thousands of copies of your series? Surely you’ve also been approached by traditional publishers and agents, who noticed you in the Amazon best-seller lists?

Debora: For someone with an entrepreneurial spirit, self-publishing rocks. So yes, I’ve been approached by a number of agents and publishers, but what I have right now is wonderful. Self-publishing is a great fit for me, my books, and my readers.

Marleen: Your two book series, A MODERN WITCH and the WITCHLIGHT trilogy have sold over 600,000 copies. This makes you part of the very select group of Kindle Direct Publishing authors to have sold more than 250,000 copies of their titles in 2012.

Did you use any specific marketing tools to obtain this success, or did you just “throw” your books out there and it was merely a matter of word by mouth? Was the success immediate?

Debora: I did some things, and some nice things happened to me. I think smart authors need to do some work to build their initial audience, which can create the base for better visibility on genre bestseller lists and things like that. But the things that were successful for me in early 2011 aren’t going to work for an author now. The landscape is changing every day, and ways to find those initial core readers are changing. Copying authors and what they did two years ago, or even six months ago, probably won’t work. You have to watch and learn and experiment.

My first book did very well by my standards—but growth has been very steady since then as well. I’ve published nine full-length books and some shorter works in just under two years, and every time I put out a new book, my audience expands. You have to find your first readers – but once you have them, writing the next book is the smartest thing you can do, I think.

Marleen: A direct author-to-reader relationship is becoming more and more important in trade publishing. Authors need to build a platform, often with the help of popular social media channels such as Facebook and Twitter.

At the time of this interview (mid-February 2013), your Facebook page has nearly 3,000 fans whereas you only launched it in September 2012. One glance at your page shows your personal involvement with your readers. Do you set aside a lot of time to connect with them? Have they had any influence on your writing?

Debora: Honestly, I’m a bit of a social media dropout. For me, it wasn’t a way to build platform. It’s simply been a lovely way to collect my readers. I actually launched my original Facebook page just before I published my first book, and began with a small, but wonderful community of people who had already finished A MODERN WITCH and wanted to chat. The page changed format in September, but growth has been simple and organic. People read my books and respond to the invitation at the back to come connect with me on Facebook.

I can’t do it as often now, but in the early days, my readers often had input into the stories as well. If you read the WITCHLIGHT trilogy, you’ll see that I dedicated my second book to them, and for good reason.

But probably the clearest example of their influence is a short story I published. In book three of my main series, there is a proposal. And in book four of the series, that couple is happily married. A note to all authors out there—don’t leave out important events, such as weddings, that readers are expecting to be part of! My readers protested mightily, and I scrambled into my writing cave and came out a couple of weeks later with A WITCH CENTRAL WEDDING.

Marleen: You seem to follow a very tight writing/editing schedule. Are you simply an amazingly self-disciplined person, or do you work with contractors who impose deadlines?

Debora: My editors all book out at least six months in advance, which definitely imposes some deadlines. And I work with a story editor, a copy editor, and a proofreading team, so keeping that many cogs moving smoothly means the author has to turn in the book on time! But I also have hordes of readers now, all awaiting the next installment. And as a reader, I know exactly how agonizing the wait can feel. So that helps keep my nose to the grindstone, too.

Marleen: To this date, your books have been or will soon be translated into German, Italian and Turkish. A Spanish offer is on the table. Are there any languages that you have a personal connection with? When you started writing, did you ever imagine being translated into foreign languages?

Debora: It’s wonderful to think that my books might get to places I’ll never visit!

The Italian translation is closest to my heart—I lived there for two hears as a teenager in high school. I also love seeing how different countries interpret the covers, and I have fun mangling things with Google Translate to see how they wrote the blurb.

Marleen: You will soon publish the last two titles in your A MODERN WITCH series (March and June 2013). Have you already thought about any books or series that you want to write afterwards?

Debora: I started a small reader panic when I announced there were only two more books in the series. I need to end this story arc, because I add a new character in every book right now, and it’s getting rather unwieldy!

My September 2013 release will be the start of a new series around the same familiar characters. And there is a third series planned after that, and several trilogy ideas pinned to my wall. There will be new books in the world of A MODERN WITCH for a long time to come.

Marleen: Thank you Debora, I look forward to reading your forthcoming titles!