The Future of DRM: The Saga Continues 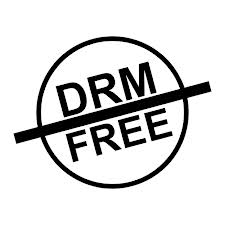 08 Jul The Future of DRM: The Saga Continues

Posted at 18:16h in Articles & Advice, E-books by marleen 0 Comments

The implications of DRM use for e-books

An increasing number of publishers are abandoning the use of DRM to protect their e-books.

When we licensed the Dutch rights in Brazilian best-selling novel Palma’s Rice to Signatuur earlier this year, we received a notice indicating that De Arbeiderspers|AW Bruna Publishers, of which Signatuur is an imprint, was going to remove DRM from its e-books and implement a watermark system instead (you can read about the details in this Bookseller article). All e-books published by OR Books, which we represent in France and The Netherlands, are DRM-free.

This made us want to find out more about the implications DRM has on e-books and its readers, which leads to the broader and much-discussed question of piracy.

Interesting to foreign market book sales, both Coehlo and Gaiman saw increased sales in Russia after their books were pirated and distributed.

Publishers, eBook distributors, authors, and readers continue to wage war over the use of digital rights management (DRM). We’ve all become familiar with this disputed technology that controls how digital content is accessed and used. In the case of e-books, DRM allows publishers (or perhaps more accurately, e-book distributors like Amazon and Apple) to control on which e-reader you can access a given e-book and prohibits the copying and sharing of the e-book. For example, if you buy an e-book on Amazon, its e-book format and DRM limits your ability to access the e-book, making it so you can only open it on a Kindle Reader or Kindle App on another device. You also are unable to copy all or part of the file (even if only for a backup file) and you are, for the most part, unable to share or lend the book to anyone else. Kindle e-books can be loaned once for a period of fourteen days if the book is enabled for this.

Publishers and e-book distributors maintain that DRM is necessary to protect copyrighted material from being pirated and distributed without due compensation to the publisher, distributor, and author. Unfortunately, it only takes a simple internet search for “how to remove DRM from an e-book” and you’ll find a plethora of easy guides to successfully strip DRM from an e-book, allowing copies to be made, the file to be shared, and the ability to convert the file (via services such as Calibre) into another e-book format to be read on a different device. This article from Wired, for example, covers the basics of removing DRM.

In response to the ease with which DRM can be broken and in order to provide legal remedy for this act, the Digital Millennium Copyright Act criminalizes the circumventing of DRM. New approaches to copyright protection also seek to tie individual e-books to the original purchaser, in order to identify the source of a pirated copy. Germany’s Fraunhofer Institut has created a new e-book DRM, SiDiM, that changes certain words in the text of a pirated e-book—“don’t” becomes “do not,” for example— to allow the file to be traced to the original purchaser. According to The Guardian, the institute’s Dr Martin Steinebach has remarked that the program has been greeted with scepticism, “not so much from the publishers but from the authors,” who are not keen to have their carefully edited manuscripts altered. In the same article, The Guardian quotes author Lloyd Shepard, who has had his own run in with piracy of his works:

It remains to be seen whether DRM of this sort will provide any new or significant detriment to piracy than the technology that limits use.

Indeed, even print-only books aren’t safe from e-book piracy, as we’ve seen recently with the pirating and distribution of Stephen King’s recently released, print-only book Joyland. Hard Case Crime publisher Charles Ardai responded to the event with a rather blasé statement to GalleyCat, acknowledging that piracy is an inevitable part of book publishing:

In the end you have to rely on the good behavior of the vast majority of the audience – I see no reason to think that pirates represent more than a small fraction of all consumers. That doesn’t mean we don’t care about piracy – we do. But it’s just one of the many punches you have to learn to roll with in the rough-and-tumble world of modern publishing.

More than accepting the inevitability of piracy, some authors are actually embracing and promoting piracy of their own works. Paulo Coelho, for example, has partnered with the notorious piracy site Pirate Bay to promote the piracy of his books. Coelho cites three reasons for promoting piracy in his blog post denouncing SOPA (Stop Online Piracy Act): first, that there are no new ideas; second, that writers want to be read; and third, that the proliferation of an author’s work builds interest and a fan base that will be more keen to purchase content created by that author. Author superstar Neil Gaiman has similarly stated that piracy, or even the publisher giving away free copies of a book, should be seen as promotional and will ultimately lead to increased sales. Interesting to foreign market book sales, both Coehlo and Gaiman saw increased sales in Russia after their books were pirated and distributed.

Ineffectual in protecting content from piracy, DRM instead is primarily a nuisance to readers that have legitimately purchased the book. Tom Doherty—president and publisher of TOR, Forge, Orb, and Starscape (Macmillan)—succinctly summed up his argument against DRM when the imprints began selling DRM-free books in July 2012:

Our authors and readers have been asking for this for a long time. They’re a technically sophisticated bunch, and DRM is a constant annoyance to them. It prevents them from using legitimately-purchased e-books in perfectly legal ways, like moving them from one kind of e-reader to another.

The limitations that DRM puts on legal uses of purchased content has become a sore spot for readers and a platform for such advocacy groups as the Electronic Frontier Foundation and DRM.info. As more authors, like Coehlo and Gaiman, and more publishers, like Tor, start to respond to the demands of readers to have DRM-free content, the more the market will likely move in that direction.

More than just the consumer concerns, however, are the less-discussed negative consequences that DRM inflicts on publishers. One of the most erudite writers on this topic is Charlie Stross, an award-winning author and blogger, who has been on the forefront of pointing out that, as TOC blogger Joe Wickert aptly summarized, “DRM is a club publishers gave to Amazon and then insisted that Amazon beat them over their heads with it.” By believing in the importance and ability of DRM to protect content, publishers have given Amazon—and now, to a lesser degree, Apple—a great deal of power in managing how readers access e-books and how publishers sell e-books (I’d recommend Stross’s post “Cutting Their Own Throats” as an overview and his insightful “What Amazon’s eBook Strategy Means” for a more in-depth discussion). Amazon maneuvered into an e-book market leader because they were able to provide e-books with DRM and an e-book deliver model that worked for consumers, but what will be the ultimate cost to the publisher and consumer when there is no competition? As Strauss points out, both parties are vulnerable to predatory pricing, most especially the publishers who want to meet the demands of the market–a market funneled through Amazon.

What alternative do publishers have? Is there an indie publisher route? It has been almost universally acknowledged that “DRM also makes it incredibly difficult for independent retailers to resell ebooks, hampering any potential expansion into digital markets” (Forbes, see also Ruth Curry’s post “DRM is Crushing Indie Booksellers Online”).

According to Stross, the only response to an Amazon monopoly is to remove DRM. As noted, TOR has already done this with success. Similarly–and as previously covered in other 2 Seas articles here and here–independent publisher OR Books have developed a direct-to-consumer model of print-on-demand or as platform-agnostic e-books, bypassing Amazon. Taking the lead in forward-thinking digital publishing, O’Reilly saw a 104% growth in sales after dropping DRM in 2010. Without DRM, more distribution channels through various indie booksellers would be easier and create new revenue streams. But will this be enough? Adrian Kingsley-Hughes at ZDNet thinks not:

[Amazon and Apple] are far too popular (and, by the majority of customers, well loved) for the removal of DRM to make a difference … On the whole, consumers don’t care about DRM, and removing DRM from e-books won’t open up the market in the way that publishers hope it will. What Amazon and Apple have done with Kindle and iBooks respectively was not invent e-books, but refine how the content was consumed.

Are readers too entrenched in the reading experience offered by Amazon and Apple to seek out DRM-free e-books? The ease of Amazon’s Whispernet and Whispersync are hard to beat. Book discoverability is on Amazon, too–with recommendations and reviews–are unmatched, despite the number of book discoverability sites that continue to crop up. After Amazon’s purchase of GoodReads, the most popular social website about books, it seems a daunting task for publishers to find a better way to ensure book discoverability, and consequently, accessibility.

A study by the EIBF (European and International Booksellers Federation) stated that there are too many different devices and file formats in Europe getting in the way of the development of e-book sales because the diversity of systems makes e-books non-interchangeable. The first step may be creating an e-book standard (EPUB 3, for example), but DRM is of equal or greater concern. All readers may not yet be clamoring for interoperability or DRM-free e-books, but they should. More importantly, publishers need to see that it is in their interest to have more control on distribution, rather than penalizing their readers with DRM. As yet, the future of DRM in e-books remains unclear. It will be interesting and instructive to follow the successes (or failures) of DRM-free books from O’Reilly, TOR, OR Books, and indie publishers to see if this can be the future of the e-book market, or if consumers will ultimately opt for the monolithic Amazon.