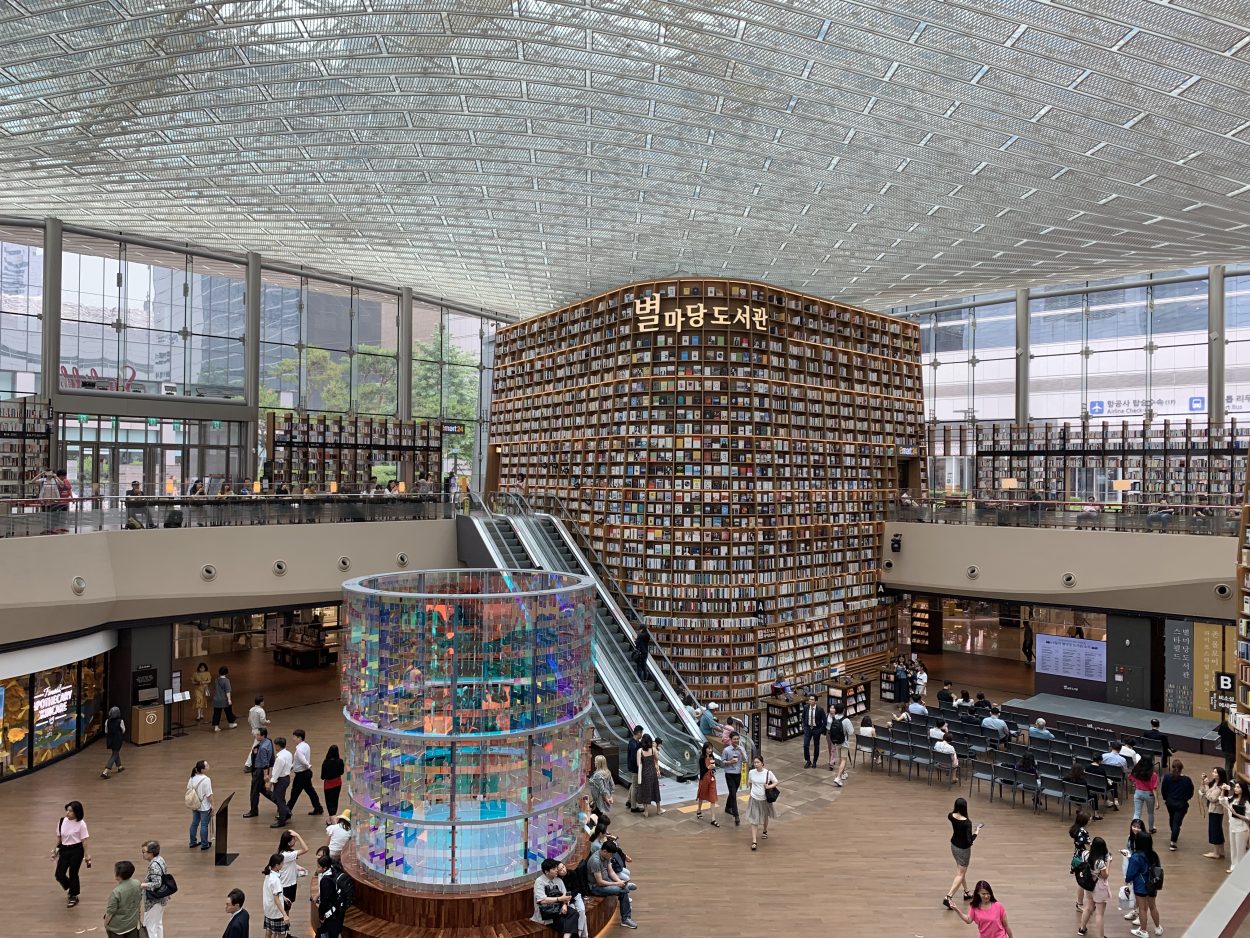 From June 17-23, co-founder Marleen paid a first-time ever visit to the Seoul International Book Fair and learned a lot about the South-Korean publishing market.

The original Dutch version of this article was published in the Dutch industry magazine Boekblad. English translation by Sara Palmbush.

South Korea has been on the list of places I want to visit someday. I was intrigued by this country, to which I have sold many books since the start of my international rights career. In Asia, South Korea is often the first country to bid on a title, and sometimes it is even the first (and only) country in the world where we sell rights. Take Stine Jensen and Frank Meesters’ The Educators: What Philosophy can Teach Muddling Parents (Hollands Diep). It has only been sold to South Korea for the time being – but then through an auction! It will be released this autumn by Saenggakui Jip.

Earlier this year, I was alerted to a fellowship that the Korean Publishers’ Association (KPA) organizes every year in June at the same time as the Seoul International Book Fair (SIBF). It is more difficult for agents, in general, to be selected for fellowships. This is understandable, as fellowships are organized with the aim of promoting local literature, while agents are primarily interested in selling rights to local publishers.

However, I learned that a number of my rights selling friends have participated in this fellowship in recent years. So, at the beginning of the year I gave it a try and sent in my participation form accompanied by a number of letters of recommendation.

Unfortunately, I was told by the KPA in March that I was not one of the chosen participants, but that I was on the waiting list. Other than that, there wasn’t much communication, and I was also very busy with my appointment marathon in Europe during, and in the aftermath of, the London Book Fair. To be honest, I was happy with the prospect of taking it easy in June after my work visit to New York. 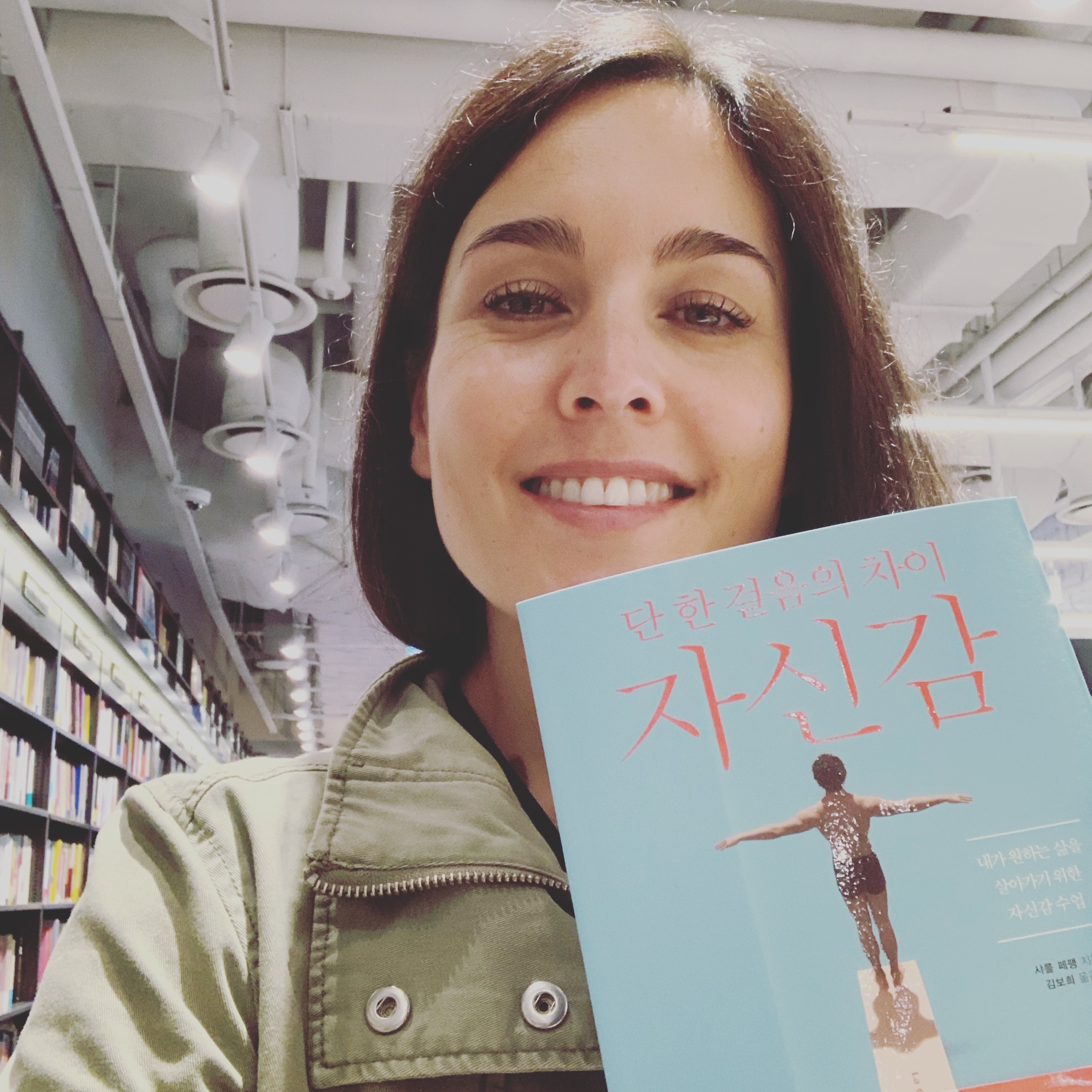 However, while I was in New York, about two weeks before the start of the fellowship, I was told that someone had canceled and that I was now invited to go. I am always up for spontaneous (work) trips, but this was very short notice! I still had a solid week of meetings ahead of me in New York, and would only be home for a week before I left for Seoul. At first it seemed a bit too much to me.

I had heard that Barbara den Ouden from the Dutch Foundation for Literature would also go, and I contacted her immediately. She was very helpful by sending practical information about the book fair (in which she had previously participated) and contacts with Korean publishers. She also mentioned a few others taking part in the fellowship: Paloma Sánchez van Dijck from Meulenhoff, and Amaia Iglesias from Penguin Random House, Portugal – both of whom I knew. This reassured me (I am hugely grateful to Barbara!). Furthermore, I could count on Jr Agent Chrysothemis to arrange a nice (read: full) appointment schedule. So I arrived in Seoul 10 days later, after a 12-hour flight and with a time difference of 16 hours . . . 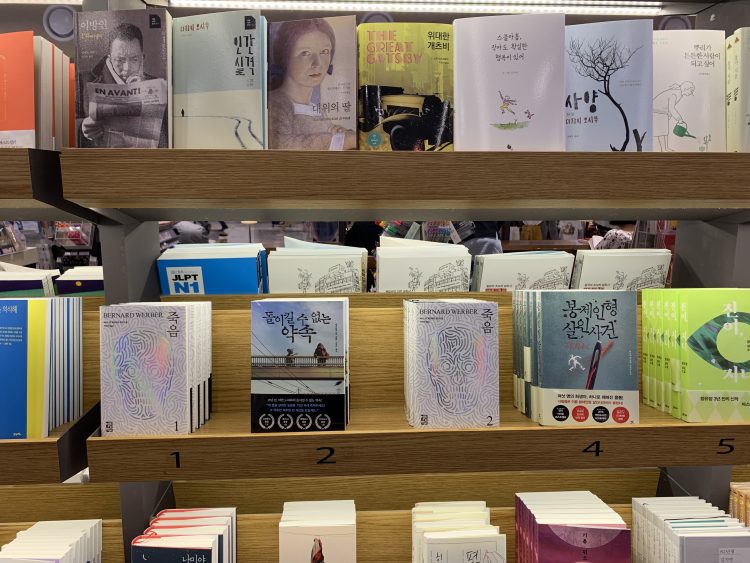 Before the start of the SIBF, I visited YP Books, a South Korean bookstore chain. Fortunately, the book covers often included the original title and the author’s name in addition to the Korean title so I wasn’t completely lost! My visit confirmed what I had already known from experience: books in the business, management, marketing and technology segments are in great demand in South Korea. Big Silicon Valley names are everywhere. Furthermore, personal development, popular psychology and parenting and education are popular subjects. South Koreans want to learn.

In the fiction corner I found many classics (Camus, Salinger) and, in comparison, little contemporary fiction. One exception: books by the French science fiction author Bernard Werber – a real sensation in South Korea – were truly everywhere.

Publishers at the Fair explained to me that the market for e-books and, especially, audio books, is still in its infancy, even though the e-book is popular for certain genres. Furthermore, much is translated from Japanese; most foreign publishers and rights sellers who participate in the SIBF each year, therefore, come from Japan.

It struck me that at the fair I had no appointments with South Korean publishers from international publishing groups such as HarperCollins or Penguin Random House. For a moment there was confusion with RHK: I thought it meant Random House Korea. The publisher stated that they had indeed started as such. However, they did not succeed in gaining ground, and after a few years they were sold. RHK is now completely independent and only has the name in common with the publishing giant. Other international companies such as the supermarket chain, Tesco and online retailer, Amazon have also failed (www.yes24.com is the largest South Korean online retailer). 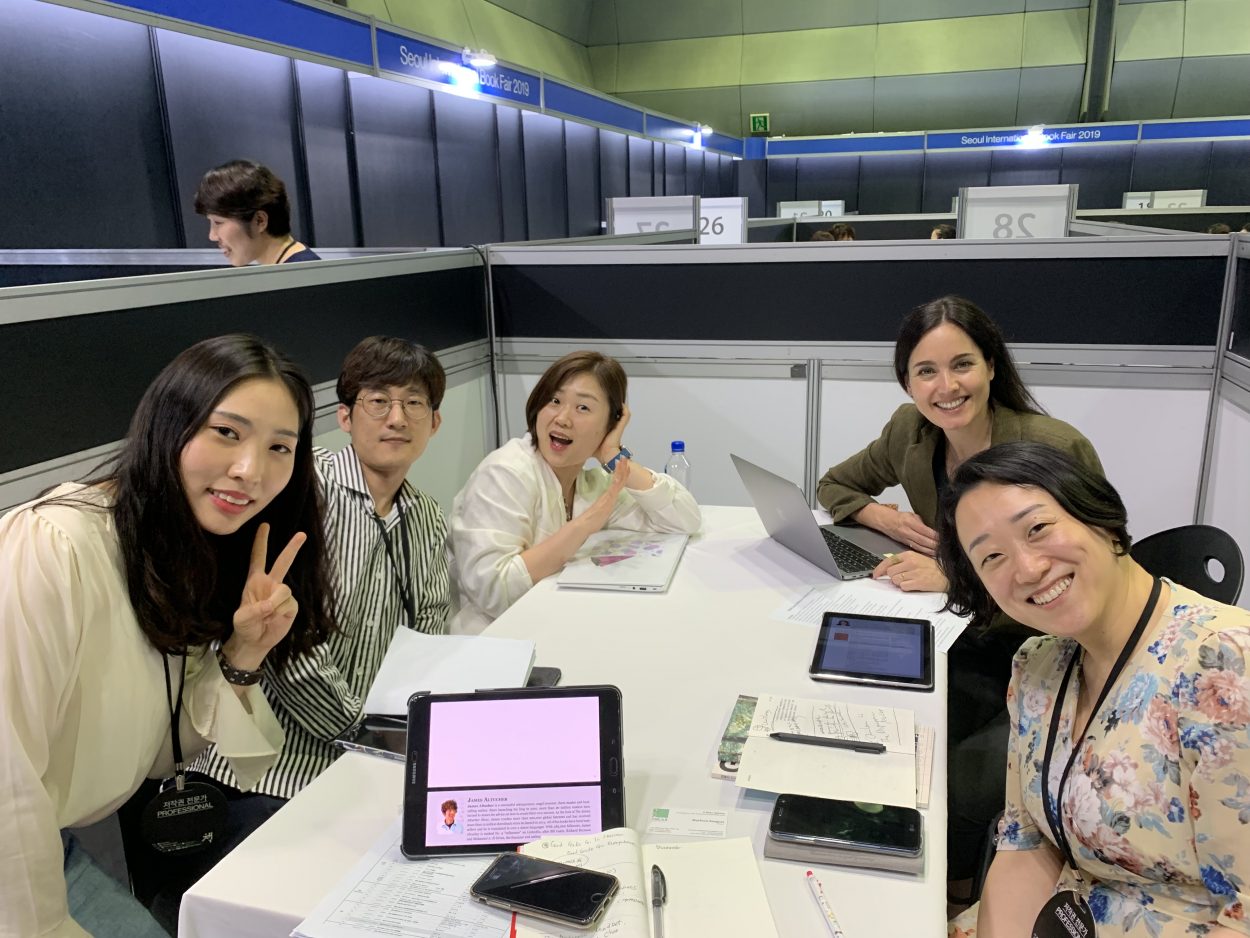 Meeting with the Gimm-Young team!

One of the co-agents I spoke to confirmed that there are only independent publishers in South Korea; even large publishing houses such as Minumsa and Sigongsa are independent. There are, however, a large number of small publishing houses that can’t live on their publishing services alone. According to the co-agent, South Korea has more than 20,000 publishers, but “only” about 500 of them are active (the country has 50 million inhabitants).

The publishing market is, therefore, saturated, and with an economy that isn’t going well, the book market has shrunken considerably in recent years. South Korean companies used to give their employees compensation to buy personal development books. They stopped doing that eight years ago. In addition, the fixed book price was introduced two years ago. Not all publishers I spoke to were happy about that; according to them, books are now too expensive and book sales have fallen.

Nevertheless, the publishers and co-agents I spoke with during the SIBF were enthusiastic and hopeful. I saw much interest in the titles I offered during my appointments — it should be noted that we have a lot of non-fiction titles in our portfolio at the moment. While I was expecting a language barrier, only one or two publishers needed help from a co-agent to have a conversation with me. I also spoke a lot of French — South Koreans are extremely Francophile!

Another fellowship was organized for acquiring editors simultaneously with our fellowship. This caused confusion, and made for comedy and comparisons, since the other fellowship had a very intensive program in contrast to ours. But I am grateful that through the KPA fellowship I was able to discover Seoul. It is not a destination that I would have gone to on my own. I have made many new contacts and now better understand how the market works. Furthermore, I had never spoken to some of our co-agents in person — we do not work exclusively with one co-agency because our portfolio is so varied. Like some South Korean publishers I spoke to, they don’t always go to the book fairs in Frankfurt and London.

Now I have traveled enough and I look forward to spending a quiet summer in California where we are already busy preparing for the Frankfurt Book Fair . . . But more about that later 🙂 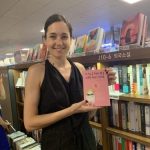 Michael Uras, Take Two Chapters and Call me in the Morning at Kyobo Bookstore 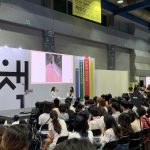 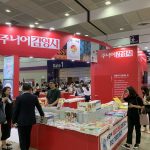 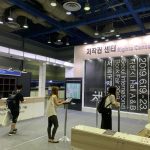 The entrance to the Rights Center 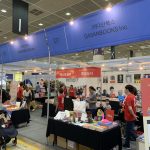 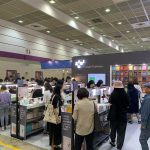 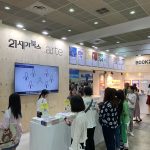 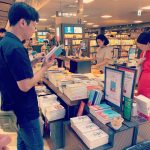 A reader engrossed in Charles Pépin’s Self-Confidence. A Philosophy at Kyobo Bookstore 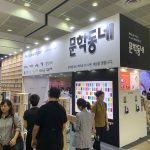 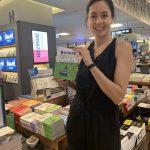 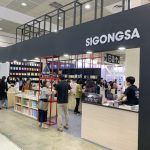 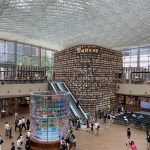 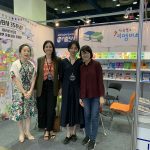 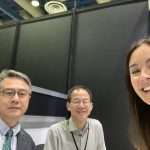 With Yemmi Books (left) and our co-agent Duran Kim 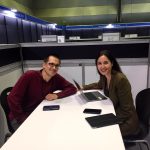 With Gregory Limpens of OpenBooks