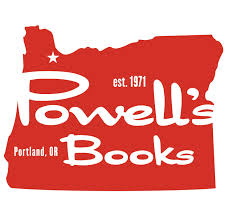 Marleen and Derek recently visited Portland, Oregon, which can claim its spot in the book publishing hall of fame thanks to publisher Tin House and the world’s largest independent book store, Powell’s Books.

One of the three US deals that followed our May trip to New York for BookExpo America was with Portland-based publisher Tin House. They acquired the English language rights in North America for Jan Wolkers’ classic novel TURKISH DELIGHT, originally published in 1969 by Meulenhoff in The Netherlands. We obviously couldn’t pass the opportunity to pay them a visit in Portland!

Tin House originally started as a literary magazine in 1999, which is still going strong today, and ventured into book publishing in 2002. They publish fiction, poetry and non-fiction, and also organize an annual writer’s workshop in the summer.

Editors Meg Storey and Tony Perez welcomed me at their beautiful offices in North-West Portland, near the hip shops and restaurants at NW 23rd Avenue. You’ll understand from below photos where their name comes from (though insiders told me it’s actually zinc!). 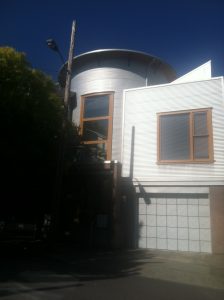 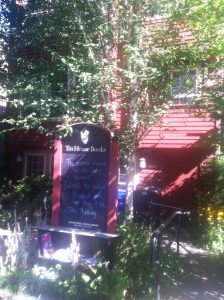 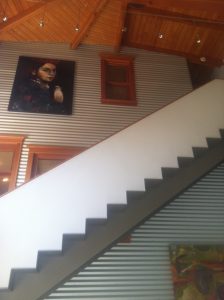 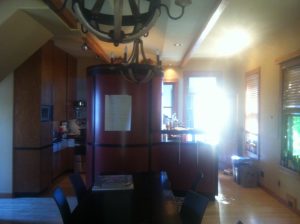 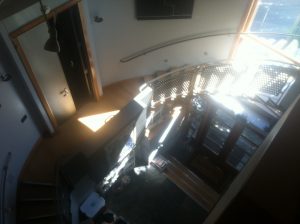 Our next literary stop in Portland was Powell’s Books. Going to its flagship store in downtown Portland, dubbed Powell’s City of Books, can bring an overwhelming experience.

A true book lover’s paradise, it occupies an entire city block and stocks more than a million new and used books. We could have stayed there for a week and still we wouldn’t have seen everything we wanted to see. Standing in front of the large board indicating the different genres, and where to find them, my mind was on fire. I didn’t know where to start! 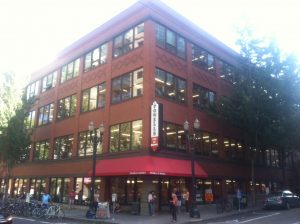 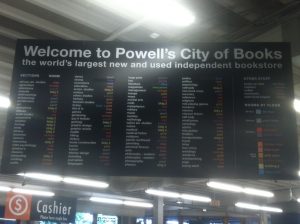 On a weekday, in the early afternoon, there were many people browsing and buying books: students, families with kids, tourists… they all demonstrated that the paper book is definitely alive and kicking, and that physical bookshops bring a unique experience that online retailers can only remotely try to imitate. Just look at the message behind their check-outs: 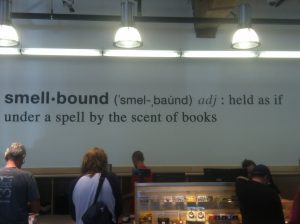 Here are some additional facts about the Powell’s City of Books, as found on its website: