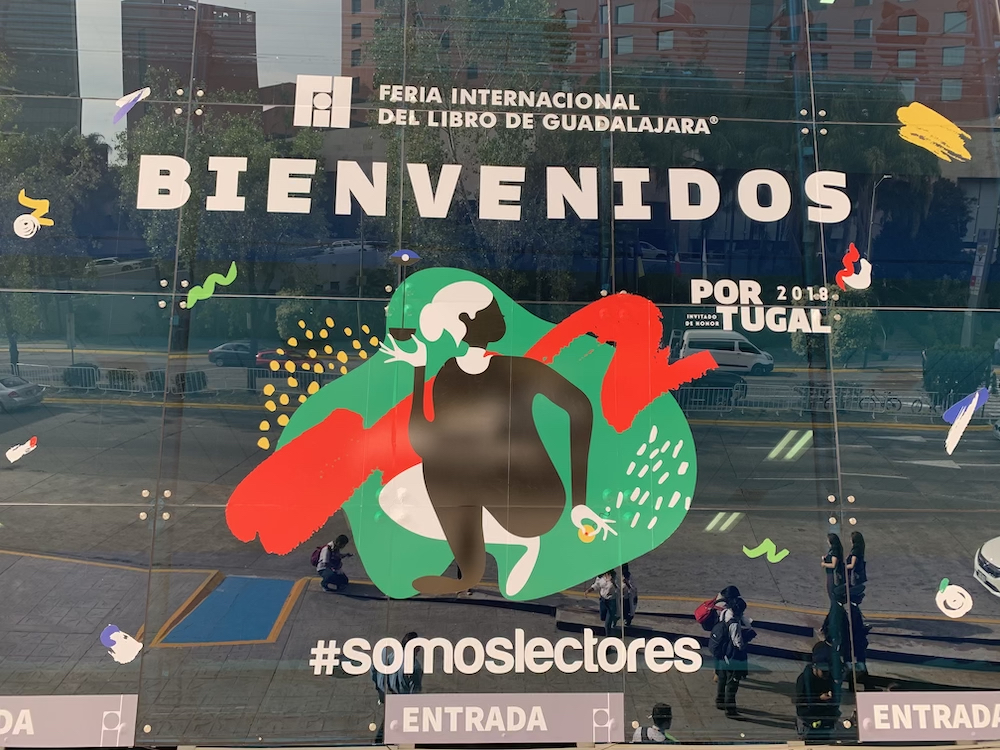 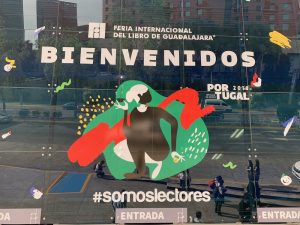 We noticed during our last visit to the FIL de Guadalajara in 2016 that the number of international publishers, agents, scouts and translators attending was way up compared to the previous year. This trend was confirmed in 2018, undoubtedly helped by the increasingly popular Rights Exchange Fellowship that invites around 10 international editors to visit the FIL each year in an effort to make them more familiar with the Mexican publishing market. 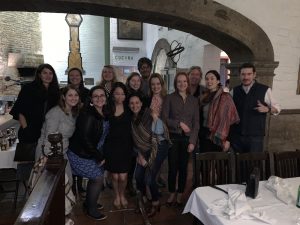 Besides appointments with Mexican publishers (more on that below), my schedule was assembled with a lovely variety of meetings. Participants of the afore-mentioned fellowship; clients whose rights we represent such as Italian agent Laura Ceccacci; the Dutch Literature Foundation; the International French Publishers’ Association; a few Spanish and Brazilian editors, journalists from Publishers Weekly and Publishing Perspectives (see my interview on Guadalajara with the latter here); and even our co-agent for most of Eastern Europe and former Yugoslavia, Livia Stoia.

If there’s anything I’ve had to get used to during my stays in Mexico, it’s the principle of ahorita. Ahora means now in Spanish; ahorita means ‘soon-ish’ and can imply 2 minutes from now, or 10 minutes, or three hours, or… You get the picture. 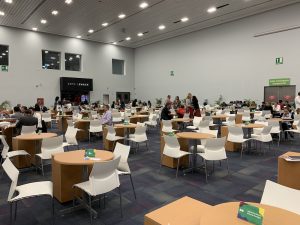 The Rights Center at the FIL Guadalajara

If you’ve ever traveled to my home country the Netherlands, you probably know that Dutch people tend to show up 5-10 minutes before the time you asked them to come over. Talking about a culture clash when a Dutch person visits Mexico!

The first time I attended the FIL, true to my Dutch roots and also following the example of Frankfurt and London Book Fair scheduling, I started sending out meeting requests for Guadalajara right after I got back from my European trip that had ended in Frankfurt. As in, 6 weeks before the start of the FIL. No one answered! For my second visit, I pushed my comfort zone by starting to schedule about one month ahead of the fair. Still, no one answered! 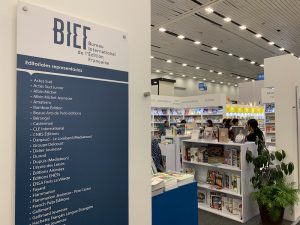 Early November this year I started to feel the urge to send out FIL meeting proposals. But I remembered the ahorita-principle and decided to ignore my urge and start scheduling ‘soon-ish’. Soon-ish turned into 10 days before the start of the FIL, and lo and behold: Mexican publishers replied!

My schedule was about half full when I left for Guadalajara. I didn’t get a table at the rights center—I preferred to meet with Mexican editors at their stand—and therefore wasn’t referenced in the FIL exhibitor list. As a result, my presence was quite under the radar: not many people knew I was attending, while I didn’t know exactly which other foreign publishers and agents were attending either. Yet I was not in the least worried… 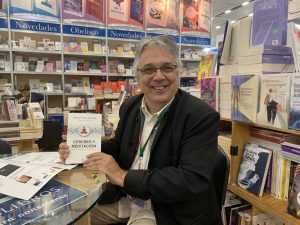 The ahorita-principle leaves room for plenty of flexibility, and I trusted I would run into people while walking around the fair grounds—which are comprised of only two halls. And so it happened: I ended up with a complete schedule filled thanks to spontaneous, last-minute meetings!

The state of the Mexican publishing market

One of my goals at the FIL was to get an update on the state of the Mexican publishing market. I met with editors from publishing groups such as Penguin Random House Mexico, Planeta Mexico and Oceano, as well as independent publishing houses including Elefanta.

I learned that 2018 had a lot of ‘distractions’ for the Mexican reader (presidential elections, soccer world cup), which considerably slowed down book sales. Yet I felt that the general atmosphere was more uplifting than during my previous visit to the FIL, in 2016. Back then, Trump had just been elected and spirits were low, on both sides of the border. The value of the Mexican pesos had drastically fallen, and it was complicated for Mexican publishers to acquire foreign titles in other currencies than their own. 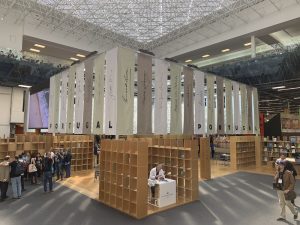 The big question for me remains whether Mexican editors that belong to big groups can decide to acquire a title independently from their Spanish counterparts or not. The information I gathered during my meetings hasn’t entirely clarified the situation.

I guess it all comes down to a title-by-title decision. The two markets, Mexico/Latin-America and Spain, are very different. Specific genres, such as business & marketing titles and books in the mind, body & spirit genre, seem to be a lot more in demand on this side of the Atlantic than in Spain. 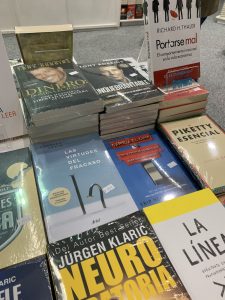 Several titles we sold to a Spanish publishing group have then been introduced to the Mexican market through their Mexican counterparts, often a few months after their initial publication in Spain. The Virtues of Failure by Charles Pépin (Planeta/Ariel) is one example, and Emma’s Another Look/The Mental Load (PRH/Lumen) is another, with the Mexican publication slated for February 2019.

This can lead to quite a bit of frustration with authors and rights holders alike, when for instance a Chilean publisher acquires world Spanish rights but only distributes the book in Chile.

If you don’t have any other interest for Spanish rights, the decision to sell Spanish rights worldwide is quickly made if this is a condition imposed by the Chilean publisher.

We’ll be back at the FIL!

I have the feeling I’m only starting to scratch the surface when it comes to getting to understand the dynamics when selling rights to Mexican and other Latin-American publishers. Fortunately, Guadalajara is only a 2.5-hour flight from Los Angeles, which makes a visit to the 2019 edition of the FIL very probable! 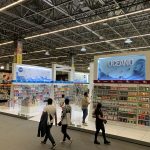 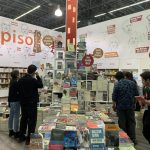 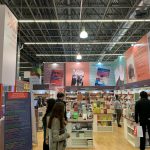 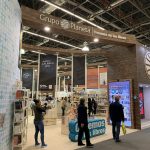 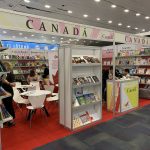 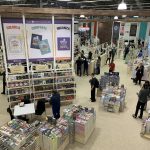