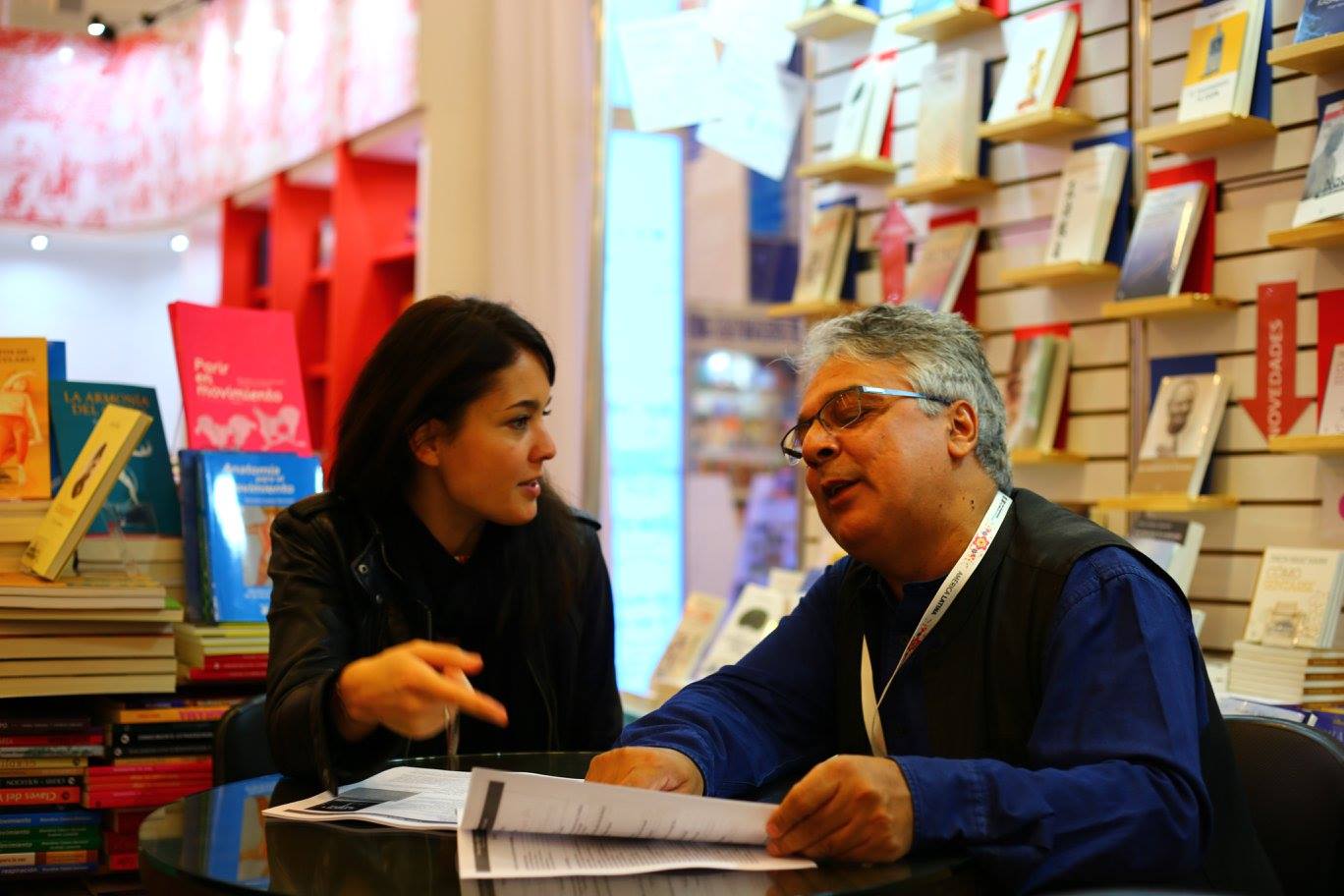 The 2 Seas foreign rights team has had a busy semester! After my 2016 foreign rights fall tour, which ended at the Frankfurt Book Fair late October, Chrys packed her bags again early November to attend the Sharjah International Book Fair. A few weeks later, Derek and I took off for a three-day visit to the Guadalajara International Book Fair (FIL) in Mexico. After a very fruitful first visit last year, we were eager to return the biggest trade show of the Latin American publishing scene. 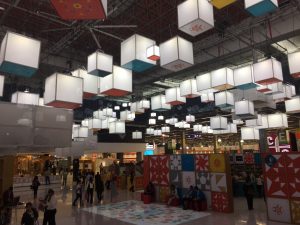 2016 marked the 30th edition of the FIL, and instead of inviting a single country, city or language territory as a guest of honor, the fair celebrated Latin America in its entirety.

Featured authors included Mario Vargas Llosa, Guadelupe Nettel, Carmen Boullosa and Wendy Guerra. Non-Latin American presence was also on the rise as Andrew Wylie delivered a keynote at his very first appearance ever at the FIL. I indeed noticed an increased presence of international publishers, agents and scouts compared to last year. (Read more about the rise of international attendance in these Bookseller and Livres Hebdo articles.)

The fellowship for international editors that is organized during the FIL is getting more traction, with editors from amongst others Finland, Korea, Italy, the US, the UK and the Netherlands taking part this year. There were also quite a few Danish agents and publishers, which I later learned were sponsored by the Danish Arts Council.

The Salón de Derechos seemed to have increased in size, and an informal dinner I had organized on Monday night with friends and colleagues from the international publishing scene turned into a party of 25! 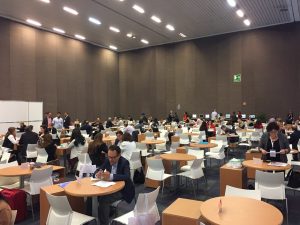 This year’s rights center at the FIL

I had given myself a more flexible schedule compared to last year’s appointments. I learned to be more selective with regards to the meetings I arranged in advance, and also to count more on spontaneous meetings. That is why I kept one entire day open for last-minute appointments and to walk the floors, which turned out to be a better approach. 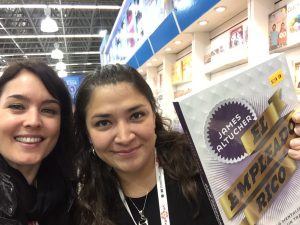 With Yeana Gonzalez, editorial director of Ediciones B Mexico, with their edition of James Altucher’s THE RICH EMPLOYEE

As usual, I tried to divide my time to meet with new contacts as well as publishers with whom we’ve already established a relationship and sold foreign rights to.

Deflation of the Pesos

The deflation of the Mexican pesos this past year is putting financial pressure on the national publishing market. Before Trump’s election, its value had already dropped quite a bit, but on November 9 it roughly dropped another 15%. 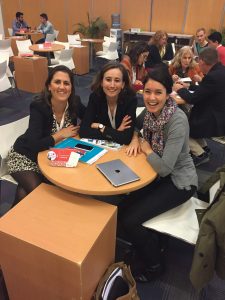 Advances for the majority of international deals are negotiated in US Dollars or Euros, so Mexican publishers are facing challenging times. Yet in general I felt a positive atmosphere at the fair.

Sales for personal development, diet and health titles—either in translation or by domestic authors—continue to soar, whereas (literary) fiction in translation is going through a rough patch as readers (and therefore publishers) prefer local authors to foreign ones. The economy is growing and books are still considered important cultural goods. Whenever I stepped into a taxi or an Uber which had the radio on, the presenter was talking about the FIL. People from all over Mexico travel to Guadalajara to visit the Fair, which is public and lasts for 10 days. 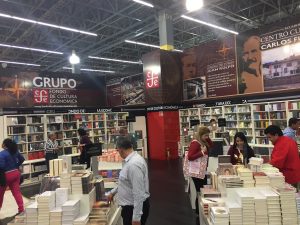 After three days of meetings, both at publishers’ stands as well as at the rights center, I was ready for some time off. I had not taken any vacation since this summer, so a few days relaxing and catching up with sleep in the small beach town of Sayulita, about a four-hour drive from Guadalajara, were very welcome! By chance, Monica Gram of the Copenhagen Literary Agency and Louise Langhoff Koch from People’s Press, both of the Danish delegation, were going to spend some time there as well, so we met up for dinner one night which was a lovely end of our Mexican trip. We’ll be back next year!

PS: Check out our other pictures of the FIL here.