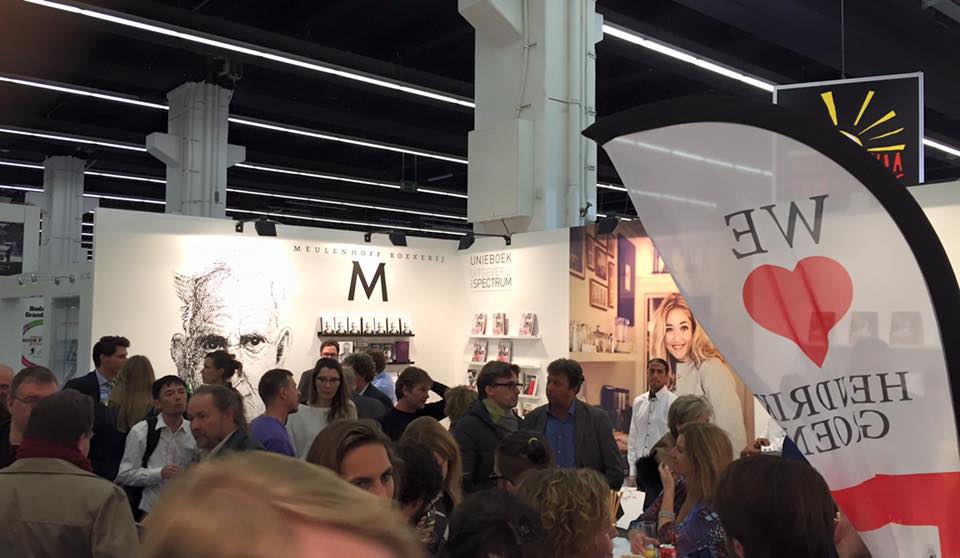 Frankfurt: The Climax of my 5-Week European Marathon

Translated from the Dutch by Sara Palmbush. 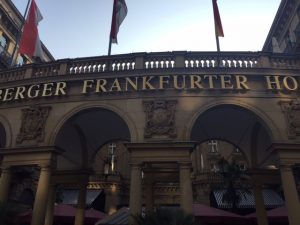 On Sunday, as I take the train from Paris to Frankfurt, I realize that it’s already the 10th time I’ll be visiting the Frankfurt Book Fair. And as a literary agent, I’m celebrating my 5-year Frankfurt jubilee. Time flies!

I had my first few meetings in the Hessischer Hof on Monday afternoon. It was a calm beginning to this hectic week with a couple of nice, spontaneous meetings as a bonus—everyone took a bit more time than they usually would. It was a totally different story on Tuesday, when a full day of meetings awaited me in the Frankfurter Hof.

When I began planning my Frankfurt agenda, I conducted a survey among my Facebook connections about the tradition of spending all day Tuesday in the Frankfurter Hof. The response was unanimous: everyone would like to get out of there, citing reasons like: 1) it is extremely busy and noisy; 2) it is difficult to get a table to sit/ stand—even getting the edge of a chair can become quite a battle; 3) drinks are ridiculously expensive; 4) it often happens that you miss appointments because of the crowds. Yet, in the end, it turns out that seeing and being seen in the Frankfurter Hof on Tuesday trumps all of these reasons and is the strongest argument to stay. So, in any case, I was there yet another year.

On the Book Fair premises I had non-stop meetings planned everyday from 9 am to 7 pm. On Wednesday and Thursday, I was joined by my assistant Chrysothemis. It was her first time in Frankfurt, but she quickly forgot her beginner’s nerves and conducted meetings like she had been doing the job for years.

On Wednesday afternoon, Dutch publisher Meulenhoff organized a cocktail for the 22 international publishers of Hendrik Groen’s Attempts to Make Something of Life. It was pleasantly busy with people enthusiastically exchanging marketing plans. There was also a considerable amount of guessing — in vain — about the author’s identity! 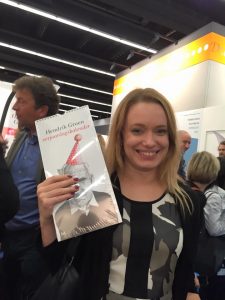 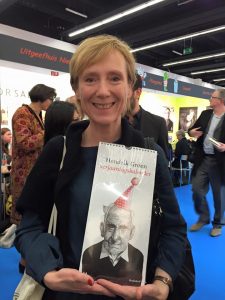 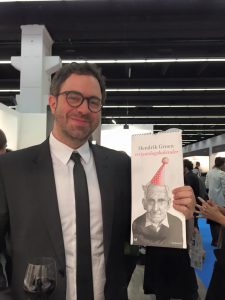 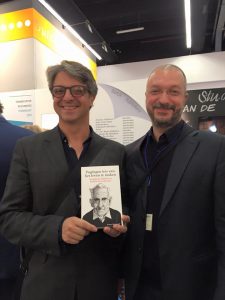 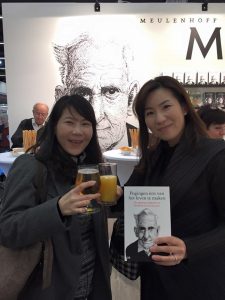 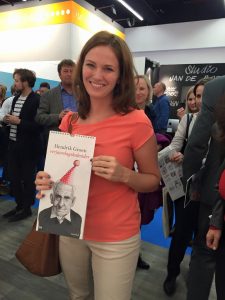 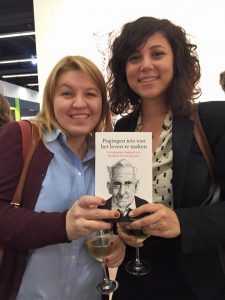 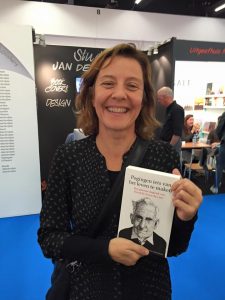 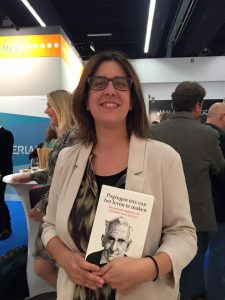 
While most people were already gone by Friday evening, I went diligently through Saturday. I was even so eager that I accepted a breakfast meeting at 8 am that last day, which I almost came to regret when I woke up in the morning. Ultimately, it turned out to be a very pleasant and useful meeting. It was also a good omen for the rest of the day: all of my appointments went well and were  quite relaxed. Everything went smoothly; one person would be five minutes late and the other 10 minutes early, but it all worked out well. Anyone who was still there was laid-back and good-humored, as well as happy that it was almost over. Another benefit: It was much less noisy in the Agents’ Center and therefore, easier to talk. 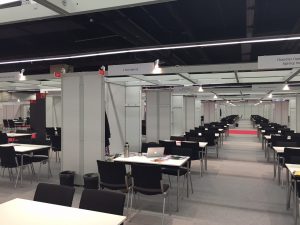 An empty Agents’ Center on Saturday at 5 pm

On Saturday evening, before I was to fly back to Los Angeles, I had drinks and then a dinner with the ‘leftovers’ — all those who were still there, in Frankfurt. It was a bigger group than I expected, a few of which, the ‘die-hards’, went to the Frankfurter Hof in the middle of the night. It wasn’t for me though: at 6.30 am a taxi awaited me to take me to the airport…