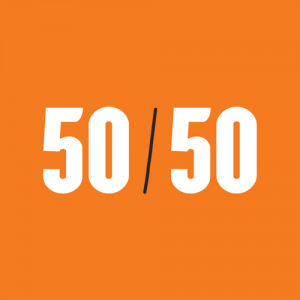 Posted at 21:43h in Articles & Advice by marleen 0 Comments

We recently focused on publishers of digital originals—or e-riginals—in translation, who avoid printing, stocking, and a large part of the distribution costs. Another model an increasing number of publishers are turning to is that of profit sharing. In the traditional business model, authors receive an advance on royalties and once this advance has been earned out, they start receiving royalties on each copy sold—say, a scale of 10%, 12%, and 14% for print and 25% of net receipts for digital editions.

The profit sharing model doesn’t give authors any advance on royalties. However, once all the production, printing, distribution, marketing and other fixed costs have been covered, the publisher shares the profits 50-50 with the authors. These profits come from domestic book sales, but also from subsidiary rights sales, merchandizing, etc. Moreover, these publishers often pay out twice a year, whereas “traditional” publishers mainly do so only once a year.

Dutch professional magazine Boekblad recently dedicated an article to this phenomenon which states that “according to Compaan founder Henk Muurlink, the author’s netto income has doubled or tripled compared to the traditional royalty agreement.” Founded in 2010, Bertram + de Leeuw has been profitable for the last two years. Founders Marij Bertram and Hendrik de Leeuw previously worked at the sizable publisher Nieuw Amsterdam. Marie-Anne van Wijnen, who founded De Kring in the summer of 2012, used to be part of the Nieuw Amsterdam team as well. There, they considered the profit-sharing model as per author request, but came to the conclusion that it wasn’t possible to apply it due to the overhead expenses. At De Kring, she offers her authors the possibility to sign a joint-venture agreement. Van Wijnen: “Funnily enough, the bookstores like the model as well, since the authors make more efforts for their book.”

Most authors of the above-mentioned publishers are extremely satisfied with the model and praise its honesty and transparency: “the accounts are clearer and easier to check.”

Some specific, commercial imprints of larger publishing houses also apply this alternative model. For instance, authors of Random House imprints Hydra, Alibi, Loveswept, and Flirt can choose between the traditional advance plus royalty model or the profit sharing model. If they go for the latter, they receive their payments no less than once every quarter. The fixed costs to be deducted from book sales revenue have been made public recently, after Random House received criticism from the Science Fiction and Fantasy Writers of America.

So how about authors of less commercial or accessible titles? Could the profit-sharing model also be considered for them? Bertram + de Leeuw are very clear about this: books have to be “interesting from a commercial point of view.” According to one of their authors, “two aspects are taken into consideration: the book has to be a potential best-seller and the author has to be marketable.”

Will publishers continue to with the traditional model for literary titles, like they have done for hundreds of years? Or do such titles require a different approach in order to keep up with the challenges the publishing market is currently facing? Let us know what you think!