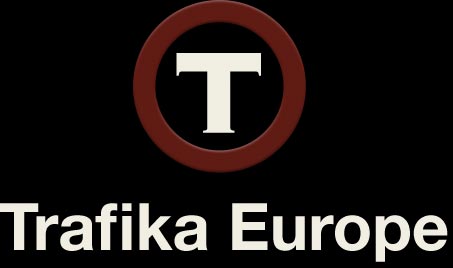 Posted at 22:59h in Articles & Advice by marleen 0 Comments

When we first heard about Trafika Europe, a new platform for great European literature in English, we immediately wanted to share our enthusiasm with our readers and introduce you to such an exciting new initiative.

Building on the success of Trafika, a journal bringing together literature from all over the world, Trafika Europe aims at showcasing literature from every corner of the Old Continent in brand new English translations.

“We want to be your meeting point for cultures across the 47 Council of Europe countries, to showcase what is exciting in emerging voices, and explore issues toward a greater sense of belonging and, ultimately, a more shared identity in Europe”.

With no less a mission, Trafika Europe sets out to publish quarterly literary journals, made available for free through an on-screen reading room that is custom-formatted for all platforms (smartphones included). The project was officially launched in 2014 with a week of events held at the Edinburgh International Book Festival, when the first issue of the journal was presented.  So far, five issues have been published, each one focussing on different areas of Europe – from the Northern islands of Europe (Northern Idyll), to Poland (Polish Nocturne), Latvia (Latvian Sojourn), Armenia (Armenian Rhapsody), and Slovenia (Slovenian Interlude). 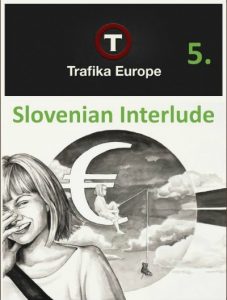 In addition to the online journal, Trafika Europe is now about to launch the first ever literary radio station in Europe. The radio aims to cover various kinds of literary events, as well as to organise book launches, readings and discussions with authors.

To find out more about the project, we asked the director and editor-in-chief Andrew Singer to explain why such a pan-European approach to culture and literature appears so indispensable today.

Giulia: Can you explain what Trafika Europe is? Who is involved in this project?

Andrew: Trafika Europe is a 48-country project to raise up regard for European literature internationally in English and English translation. Our online literary quarterly has just completed its first year, and we’re busy preparing to add several exciting components: a fully curated calendar of European literary events, a virtual European bookshop, select reviews and essays, a series of annual print volumes (our first is due out very soon) and notably: Trafika Europe Radio – Europe’s literary radio station! We want to help foster greater community for European literature and literary translation generally, and give greater voice to writers across the many wonderful cultures of Europe.

Besides myself, just to mention a few other names at Trafika Europe: among our Editors is Stephen Donoghue, who is also Managing Director of Open Letters Monthly. Our Advisors include the former poetry editor of Partisan Review and Chancellor of the Academy of American Poets, Rosanna Warren, as well as President of English PEN Maureen Freely, and the wonderful European literary essayist and poet John Taylor. Many others are contributing in these and other capacities by now.

Rather than seeing ourselves as a separate, private project, we’re seeking to build a platform that can honor and connect existing efforts, ideally to serve as a new piece of cultural infrastructure for European literature and literary communities. For this we’re seeking as inclusive an approach as possible, and pleased to be partnering with such peers as Music & Literature, Dalkey Archive Press, and quite a number of others, both announced and presently in the works.

G: Why the need for this kind of European platform?

A: Europe has been a grand experiment in this generation, bootstrapping up to a higher, more abstracted form of supra-national governance and organization. For better or worse, it’s had tremendous, visionary growth in its political pillar in the form of the EU, and a corresponding vision in its economic pillar with the Eurozone. There hasn’t really been any comparable vision in the cultural sphere that has kept up with these – unless you want to count, for example, the attempt to foster democratic norms and civil society, which is really socio-political rather than cultural. Perhaps most of the current backlashes, failings and thrashings we are seeing just now in Europe can trace their roots as symptoms of this imbalance – I mean that the cultural pillar in Europe has not grown with any vision comparable to that of the political and economic pillars in this generation. So, when stressful mass problems arise, governments and peoples scurry back inside their national borders and cultures – and worse, in kneejerk fashion they begin to look backwards for solutions, which in Europe is a murky, dangerous pool indeed.

Trafika Europe is completely non-political, without manifesto, dogma, agenda, or any political affiliations – and we’re also “non-economic” if you will, by which I mean non-commercial. So we have the leisure simply to celebrate and give greater voice to literature. Visitors can enjoy some great new writing, and discover even commercially less viable work even from some quite unknown languages and “cultures” of Europe. Just by maintaining such a space online, perhaps we can contribute, however modestly, to a greater sense of cohesion and belonging all together in Europe.

G: What are the main obstacles to a wider literary exchange in Europe? What could be done (and by whom) to enhance literary diversity in today’s publishing market?

A: An older publishing model held sway in some western European countries such as Italy into the 1970s, and in some eastern European countries behind the iron curtain right through to the early 1990s, in which many titles were printed, of great variety, artistic and intellectual depth, in small print runs, with poor-quality materials very cheaply – and everyone bought them and read them. This was a model which encouraged diversity, and these were very literate societies – cultures rich in ideas and literary currents. 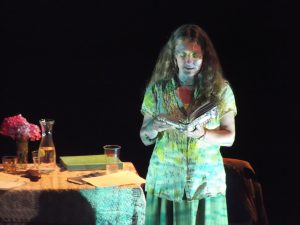 A western model of conglomeration in literary publishing, sales and distribution finally overtook this for a time. It has had its own advantages – but diversity and wider literary exchange has not been dominant in this. Now, as production and distribution costs again plummet using new technologies, and previously solid markets fragment greatly via extreme personalization of our media spaces, we are again seeing a rise in the variety and plurality of voices and ideas. The question is, how can this be curated.

Part of our hope at Trafika Europe is to explore the role technology may have in mediating that conversation, between old and new publishing models, and between an older generation of readers who grew up with traditional publishing, and a younger, interconnected, hypertextual generation of readers online. From one point of view, it seems like we’re again entering a golden age of literary diversity and experimentation, if one can process this and navigate it effectively.

We’re trying to take advantage of recent advances in technology to bring this conversation back around, with a fresh-page approach at the European level. With the right elegant approach and resources, it turns out we really don’t need much else – people certainly seem ready, willing and able to enjoy each others’ cultures more, when the opportunity presents itself.

G: To what extent does being featured in Trafika Europe help authors be noticed by foreign publishers?

A: Several of the pieces we’ve excerpted in the first year of our literary quarterly have gone on to get contracts for their English-language versions with major western publishers. Once we get going with Trafika Europe Radio, such opportunities could increase exponentially.

G: Tell us more about Trafika Europe Radio. What type of audience are you targeting?

A: Our twin goals with Trafika Europe Radio are: (1) to increase discovery and appreciation of literature in translation from Europe for an English-speaking audience internationally, predominantly in the US and UK, and, equally or more importantly, (2) to try to provide a new kind of shared platform for Europe – for people in the 47 countries of Council of Europe – so that these cultures can continue to grow in open, mutual regard. 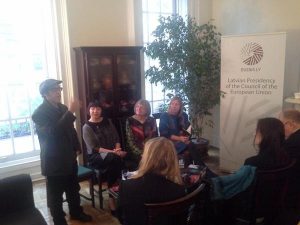 Our Radio will host regular audio podcast series from partner-producers across the continent. Hopefully, these partners will use this as a chance to show us some contours of their cultures we don’t customarily get to see in the commercial sphere. For the first time in history, a majority of people from a majority of all these countries in Europe have one common shared auxiliary language, namely English. So perhaps we can leverage this shared resource to contribute toward a greater sense of shared belonging among Europeans, and the concomitant sharing of culture, of real cultural interchange this can entail. Online radio is experiencing tremendous growth just now, so perhaps our “community radio” forum can be the right medium at the right time for moving a bit forward culturally all together once again.

G: Do the initiatives receive any financial support?

A: We’re bootstrapping up to our final funding model in this time. On the US side, we’re entering into a wonderful affiliation with Penn State University, and on the European side we’re doing the same with a multi-country European cultural foundation (to be announced), which positions us now for larger-scale institutional funding on both sides of the pond.

In the very near-term, we remain dependent on the generosity of private donors to get us through this stage – there’s a Donate page on our site – and we’ve enjoyed some small grants from European cultural institutes and the like.

We’re also thankful for many terrific people in the literary translation world who have seen value in what we’re doing and participated with us in a true spirit of community. We hope our efforts can honor and repay them, and that together we can help enhance the role of translated writing in our English-language cultural conversation, to the benefit of us all.