The Taiwanese Publishing Market: A Close-Up 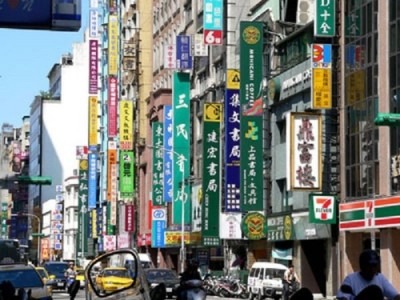 02 May The Taiwanese Publishing Market: A Close-Up

Posted at 17:42h in Articles & Advice, Asia by marleen 0 Comments

What are the main challenges for the Taiwanese publishing market today?

by Giulia Trentacosti — This article was first published in May 2015.

As part of our Publishing Industry Insights Series, 2 Seas Agency continues to explore the main trends facing the publishing industry around the world. This month our focus is on Taiwan, one of Asia’s most dynamic markets.

Renowned for the quality of its editions and for the open-mindedness of its publishers, Taiwan is a relatively small but extremely productive market. Since the 1980s, when its current publishing scene started taking shape, the industry has expanded rapidly to become one of the major rights markets in Asia, especially for US and European titles. The Taipei International Book Exhibition that takes place in February is indeed one of the most important publishing gatherings in the continent. Even though in recent years the percentage of translations has gone down to make space for homegrown talents, foreign books still make up for a quarter of all titles produced in Taiwan and are definitely very popular. According to a market research conducted in 2012 by the leading online retailer books.com.tw, around 70 out of the top 100 bestsellers were translations.

However, the industry is facing several issues, such as a decrease in readership and in retail prices, as well as difficulties in establishing a strong digital market. In addition, just as in many other countries, brick and mortar bookshops are struggling to compete with online retailers, as sadly demonstrated by the fact that around 70% of the bookshops in the famous Chongquing South Road, aka the Taiwanese book street, have shut down in recent years.

To get a close-up on the current situation of the Taiwanese publishing industry and to gain a better understanding of the relation between Taiwan and Mainland China, we spoke with our co-agent Michelle Lin from The Artemis Agency in Taipei.

Giulia: Would you say that there are more small/medium independent publishing houses or large conglomerates operating in the market?

Michelle: There are over 700 publishing houses in Taiwan; of these 700, most are small independent businesses, a few are medium businesses, and rarely there are large conglomerates. In fact, you can use a single hand to count these so-called conglomerates. Among publishers of all sizes, about forty publishing houses actively publish translated titles. Overall the Taiwanese publishing industry produces over 40,000 new titles a year; this rate boosts Taiwan to second place worldwide in books per capita—first place being the UK, while the US ranks 12th and China 25th, according to The International Publishers Association’s annual report (October 2013- October 2014). It is with no doubt that we have an active and good number of participants in the publishing industry.

However, you can also say that this is an oversupplied market. The imbalance of supply and demand has caused a decrease in book prices, retail price discount battles, and even scarier: a drastic shrinkage in market value of nearly 40% compared to 2010. Looking at the side of demand, research done by Commonwealth Publishing Co. found that, in 2014, four major market indicators (average time for reading, titles read, titles bought, and budget for buying books) simultaneously fell. Universally, the market is facing an overpowering giant called “the Internet”.

Our current industry’s challenges: a rapidly shrinking market value, surplus, low revenue, loss of readership—all these issues are certainly increasing the pressure on our independent physical bookstores that are struggling to survive. The e-book market has not yet shown progress, thus it does not represent a threat to physical book sales and bookstores. Content providers and service providers haven’t worked out a win-win model to supply e-books and keep e-book prices low enough to promote e-reading. 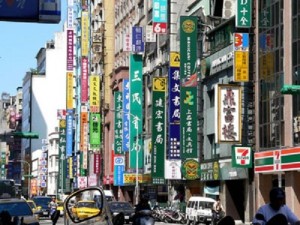 Giulia: Is the Taiwanese market concentrating on a specific genre at the moment? If so, what is the most imported genre?

Michelle: Taiwan, as a whole, prefers non-fiction. The three major non-fiction categories in order of popularity are: self-help (including health, fitness, and hobbies), religion and motivation, and business (including career business and personal finance). Specific interests are constantly influenced by Taiwan’s domestic social agenda and international fashions. Take 2014: topics that have attracted attention are social issues, food safety, children and travel.

On the other hand, in regards to fiction genres, dystopia-based YA novels outperform others. Given its small scale, the publishing market is easily saturated by a small amount of publications, resulting in the constant—and rapid—introduction of new genres.

On the sources of import content, English and Japanese titles remain major suppliers. There is also an increasing import from China as the rights trade between Taiwan and China grows.

Giulia: Do you export many titles? In what markets are Taiwanese authors most successful?

Michelle: Taiwan’s export of titles to China is increasing, far more than to other territories; yet rarely do authors go beyond China and sell in the western world. For example, illustrator and author Jimmy Liao is published into 18 foreign languages. More recently, author Wu Ming-Yi’s ecological parable novel The Man with Compound Eyes is selling in the UK, the US and France. 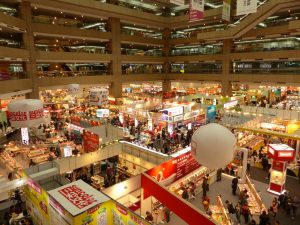 Giulia: What is the role of literary agents in Taiwan?

Michelle: Acquiring foreign titles involves a huge process in terms of information exchange, administration support and steady follow-ups. This workload is often overwhelming and impossible for most publishing houses that work with a small staff; therefore, a literary agency must fill in the gap. Agents introduce titles on behalf of foreign clients and take local publishers’ requests to look for certain foreign works, usually on a free-of-charge basis. Because English is the most common foreign language in Taiwan, there are more English works that have been and are currently being introduced to publishers.

Michelle: Rights trading between Taiwanese publishing houses and their Chinese counterparts is growing, either via direct contacting or through agencies. Taiwanese agents usually handle both Simplified and Traditional Chinese rights sales on behalf of foreign clients because of the reputation that Taiwan has for its nimble market and its freedom, and thus have more experience in rights trading and can convince foreign clients to give them both Chinese representations. Whether they have an office and staff in China or not, Taiwanese agents have good connections with Chinese publishers, making business ties close. In China publishing is currently still heavily controlled by the Chinese government. It is not easy for foreign publishers or agencies dealing with rights licensing to understand the Chinese regulations and red tape regarding publishing.

Giulia: In what ways does the Taiwanese government support the industry?

Michelle: The Taiwanese government does not support the industry by means of fixed book prices, nor it is lowering the VAT on physical or e-books. However, it does allocate a budget to sponsor the annual Taipei International Book Exhibition (TIBE), and encourages publishers to attend major book fairs, such as the Frankfurt, the Hong Kong, and Guadalajara International Book Fairs. There are small funds set to support independent bookstores in order to even out the concentration of bookstore locations between populous and less-populous areas. Independent bookstores prefer a fixed price mechanism, but distributors, online bookstores and some publishers have different thoughts. However, the government is still far from promoting policies to control prices.

Giulia: What is the level of development in the digital market?

Michelle: Development of both the e-book market and e-book readership is currently very slow. The main obstacle is the lack of productive business models for both content providers (publishers and authors who own rights) and distributors (service providers and retailers) aiming to foster cooperation and to enhance digital reading. In turn, e-book prices are not competitive enough to push sales, and the market is still awaiting reasonably-priced, format-supporting e-readers to emerge. Should those problems be solved, I believe readers would love to try e-books and we would then see decisive progress in the digital market.