Something Unique About Quebec 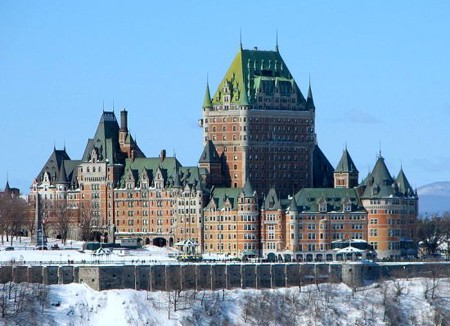 21 Mar Something Unique About Quebec

Posted at 15:20h in Articles & Advice, Quebec by marleen 0 Comments

Something Unique About Quebec


When you say Quebec, many people will immediately think of Céline Dion and the Cirque du Soleil, while lovers of the beat generation might remember hearing Kerouac speak French (his parents were French-Canadian). But Quebec has a lot more to it.

Sometimes we don’t even know that certain international successes are originally from Quebec. I had no idea that this little bald boy Caillou, world famous children’s book star, was created in Montreal. As far as literature is concerned, there are Dany Laferrière, born in Haïti but no less Quebecer, and Gil Courtemanche, the famous writer of Un dimanche à la piscine à Kigali, which are both published by Editions Boréal. Both are translated into many languages—23 rights deals so far for Gil Courtemanche!

From a younger generation of Quebecers known for their international literary success come Nicolas Dickner, whose novel Nikolski is now published in ten countries, and Pierre Szalowski, published by Editions Hurtubise, whose Le froid modifie la trajectoire des poissons is translated into among others English, Spanish, Dutch, Swedish, Italian and German. The latest international bestseller is undoubtedly Kim Thuy’s novel Ru whose rights have been sold in more than 20 countries by her Quebec publisher Libre Expression.

So it is with no surprise that we read in Publishers Weekly last September that “Quebec’s publishers are very active on the international scene, as proven by the total revenues for book export—C$37 million in 2010, and for the sale of rights, almost C$5 million.” Examples can be taken from children’s and adult literature, as well as in general and academic publishing, and graphic novels where an impressive variety of publications are exported or co-published.

There is something quite peculiar about Quebec, which stems from a very unique history and culture. Quebec is a special place, where 7,000,000 French native speakers live among English speakers. Carole Boutin from the Foreign Department at Libre Expression shares an interesting thought: “the success of Quebec’s literary publishing is probably due to a certain American je ne sais quoi with a European historical background.”

If you had the chance to live in Montreal for a while, you cannot deny this special energy coming from the bilingual and singular urban culture. And this dynamism is obvious in the French language publishing industry in Quebec. In the last ten years, we’ve seen the start of young urban publishers with fresh and innovative content. To name a few: Alto, Marchand de feuilles, Le Quartanier, Héliotrope, Lux and Mémoire d’Encrier.

This new generation of publishers grows stepwise, nourished by such successes as Alto’s first novel, the previously mentioned Nikolski by Nicolas Dickner, of which over 100,000 copies were sold in Canada alone (75,000 copies in Quebec), or Heliotrope’s literary achievement when Catherine Mavrikakis’ novel Le ciel de Bay City won no less than 3 major awards in 2009. Those independent and almost fearless publishers have an audacity that inspires the more established publishing houses in Quebec. Here you can find daring projects and emerging voices from Quebec, but from elsewhere as well. This year, Antoine Tanguay, owner and publisher of Alto, released the French translation of Anglophone Canadian writer Patrick de Witt, Les frères Sisters. The novel is short-listed for the Quebec Booksellers Award (Prix des libraires). This is only the second time in twenty years that a foreign novel published by a Quebec publisher is selected in this category.

Not being too Quebec-focused and having an eye on international publishing seems to be the key to this new way of publishing in Quebec. Louis-Frédéric Gaudet from Lux, based in Montreal, agrees that “frequent direct contacts between our editors and American authors is an undeniable advantage, (…) we are at ease both with the American sense of pragmatism and the French sense for abstraction and ideas. Feeding and merging these two currents allow us to innovate.”

By its geographical position Quebec is close to the US and its culture. Historically, Quebec shares a special bond with France, vouched by the numerous co-publications between French and French language publishing houses in Quebec each year. But what mainly emerges from Quebec is a unique and distinguished voice, a multicultural crossroad. It would be too long to list all the successes related to the melting pot of today’s population of Quebec’s cities, but the previously mentioned Dany Laferrière, Kim Thuy or the marvelous Haitian team of Mémoire d’Encrier are a great illustration.

To sustain this dynamic literary industry, Quebecers and their government have built one of the most solid networks for international promotion and visibility. The Canada Council for the Arts provides international translation grants to foreign publishers for the translation of literary works by Canadian authors, into languages other than French or English, as well as travel promotion grants to help the Canadian authors to support their publication abroad. While the Sodec, Society for Development of Cultural Enterprises, offers translation subsidies granted by the government of Quebec.

Special organizations such as Québec édition and ANEL, Association nationale des éditeurs de livres, are dedicated to increase international visibility of French-language publications from Quebec. One of their missions is to help Quebec publishers attend international book fairs. While more young associations as Cousins de personne focus on promoting French-language writers from Quebec in France through their webzine, which is already endorsed by 3,000 readers.

One of the largest accomplishments is the importance taken by the nine book fairs occurring in Quebec. With more that 120,000 visitors in November 2011, Montreal’s book fair tends to be one of the hit literary events and aims at becoming an international trade place. While in April 2013, the Quebec City book fair will welcome the bestselling French author Marc Levy as its guest of honor. It will try to go beyond its last record of 60,000 visitors, and confirms the enthusiasm of Quebec readers for books.

A last example of the vivid publishing industry in Quebec is the role of literary awards such as the Quebec Booksellers Award (Prix des libraires), the Grand Prix du livre de Montréal, the Prix littéraire des Collégiens—attributed by high school readers—, the Prix Jacques-Cartier, and the most famous of all, the Governor General’s Literary Awards.

French language literary production from Quebec is rich and precious. Quebecers proud of their singularity are doing their best to promote and protect it. But they do not define themselves only by this French speaking side and have also a strong English language production with new dynamic publishers as Linda Leith Publishing, promotional organs like the Montreal Review of Books and the Association of English-language Publishers of Quebec. But let’s reserve those for another article!

If you want to know more about the Quebec publishing scene, here’s a link to download the 28 pages focusing on publishing in Quebec from the special edition of Publishers Weekly dated September 2012, plus a list of French language publishers from Quebec.

I hope the above will make you want to further explore books from Quebec!