Publishing in Finland: Its Challenges and Opportunities

02 Sep Publishing in Finland: Its Challenges and Opportunities

Interestingly, the number one bestselling title right now is actually a poetry collection, edited by the First Lady of Finland, Jenni Haukio, a poet herself.

As part of our ongoing Publishing Industry Insight Series, this month we take a closer look at publishing in Finland.

With a population of just 5,5 million, Finland counts an average of 20 million book sales per year (meaning an average of four books per person) and one of the highest rates of book-per-capita in the world (it is claimed that the country ranks second after Iceland).

Counting 738 central and local branches, as well as 140 mobile units that serve remote areas, the national network of public libraries is very well established and library usage is among the highest in the world. According to statistics, each Finn visited the library 9 times in 2015, borrowing an average of 16 titles per person, while municipalities spent an average of 58€ per citizen to provide library services.

Finnish authors have benefited from the international momentum enjoyed by Nordic literature, which paved the way to a wider circulation of Finnish authors within Scandinavia and further afield. Over the last few years, around 300-400 Finnish titles have been translated into about 40 foreign languages yearly (more precisely 281 in 2012; 308 in 2013; 408 in 2014; 370 in 2015; 342 in 2016)[source: FILI]).

We discussed the current state of the national book market with Iina Tikanoja, Executive Editor at Gummerus Publishers, one of Finland’s oldest independent publishing companies. 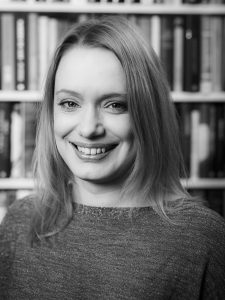 Giulia: What would you say are the main challenges and the main opportunities for Finnish publishers at the moment?

Iina: One of the biggest challenges for Finnish publishers is – and has always been – the small size of our market. With a language not spoken anywhere else than in our small country of 5,5 million people, we have our limitations, and declining sales make it even more challenging. There’s never going to be an international demand for books in Finnish, and the readership cannot be huge, which obviously means that we have to be careful with the costs. An average print run here is 2000 copies at most, but a major bestseller can reach sales of 100 000 copies.

In general, I don’t think that the difficulties Finnish publishers are facing are that different from the rest of the world. The sales for printed books have been declining for a long time, as books have to compete with other media and forms of entertainment. The book market is becoming more polarized, with fewer and fewer titles dominating the sales charts and midlist becoming thinner. The sales channels are struggling and changing, and many bookshops had to close down: 50 years ago there were about 800 bookstores in Finland, today only 120. Paperback sales are declining fast, which may have to do with the growing demand for e-publications. Online shopping is growing, but there are only a few operators active in the market.

As for the opportunities, there are surely those as well. The first quarter of 2017 was especially promising for fiction sales, and e-book and audio book sales are finally picking up – audio book sales having now tripled in comparison to last year. There’s been all this doom and gloom in the media, but people’s hunger for good books and stories is not disappearing and we just have to adapt to the changed environment. Finland used to be a slow territory, as it used to take us quite a long time to react to new literary phenomena and build, for example, brands for authors, but things are now happening much more quickly in general. This can be a challenge but also a major opportunity, as long as you find the right books for your list!

During the last couple of years, the social side of reading has been on the rise in Finland as well. We have quite a few new literary events, such as the Helsinki Lit, an international literature festival that has managed to bring translated literary fiction to the headlines and already feels like an institution. Reading is becoming more of a way to bond with like-minded people, an experience you want to share with the others, and there’s a lot of buzz about the hottest “must read” titles.

G: In what ways does the government support the industry?

I: The government doesn’t provide much support to the publishing industry, and we don’t have a fixed book price system. The VAT on physical books is reduced, 10 %, but it is still the standard 24% on e-publications, which definitely has a negative impact on the digital book market. There has been a lot of debate over this issue during the last years, and the publishers were disappointed recently when EU couldn’t reach an agreement on reducing the VAT rate on e-publications. We are very much hoping that the amendment to the EU VAT directive will be accepted soon.

G: Which genres are more popular?

I: Crime is big, both in Finnish and translated fiction. The Nordic crime boom is still going strong, but some of the biggest bestsellers this year have been psychological suspense from the UK, namely Clare Mackintosh and Paula Hawkins. There’s also lots of demand for translated women’s fiction. Interestingly, however, there’s not much Finnish women’s fiction, not to mention chick lit. Translated fiction bestseller lists are usually skewed towards the commercial side and towards global literary phenomena. Among the Finnish fiction titles that make it to the charts you’ll currently find plenty of historical fiction and literary titles. Interestingly, the number one bestselling title right now is actually a poetry collection, edited by the First Lady of Finland, Jenni Haukio, a poet herself.

G: What is the ratio between local titles and translations? Which languages are the most translated?

I: In fiction, the ratio between local titles and translations is almost 50/50, with a slight emphasis on Finnish titles, and this ratio has remained somewhat stable for the last few years. In 2016, 52 % of new printed fiction titles were Finnish (369 out of 703). Translated fiction has always been a big and important part of our book market and there’s a lot of supply. In Children’s & YA the ratio is different, dominated by translated titles: Last year 63 % of the titles were translations (496 out of 790).

English and Scandinavian languages – especially Swedish that is our second official language – are the most translated languages in Finland, but French, Italian and Spanish are quite popular as well.

G: What is the role of literary agents in Finland?

I: Literary agencies have gained more ground in Finland, but they don’t have the same importance as in the Anglophone context. Finnish authors work directly with publishing houses, with very few exceptions, and the literary agents only handle the translation rights, mostly for a carefully selected list of authors with international appeal. We have only had professional literary agents in Finland for seven years or so, and due to the small size of our market, there are not many who can make a living out of the rights business – especially when there’s no support from the government. The interest and demand for Finnish fiction seems to be growing internationally, though. Translation grant programs, such as the one by FILI – Finnish Literature Exchange, are crucial in getting more Finnish books translated.

[Foreign publishers wishing to translate titles by Finnish authors – written in any of the three national languages, namely Finnish, Finland-Swedish and Sámi – can apply for funds to FILI, a support organization for the export of literature].

I: The digital market has been slow to grow, but tech-savvy Finnish publishers have been preparing and investing in it for a long time already. The transition has been a lot slower than anyone imagined, but we have finally seen some growth last year and especially in the first two quarters of 2017. Last year there was 44 % growth in all e-publications and a whopping 232 % growth in audiobooks, and the rising trend is continuing this year. However, e-publications still make only a tiny portion of the total sales, less than 5 % (Q1-Q2/2017). It’s noteworthy that we don’t have Amazon in Finland and digital sales are somewhat scattered.

Currently it looks like audiobooks may end up being a bigger thing than e-books. There’s a growing demand for audiobooks, largely due to the successful launch of major digital download/streaming subscription services such as Storytel and BookBeat, whereas e-books and especially digital reading devices have never really become popular in Finland and people are reading on their smartphones instead. Surprisingly, the young generation strongly prefers printed books over digital editions. It might be that the digital revolution in publishing will end up looking completely different from what we initially thought and printed books will actually enhance their status as items to own, hold and cherish.