The Netherlands & Flanders as Frankfurt Book Fair Guest of Honor 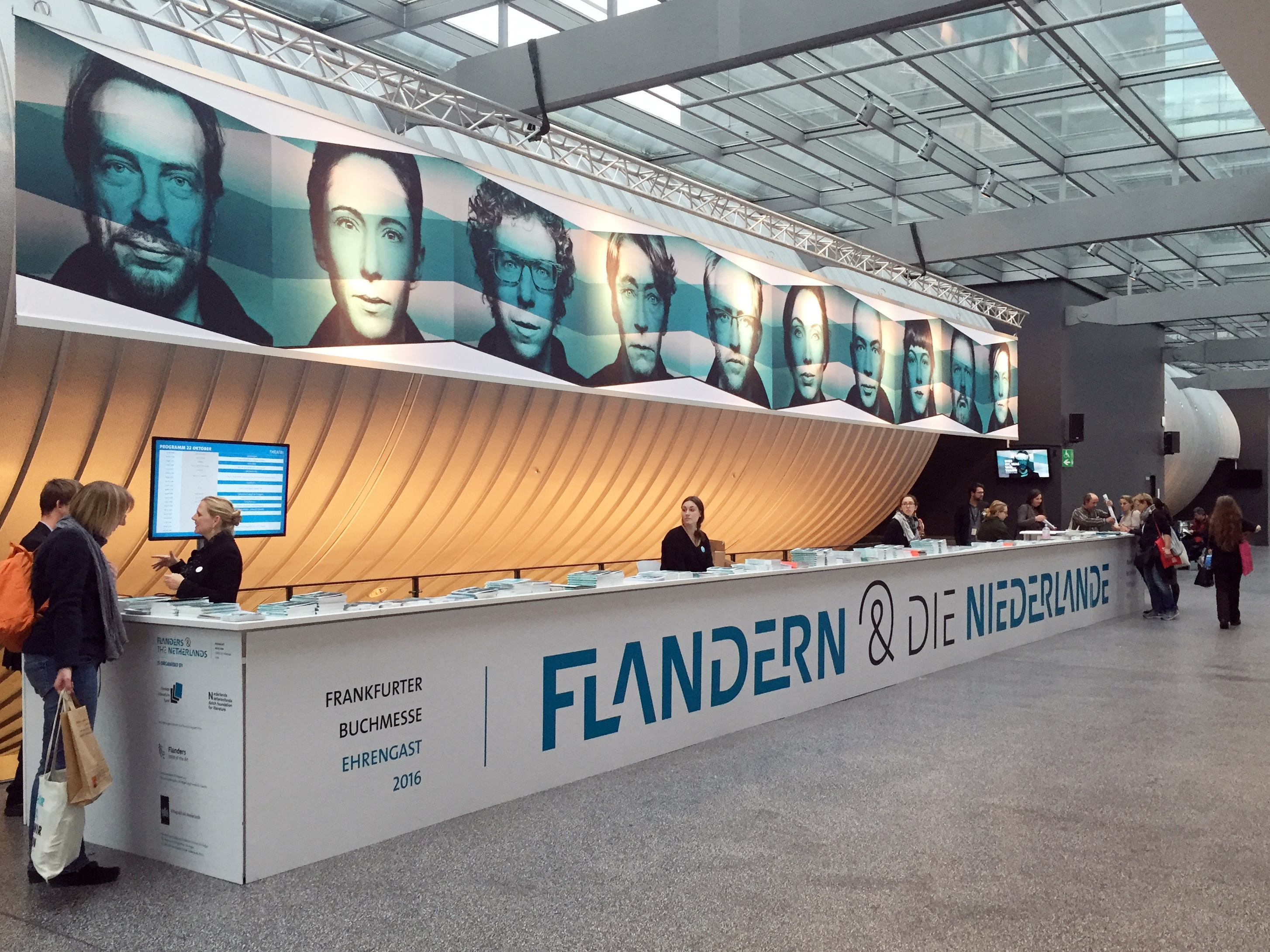 When it was announced that the Netherlands and Flanders were going to be the Guests of Honour at the 2016 Frankfurt Book Fair, the excitement was palpable at 2 Seas Agency due to the strong links we share with both countries.

2016 marked the second occasion in which the Dutch Foundation for Literature and the Flemish Fund for Literature joined forces to promote their respective literatures in Frankfurt (the first time was in 1993). Developed under the artistic direction of author Bart Moeyaert, this time the project was not limited to the fair and included different kinds of cultural events taking place throughout the year across Germany, as well as artistic residencies, publishers’ and press tours that preceded the fair. 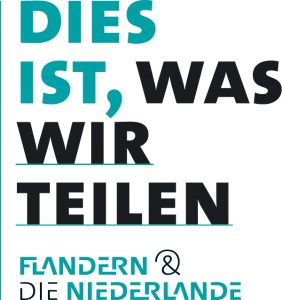 The program in numbers:

This month, as part of our Publishing Industry Insight Series, we asked Judith Uyterlinde (Literary Program Co-ordinator) to take stock of the overall outcome and to reflect on the challenges of coordinating such a complex project. 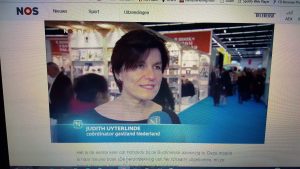 Judith Uyterlinde, while talking to Dutch national TV about the Guest of Honour presentation

Giulia: Are you pleased with the overall outcome of the Guest of Honour presentation at the Frankfurt Book Fair?

Judith: It was a bigger success than we could have dreamed beforehand! Our presentation wasn’t limited to literature only; we also managed to bring a wide range of art forms under the attention of the German public: film, architecture, fine arts, dance, theatre, etc. Within the context of literature we opted for a variety of genres: fiction, non-fiction, poetry, children’s books, graphic novels and comics. We worked together with many cultural and literary institutions, publishers, press- agencies and journalists, government representatives, and of course with many authors, translators and moderators. Apart from the successful presentation during the Frankfurt Book Fair itself, we presented Dutch and Flemish authors in many German cities throughout the whole year of 2016.

It was very inspiring to work with our countries’ best authors and with so many international literature festivals and literature houses in Germany. By spreading our Guest of Honour presentation over the whole year and the whole country, we could bring many more authors to Germany than the 60 authors that we could take to the Frankfurt Book Fair. In total, we brought 171 authors over to Germany who participated in important festivals such as the Leipzig Lesefest, the International Literature Festival in Berlin, the Harbourfront festival in Hamburg, the LitCOLOGNE festival in Köln. Our poets performed with musicians during inspiring Poetry Festivals in Berlin and Bremen. The Internationale Kinder und Jugendbuchwochen in Köln devoted their complete program to Dutch and Flemish children’s book authors. 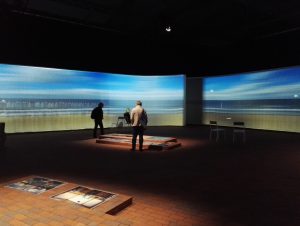 This year’s Guest of Honour’s pavilion, designed by the Cloud Collective, was inspired by the North Sea to honour the shared horizon that connects Flanders, Netherlands and Germany.

Our graphic novelists made live drawings during the international comic book salon Erlangen. Germany has many good festivals, an interested audience and the press pays a lot of attention to culture and literature. Our press conferences were well attended, and the press trips we organised to our countries were highly appreciated and successful. So the answer is YES! I am are very pleased with the outcome. We received many compliments from all people involved.

G: What do you think has been the impact of being Guest of Honour on the promotion of Dutch literature in Germany and in other countries?

J: This is a question we will be able to answer in a few years’ time. But it is a fact that in 2015 and 2016 more than 300 translations of Dutch literature have been published in Germany (normally this is around 80), and many of them have received good press coverage. The German audience was able to see many authors on stage.

In Frankfurt during the book fair it was real difficult to miss the fact that we were Guest of Honour. The Dutch and Flemish pavilion was extremely well visited, and our presence was highly visible in the rest of the book fair and in the city. It’s too early to tell what the results in terms of book sales and further rights sales will be, but the reactions from Dutch and German publishers have been very promising so far. During and after the book fair the interest in Dutch and Flemish authors continued. We really hope the impact will last for many years!

G: What have you learned by being part of the organising team?

J: First you have to develop a clear idea of what is the message you want to communicate. In our case, this was reflected by the motto ‘This is what we share.’ You also need an image that can help you develop all visual presentations. For us it was the image of the sea and its waves which inspired us in the design, from small things such as business cards, to the pavilion we built in a 2300 m2 big space.

Then you have to start working like crazy! Organising a Guest of Honour presentation is like starting a brand new company that requires impressive results within just a few years’ time; you have to build a whole new infrastructure from scratch and deliver at the same time. Information and communication is everything. You need to develop a good data-sharing system, so everyone knows what the others are doing and each team member can have access to the same information anytime it is needed. When you are constantly developing new projects with so many people, as a team you need to avoid miscommunication. 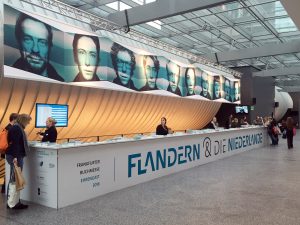 It is also very important to have a clear division of tasks and responsibilities, based on each person’s strengths. There is no time to waste, so all team members need to be able to make decisions in their own areas in order to move forward quickly. I was very pleased with the confidence granted me by the Dutch and Flemish Literary Foundations. They gave me the freedom to make deals with festivals and literature houses without constantly having to consult the directors. I wouldn’t have been able to get so many things done if I was working in a more hierarchical environment in which you waste a lot of time waiting for decisions to be approved by others.

The close cooperation with German partners was also extremely important. Of course, you need to clearly establish your own plans and ideas first, to know more or less what you want, what you have to offer and what you need from the other. As soon as you start talking to people you want to convince to work with you, you need to be flexible enough to adapt your plans to their needs and wishes and knowledge of the local situation. The crucial question is: what is it I want from you, and what is it you want from me? How can we work together and both benefit from the partnership as much as possible? It sounds so simple, and it actually is, as long as you are willing to listen to others.

G: Is there anything you would do differently? What suggestions would you give to next year’s Guest of Honour (France)?

J: I am really proud of the job we did and there are very few things I would do differently. But if I were to work on such a huge project again I would like to have more time to prepare. Time to build a good infrastructure and data management system, as well as to gather the information needed before starting to work on all sorts of projects. Instead we had to build all this along the way, so we were in a constant rush, working like crazy over many nights and weekends, trying to inform everybody about plans we were still developing.

I would recommend future Guest of Honour countries to start early with the preparations. Also, my advice is not to waste too much time with endless discussions, forget about hierarchy and give members of the organising team freedom and budget-responsibility so they can move forward and realise their plans. And try to convince your authors to speak German if they can. Even if their German is poor, the audience appreciates it if they make the effort.

Last but not least: don’t forget to have fun during the process! I will never forget the thrill when I saw 700 people standing in line on the quay to enter the Literature Ship in Cologne where we organised our first event with Dutch author Connie Palmen and Flemish author Saskia de Coster. It’s a wonderful experience – enjoy it!