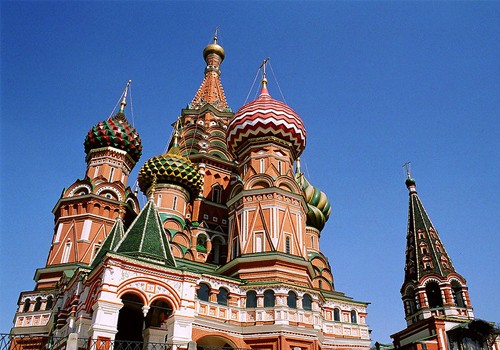 78 of the World’s Billionaires Live in Russia

I had the opportunity to exhibit at the Moscow Book Fair from 4 – 10 September 2012, and thought I would pass along a few observations into the market to 2 Seas Agency’s publishing community.

The Russians’ soaring income is providing for much growth in the market and since 2000, per-capita purchasing power has tripled, to $19,000. Russians are also enjoying a newfound embrace of the internet—boasting 70 million internet users, more than any other European country. The roads are god-awful and the taxi drivers all think they are Mario Andrei, the language is a bear for outsiders, and corruption remains endemic. The World Bank ranks the Russian Federation 120th in terms of ease of doing business, behind such free-market powerhouses as Egypt and Nicaragua. There is some fear that Russia might be sliding back into a recession. As an example, the largest publisher EXMO just gobbled up the number two AST in its post-bankrupt wake.

The Russians are a funny mix caught between a very prolific past and an uncertain but optimistic future. They don’t consider themselves Europeans, yet in many ways they seem to be emulating them.  I heard multiple stories of corruption, and even witnessed some first-hand—there seems to be two ways to do everything, the corrupt and easy way, and the non-corrupt and difficult way. 26% of all Russians paid a bribe in 2010, according to Transparency International’s annual survey, compared with 5% in the U.S.

My fear of omnipresent pirated editions of Western titles was erroneous; I did hear rumblings though from a few publishers about troublesome electronic editions on the internet. Russia signed the Bern Convention in 1998 and since then it seems that things have much improved with regards to the piracy issue. The country is coming out of a crisis, and many Russian publishers were ambivalent to take on new titles— I was often faced with a “we are interested but let’s wait and see” attitude.

The eBook market is just starting to take off and publishers are looking for ways to ‘protect’ their investments, but they are open to releasing eBooks along side the print version. Current eBook strategy is to release the print version and four months later they offer the eBook edition for about half the price—it’s still a new phenomenon for them, so they are being conservative in their approach.

I was the only American exhibitor at the Moscow Book Fair in 2012, but I am very excited about the growing possibilities there and feel that it is an exciting future market with lots of possibilities.