LBF 2015: A Close Look at the Mexican Publishing Market 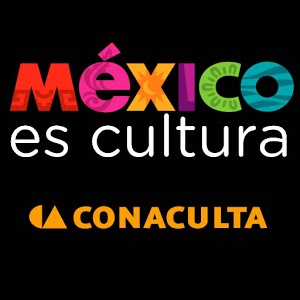 24 Feb LBF 2015: A Close Look at the Mexican Publishing Market

Posted at 20:21h in Articles & Advice, Mexico by marleen 0 Comments

This article was first published in February 2015.

With our international Publishing Industry Insights series, 2 Seas Agency continues to offer our readers an exclusive insider’s view into the publishing scenes of various countries.

The London Book Fair 2015 is nearly upon us, and to honor this major publishing event 2 Seas Agency has turned its attention to Mexico, this year’s guest of honor at the fair.

For its twelfth edition, the LBF Market Focus will feature a year-long Professional Programme aimed at establishing networks and creating business opportunities between Mexican and international publishers, as well as a Cultural Programme involving many contemporary Mexican writers.

Mexico is a fast developing country and represents the second largest economy in Latin America. With a book market worth $830 million (2011) and a reported growth in market volume (+2.7%) and in sales (+13%) since 2010, its publishing scene is a particularly interesting reality.

Since 1987 Mexico is home to the Guadalajara International Book Festival – the most important publishing gathering in the Spanish-speaking world and the second largest book fair after the Frankfurt Buchmesse. Differently from its European counterparts, Guadalajara is also open to the general public and features a rich literary programme that allows readers to engage with their favourite authors.

The Mexican publishing industry is facing a series of issues, such as the lack of interest for reading and the scarcity of bookshops, especially in the most remote and deprived areas of the country. Even though the literacy rate went from 12% to 90% among the population aged 10 to 15 during the decade 1990-2000, this does not seem to have increased the interest for books among the young generations. In fact, the average Mexican adult reads less than two books per year.

The level of internet adoption is the second highest in Latin America and it is calculated that slightly less than 50% of the population (around 59 million people) is able to access the internet. However, the government has been working hard to further increase the digital uptake and it is expected that 2/3 of the population will be connected by 2018.

When speaking of the Mexican publishing industry it is necessary to make a distinction between the private and the public sector. The former is definitely smaller in size, and publishes around 165 million titles yearly. The latter is completely funded by the government, and produces and distributes around 300 million textbooks per year for all the students in the country.

As confirmed by our interview with a Mexican publishing professional below, the government supports private publishers by means of subsidies and through various initiatives. Conaculta (Consejo Nacional para la Cultura y las Artes) is particularly active in encouraging the development of the e-book market. In 2014 it launched Librosmexico.mx, an online platform designed to increase the discoverability of Mexican titles (both in printed and digital form). This huge catalogue of Mexican titles aims to simplify the process of book acquisition for readers, as well as making available historical documents in digital form for free.

To gain a better understanding of this dynamic and complex market we asked a few questions to Eduardo Rabasa, editor at the independent publishing house Sexto Piso and author of the novel La suma de los ceros (2014).

Giulia: It seems like Mexican publishing is undergoing an exciting period of development. What are the main factors behind this growth?

Eduardo: It’s actually difficult to say, but if I had to guess, I’d say that since roughly 10 years some publishers started to defy the usual notions about people in Mexico not reading, not being enough bookshops, etc., and simply began to publish books and try to operate like successful publishing houses in other parts of the world do. At the same time, although it’s true that in Mexico the reading levels and the number of bookshops are pretty low, since it’s a large country and supposedly the middle class has grown some in recent years, there are still enough readers that can be potentially reached by publishing well done high-quality books.

Giulia: Would you say that there are more small/medium independent publishing houses or big conglomerates operating in the market?

Eduardo: In terms of numbers, I’d say more small/medium independent houses, especially in the last few years, where many seem to have been created. However, the presence of big conglomerates is very important and dominant in terms of the market share, so I’d say they’re by far the biggest actors in the publishing scene.

Giulia: Is the market concentrating on a specific genre at the moment? What is the most exported genre?

Eduardo: I’m not sure but I believe that fiction, and especially novels, tend to dominate the market, and I think it’s by far the genre that has been translated more into other languages in terms of books by Mexican authors. However, there is a wide readership for essay and poetry books, it’s just that they sell slowly but constantly over time.

Giulia: What is the role of literary agents in Mexico? Would you say that they have the same importance as in the Anglophone context (especially US)?

Eduardo: Mexican literary agents are virtually non-existent. In fact, most Mexican authors that have an agent have a Spanish or even a British or an American agent. So, the role of literary agents for publishing houses is important like in every other publishing market of the world, but none of the agents that Mexican houses deal with are Mexican, they’re always international.

Giulia: Conaculta – the national council for Culture and Arts – is very much involved in supporting the production and accessibility of e-books. To what extent have their initiatives contributed to the growth of the digital market so far?

Eduardo: I’m not that well informed about e-books in general, and although I know that Conaculta recently launched a digital initiative and platform, I’m not aware of it’s contents, and in any case I think it’s too early to see any results, and from what I can see, so far the digital market in Mexico is virtually non-existent.

Giulia: In what other ways does the government support the industry, e.g. by means of subsidies/fixed book price/lower VAT on physical and/or e-books?

Eduardo: For all the bad press and reputation that the Mexican government has among the intellectuals (and with good reason in socio-political terms), it actually provides great help and support to the publishing industry, by means of subsidies in the form of co-editions and Government purchases, as well as with a 0% VAT on books, which means that although it’s a very complicated and bureaucratic process, publishers can get full refunds on VAT, and that means that books aren’t made more expensive to the readers by this tax.