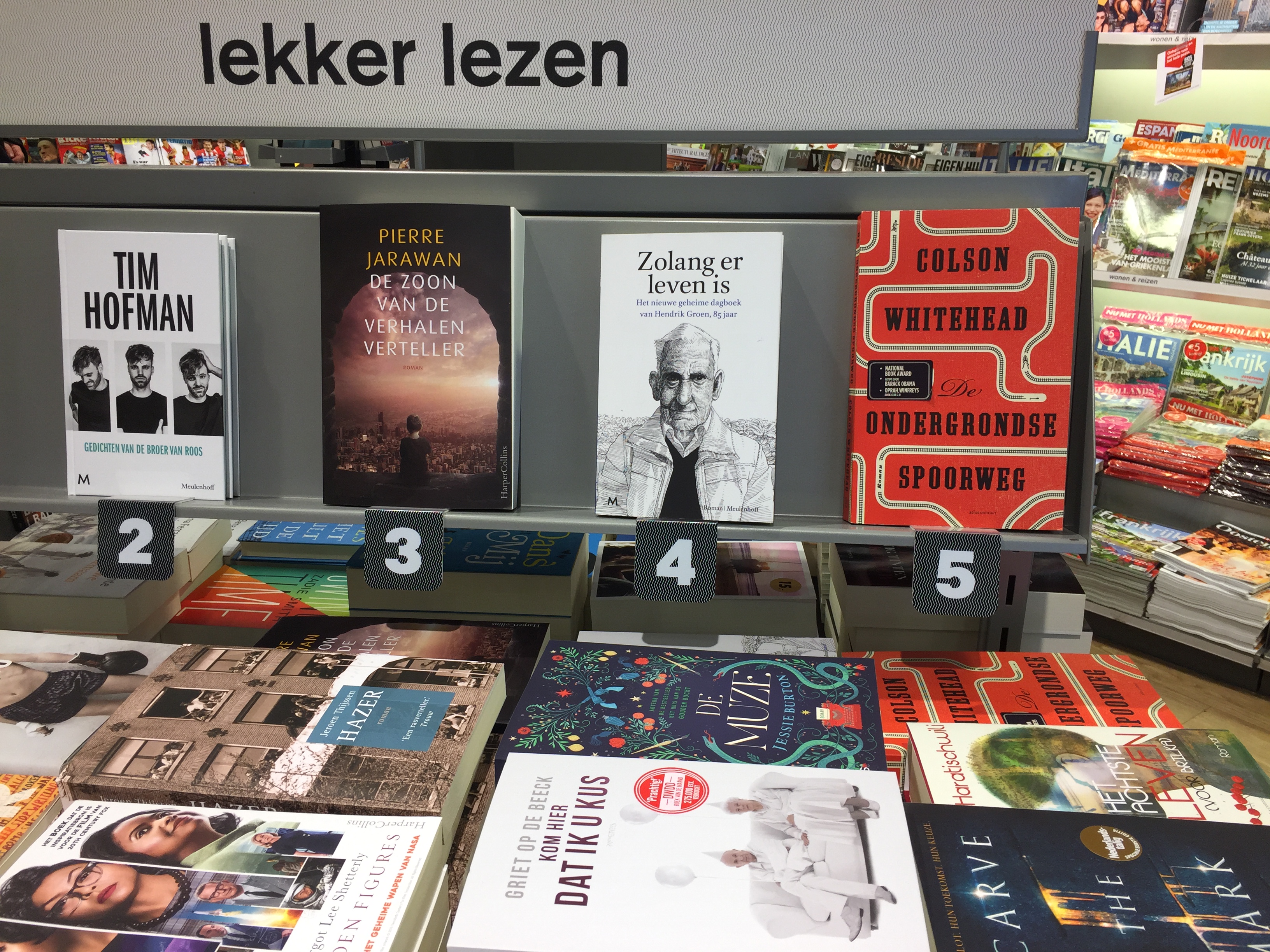 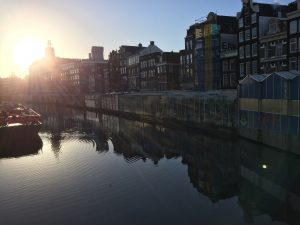 On my way to a meeting by bike, at De Bloemenmarkt (Singel)

Bye bye grey winter: the sun is shining over Dutch publishers (and not just literally)

Apart from one or two rainy days on which I got by with Amsterdam’s easy-to-use public transport system (such a change after a recent trip I took to Los Angeles by train), it was sunny during the week I visited publishers there (March 6 – 10). After a few very tough years — which I have discussed in previous articles — the Dutch publishing scene is also looking brighter. 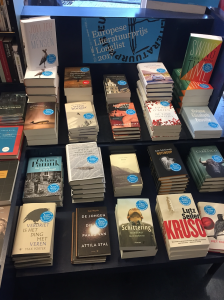 Selection of the European Prize for Literature: Ivan Repila’s THE BOY WHO STOLE ATTILA’S HORSE (De Bezige Bij, represented on behalf of The Ella Sher Literary Agency) is in great company!

I already noticed a change during my last couple of visits to my native land, which was confirmed this week: sales are up and the numbers are positive again. I felt a relief among the people I spoke to, and the ongoing auction for the Obama books caused a true, pre-crisis excitement quite typical for the Netherlands before the crash of the market. For several days it wasn’t sure which sub-agent was going to handle the Dutch rights to both books. Depending on the Penguin Random House imprint, it was either going to be Sebes & Bisseling who historically represent Random House or Marianne Schönbach who has been handling Penguin’s titles for many years. The former ended up getting them both, as Crown was revealed to be their publisher. An 8-way auction went on all week, and at the time of writing the name of the lucky publisher hasn’t yet been made known (but the advance is rumored to be in the 7-figures).

The Obama books are of course an exception and the market hasn’t quite recovered yet, especially when it comes to fiction in translation. All the editors I spoke to unanimously confirmed this trend. Indeed, these numbers have been steadily decreasing over the years — in spite of the fact that more books in translation were published in 2016 than in 2015, when the number was already up compared to 2014. But this increase is mainly due to non-fiction titles in translation. Even though we were handling a two-book deal for a Spanish author while I was in Amsterdam and we had just concluded a deal for an Italian title, English is by far the language the Dutch translate from the most: over 70% of the translated titles are originally written in English. German (9.3%) and French (9.1%) are respectively the second and third language (source: http://kvbboekwerk.nl/nieuws/op-naar-de-london-book-fair/).

Like elsewhere, Dutch publishers are selling more domestic titles and less translations. Agent Marianne Schönbach says in the aforementioned article, “in the past few weeks, more than 70% of the titles in the Bestseller 60 were originally written in Dutch.”

Some Dutch sub-agents have diversified their activities in recent years. Marianne Schönbach has answered the tendency of Dutch publishers to increase their domestic production by representing more Dutch authors as a primary agent. Besides taking part in a reality TV show last year, Sebes & Bisseling have amongst others been expanding their sub-agent activities to the Nordic territories. And of course 2 Seas Agency’s activities don’t focus merely on selling to the Netherlands, since we mostly handle world translation rights on behalf of our clients.

Whoever ends up being the lucky publisher of the Obama books, I’d say the upcoming London Book Fair is off to a positive start for all Dutch publishers thanks to an increasingly stable market and growing confidence. Now let’s hope the results of the Dutch national elections held during the Fair (March 15) won’t ruin it.

PS: For a thorough discussion and recorded live webinar on the Dutch book market, you may read the article I wrote last summer, The Dutch Book and Publishing Market: A Live Webinar.