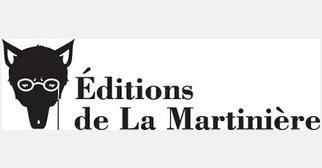 By Marleen Seegers — this article was first published in June 2015

We are delighted to inform you that 2 Seas Agency represents world translation rights on behalf of the wonderful French publisher Editions de La Martinière Littérature, which is part of Editions de la Martinière!

He began releasing new books again in 2010, including some very important ones, like Nelson Mandela’s Conversations with Myself. In October 2014, he put Marie Leroy, who was then Deputy Vice-President of Editions Points (Seuil’s paperback division), in charge of Editions de La Martinière Littérature: her mission was to greatly expand the catalogue.

Like the group whose name it shares, Editions de La Martinière Littérature cares about values like humanity, creativity and audacity. People are at the heart of all the books, whether they have forged an extraordinary fate, followed an unusual path for the sake of something they care deeply about, or have come to life as characters in genuinely powerful novels.

Marie Leroy is 40 years old. After working for Albin Michel and Stock, she got her real start in the world of publishing alongside Laurent Beccaria when he was creating Editions des Arènes.

After a brief stint with a book club (Le Grand Livre du Mois), she became first the Editorial Director and then the Deputy Vice President of Editions Points, Seuil’s paperback division, where she stayed for 10 years.

Alongside Emmanuelle Vial, she built the imprint up, launching several collections («Le Goût des mots» (“A Taste for Words”, devoted to the French language; thrillers, historical novels and more) as well as several successful original books. In October 2014, Hervé de La Martinière invited her to join Editions de La Martinière Littérature. Since 2012, at Editions du Seuil, she has also edited the best-selling author Philippe Delerm, who switched over from Gallimard.

Editions de la Martinière Littérature will publish 25 titles a year. The lists, which aim to be both high-quality and popular, are as follows:

In addition, when the quality of the text warrants it: real-life adventure (if they really stand out), and books about the French language. And of course, those irresistible exceptions, and books that arise from the truly memorable encounters that publishers have occasionally.

Recent publications include the extremely successful and funny current affairs essay DEBT HEADS (On marche sur la dette), which hasn’t left the French best-seller list since its publication one month ago and has been discussed at length in the French press. The book popularizes economy-related issues, such as public debt and all these considerations we generally reserve for “specialists”, those who have a PhD in Economics, leaving the “common people” to pick up the pieces. It’s a militant work, written in the vein of Thomas Piketty’s CAPITAL IN THE 21st CENTURY, but much more accessible—and shorter!

Another title on their list which has been receiving great feedback in the French press is the detective novel WOUNDED WOLVES (Les loups blessés): Le Figaro Magazine recently elected it amongst the 15 must-read detective novels for this summer!

We will be progressively adding Editions de Lamartinière Littérature’s titles to our online catalog—you can find the first selection here!