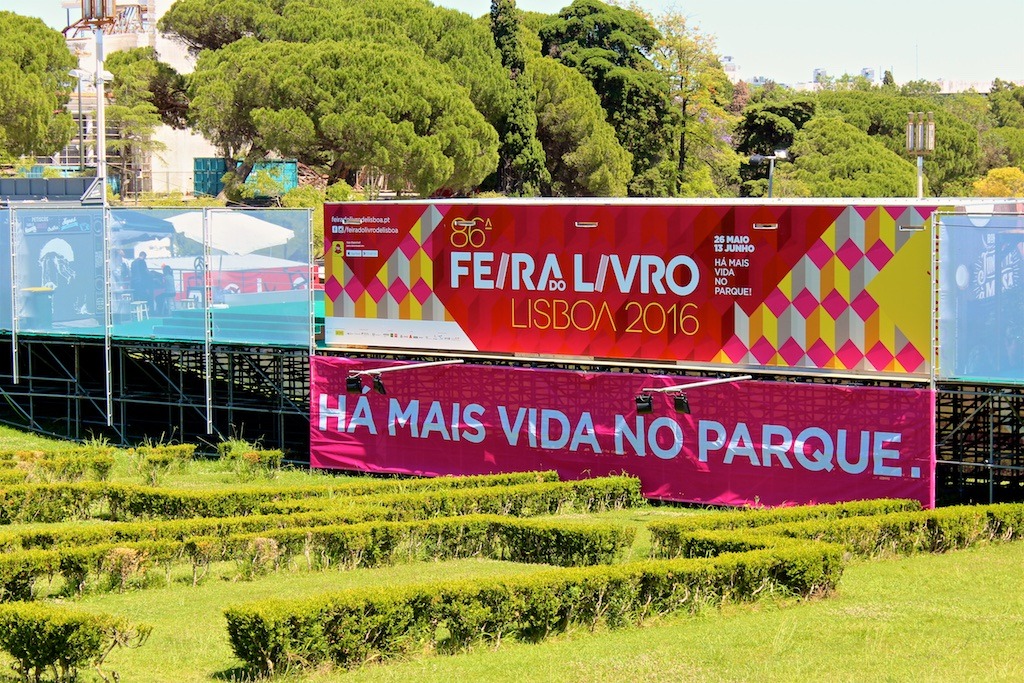 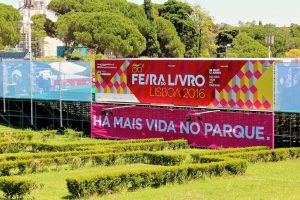 The annual Feira do Livro de Lisboa, which has been running for almost a century, took place between May 26 and June 13 2016

According to APEL (Associação Portuguesa de Editores e Livreiros), during the 2016 edition a record 277 stalls (6 more than in 2015) were set to showcase publishers’ products to visitors, 123 participants (up by 10) and 600 editors and imprints.

The Lisbon Book Fair is one of the oldest cultural festivals held in the capital of Portugal. Inaugurated in the 1930s, it has never closed its doors, even in the most troubled years of Portuguese history. It has been ongoing in its traditional location in the Eduardo VII Park (Parque Eduardo VII), the largest park of Lisbon, which is located in the vicinity of the monumental Praça do Marques de Pombal.

Over half a million visitors strolling the gardens of Eduardo VII Park had the opportunity to purchase books at reduced prices, get to know the latest publications, meet with their favorite authors and get their autographs or attend conferences, workshops, debates, cooking demonstrations etc. There was also a variety of concerts (Ricardo Mestre, V1ruz, ZucaTuga) and over 40 food trucks.

The Arab of the Future Vol. 1 by Riad Sattouf Portuguese edition published by Teorema/Leya in 2015

During my visit on the 11th and 13th of June, I got the chance to walk around the park and have a look at most of the Portuguese publishers’ stands. The park was thriving with visitors, especially during the evening hours. Some of the highlights of my visit included going to Leya’s stand, the Portuguese publisher of The Arab of the Future by Riad Sattouf, which is doing very well. 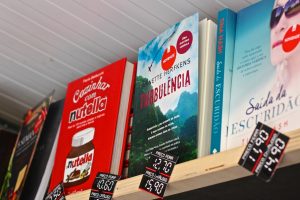 I also got to see the Portuguese edition of Turbulence, another title that has been sold by 2 Seas Agency in association with our Portuguese co-agent, The Ella Sher Literary Agency. I couldn’t miss an introduction with Jacaranda, the Portuguese publishing team of Attempts to Make Something of Life, our best-selling Dutch title which so far has sold to 30 territories. The Portuguese edition will be published October, 2017.

The state of the Portuguese publishing market

My short visit at the Lisbon Book Fair gave me a clearer insight into the Portuguese book market. The blast of the economic crisis hit the book industry too with the majority of the Portuguese publishers confirming that sales were down by 20% compared to last year. They were hoping to catch up with the book sales at the fair and during Christmas period. However, independent publishers with more niche or classic titles declared that sales remained the same. The number of readers may have not increased for them, but they continue with their scheduled publications, keeping sales steady. More commercial publishers explained that the solution is not to publish less titles, but to increase the variety while having shorter print runs, even up to 50% smaller.

Nevertheless, major Portuguese publishers shared in the media that their sales at the Lisbon Book Fair were 10-15% higher than last year. For example, the former banned book Mein Kampf by Adolf Hitler, published by Guerra & Paz, sold hundreds of copies at the fair, with the second edition being sold out.

Up to now, the Feira do Livro in Lisbon has focused mainly on book sales. This year however, for the first time, a delegation of English and German publishers visited the fair, an initiative pushed by the AICEP and the Ministry of Foreign Affairs to encourage greater international exposure for Portuguese authors and publishers.

Mascot of Fernando Pessoa, one of the greatest Portuguese poets

The idea, explained João Amaral, the president of APEL, is for foreign publishers to visit Lisbon and buy foreign rights of Portuguese authors, instead of Portuguese publishers selling them at the Frankfurt and London Book Fair.

In my opinion, introducing a new business model at the fair may indeed attract foreign publishers. The current location may not be ideal for business meetings but with additional space, the Lisbon Book Fair could be the next Salone del Libro of Turin! Who doesn’t want to combine business with pleasure; sightseeing and enjoying Portuguese delicacies in Lisbon whilst buying/selling foreign rights? With direct flights to numerous European and transatlantic destinations, the Lisbon Book Fair may become the London Book Fair of the South!