S2 E10: Gunnar Cynybulk on Founding His Independent Publishing House (during a Pandemic) 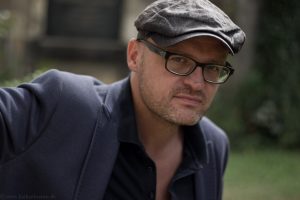 I wanted to better understand Gunnar’s motivations and decision-making process, and decided to invite him as a guest on this podcast.

You’ll find out during the interview that it comes down to “Eat, Pray, Publish”!

Jokes aside, I was moved to hear that one book in particular played a key role in the birth of Kanon Verlag.

Here are some of the questions I asked Gunnar:

Everything from Annie Ernaux and Hannah Arendt (including Eichmann in Jerusalem. A Report on the Banality of Evil; Penguin Classics, 1st edition, 2006)

Gunnar Cynybulk (50) grew up in Leipzig and Bavaria. He was publisher of Aufbau Verlag from 2014 to 2017, and, most recently, publisher of Ullstein Buchverlage (2017 to 2019). In a publishing career that spans 25 years since learning his trade at publishers such as Rowohlt Verlag and Farrar, Straus and Giroux in New York, he has championed authors such as Louise Erdrich, Bov Bjerg and Han Kang. His own novel Das halbe Haus (DuMont 2014) was awarded the Debut Prize of the Cologne book festival.