The Frankfurt Book Fair Is Not Enough 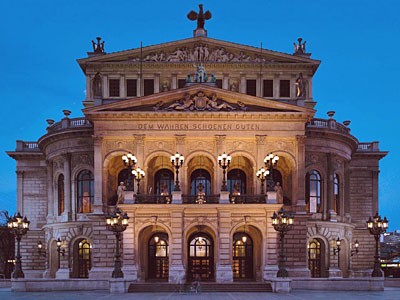 25 Aug The Frankfurt Book Fair Is Not Enough

Posted at 11:49h in Articles & Advice by Publishing Professional 0 Comments

Why Going To the Frankfurt Book Fair Is Not Enough (But It’s a Good Start).

For the last 8 years, my summers have been almost exclusively dedicated to the Frankfurt Book Fair, the world’s most important international book trade show. Preparing the rights catalog, chasing editors to obtain information and material on forthcoming books, organizing events (cocktails, parties), etc. And, of course, scheduling and preparing the actual meetings, which can start as early as June (is it me or does the planning start a little bit earlier each year?).

Unless you’re among the happy August holiday-goers (many French businesses are on stand by this time of the year. Most of the people walking in the Paris streets right now are actually tourists, and it is indeed a great time to visit the city), you are probably in the middle of these preparations as we speak—just like me.

But let’s forget about the Messehalle and the Frankfurter Hof for a moment and focus on book fairs other than the FBF. Each year, when I start planning my Frankfurt schedule, I always block an afternoon, or at least a couple of hours, to visit stands of those countries and publishers I haven’t yet had the opportunity to work with.

It’s a cliché, but it is so very true: nothing is more valuable than reaching out and establishing personal relationships. You never know when a mere 5-minute introductory “stop-and-chat” may very well lead to a longer meeting next time. These exchanges give you insight into particular foreign markets, understand their interests, follow the latest developments in the publishers’ fields, get the gist of their book distribution channels, learn about possible government funding and inform you about important national book events.

Alas, the closer October gets, the fuller my schedule. In spite of my good intentions, I always end up leaving no slot un-booked, no lunch break open to improvisation.

That is why I did not hesitate when in fall 2007, an invitation to the Gaudeamus Book Fair in Bucharest, Romania ended up on my Paris desk. The Fair was preceded by a seminar in which both French and Romanian publishers were participating.

It was an unforgettable experience. The French-Romanian organizing committee did a great job, “courting us with culture” as US publisher Chad Post called it in one of his Publishing Perspectives articles about getting editors invested through trips abroad.

The book fair and the events around it organized by the Romanian Cultural Institute and the French Embassy offered me an excellent opportunity to getting to know the Romanian publishing landscape from within, visit local book stores, and have face-to-face meetings with Romanian publishers. These lasted much longer than the usual rushed 30 minutes in Frankfurt, so they were more informative and went deeper into the subject matter. Besides discussing selected titles from our catalogs, we talked about more general issues such as the country’s history and cultural heritage, which are essential to grasp the market.

Before going to Bucharest, I hardly sold any titles to Romania. That situation changed completely upon my return, and this wasn’t merely a temporary improvement. Lasting business relationships were established there and once again I proved to myself how important it is to attend book fairs.

I’ve had similar experiences visiting Prague, Thessaloniki, and Beijing in the years that followed. My trip to the 2010 Beijing International Book Fair was a real eye-opener to a market which, despite the contacts I already had there, had remained virtually opaque to me. Results were almost immediate upon my return. And they were impressive, which goes in line with the general tendency registered by the BIBF organizing team: a total of 2,379 contracts were signed during the 2010 edition, an increase of 19.48% over the previous year.

Yet my 2010 participation made it clear that the BIBF isn’t a book fair to be visited merely once every couple of years. That is why I will be participating again this year, now as part of the 2 Seas Agency team, and will be doing so every year. The geographical and cultural distances are considerable, and require a regular presence in order to strengthen already established business relationships. Moreover, China now has over 1 billion citizens; the Chinese publishing industry grew 20% in 2009. Its market is changing even more rapidly than anywhere else. A physical presence is vital to follow this evolution closely.

The BIBF organization has realized this, too, and is increasingly devoted to strengthening the exchange between Chinese and overseas publishers. Their latest initiative is the Special Publisher Program, which will be introduced during the 2011 edition. This program is aimed at providing opportunities for publishers and agents from among others Asia, Africa, Latin America, central and eastern Europe to meet Chinese publishers, get to know the national book market and get involved in Chinese publishing circles.

With a new BIBF venue in 2011, much larger than the previous location, an interesting schedule full of meetings with publishers from throughout South-East Asia is awaiting. The 2011 host country is the Netherlands and with a wonderful 2 Seas BIBF Rights List, this year’s Beijing International Book Fair promises to be very exciting.

Yes, it will be a great rentrée, as the French say. After a short break, a change of continents, and the launch of 2 Seas Agency, I am thrilled to go out there and meet wonderful people in the international publishing scene again, first in Beijing and then of course in Frankfurt in October!

It’s not too late to contact 2 Seas Agency for an appointment for the BIBF or the FBF 2011. 2011 will be a fantastic year for publishing, let us represent your titles and make it a great year for you too!