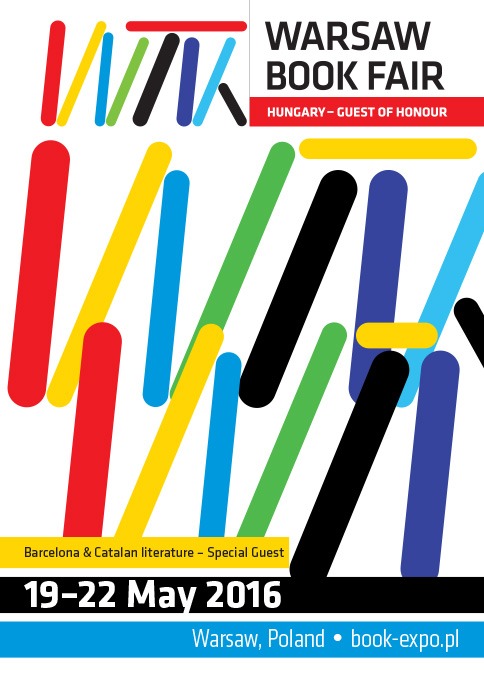 This month our Publishing Industry Insights series travels back to the Old Continent to take a closer look at the biggest publishing market in Eastern Europe: Poland.

With over 38 million inhabitants and a growing GDP, the Polish publishing market certainly has much potential for further development. Since 2010 Poland’s capital is home to the Warsaw Book Fair which, counting over 860 exhibitors from almost 30 countries, has already established itself as one the leading publishing events in Eastern Europe. Its seventh edition will kick out soon (10-13 May) and will host Hungary and Catalonia as special guests.

On the other hand, like in many other European countries, the book industry in Poland has been struggling for a while. In its 2015 report the Polish Book Institute showed a significant decrease of revenues for 2014 (-7,5% on the year before) and also predicted a further contraction of the market for the years to come. Not only the number of active brick-and-mortar bookshops is falling, but also the number of copies printed and sold has dropped dramatically. Just to give an idea, in 2010 Polish publishers sold around 139 million copies, while in 2014 the figure had shrunk down to 105 million.

One of the triggering factors for this period of downturn is often identified in the introduction of a 5% VAT on books in 2011 (books enjoyed a zero taxation before). As predictable, this had repercussions on book prices (which rose more than 10%) and consequently on sales. More alarmingly, studies conducted by the National Library’s Book and the Readership Institute point out to a deep crisis of reading among Poles (see below for the figures) – an issue that publishers will have to address if they want to see the current negative trend reversed. 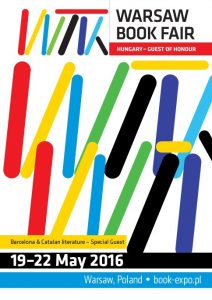 Poster for the 2016 Warsaw book fair

To better understand the state of the Polish book market at this time of crucial change for the industry, we interviewed our co-agent in Poland, Filip Wojciechowski from Graal Literary Agency.

Giulia: What would you say are the main challenges and the main opportunities for Polish publishers at the moment?

Filip: I feel that many of the challenges facing publishers are essentially the same around the world and they consist in responding to the changes that have been reshaping our society over the last 20 years or so. Today books compete not only with other books, but also – if not primarily – with other forms of cultural consumption/entertainment. The greatest opportunity cost of reading a book is the time it takes – time that could be spent watching movies, television, browsing the internet, meeting with friends, participating in sports, etc.  The challenge that continues to face our industry as a whole is to convince more people that time spent reading books is time well spent.

This challenge seems especially urgent in Poland, where according to studies 58% of people have not read a single book in a year and 60% have not bought any books except school textbooks in the same period.  There are no books at all in 16% of Polish households and the only books in another 15% of households are children’s books and textbooks.  People who buy more than 7 books every year make up only about 2% of the country’s population.

On the structural level the book market in Poland is heavily dominated by large distributors and chains, at the expense of smaller book stores.  As a result the number of bookshops in Poland decreased by about 25% between 1999 and 2012, and the trend continues to develop in a way that threatens the industry as a whole, according to some opinions.

Poland, nevertheless, remains one of the biggest markets in Europe and, as the GDP increases, the country has great potential for growth in the future – assuming that the above mentioned negative trends can be successfully counteracted and reversed.

G: In what ways does the government support the industry?

F: There is relatively little government support for the book industry in Poland at the moment.  While VAT is lower on books compared to other products (5%), e-books are taxed at the full rate.  There was an initiative, supported by many publishers, to pass a legislation that would regulate the price of new books in an effort to allow independent brick-and-mortar book stores to compete with chains and online retailers. However, it is not clear right now whether such legislation will be passed or even considered by the parliament.

The government used to subsidize various non-commercial (primarily academic) publications in the past, but this program was ended as a cost-cutting measure a few years ago, when the country was dealing with the global economic crisis.  More recently, the government started to compete indirectly with local textbook publishers by choosing to publish primary school textbooks which are then given to students for free. While greeted with enthusiasm by Polish parents, this decision is expected to have a negative long-term impact, not only on textbook publishers, but also on bookstores around the country.

On the bright side, there is a number of government programs aimed at improving reading and literacy statistics.  And lastly, it’s worth mentioning the work done by the Polish Book Institute (Instytut Książki) – a government organization that supports publication of works by Polish authors abroad through the award of direct subsidies to foreign publishers and translators.

G: Which genres are more popular?

F: Poland, in general, tends to follow global trends, though these trends usually arrive here with a delay in comparison with the originating markets.  Naturally, some trends have a greater impact on our market than others.  It would be difficult to identify a single genre that could be pointed out as particularly popular or even dominant, in the same way that vampire books were some time ago.  That being said, it may be possible to identify some popular trends like for example the rise of colouring books for adults, or the incredible success of Keri Smith’s Wreck This Journal which created a demand for “interactive books” in the last year or so.  We did also notice that recently publishers started looking for books by popular bloggers, vloggers and social media personalities, though with these kind of books it’s always a question of whether the popularity of foreign celebrities is translatable to other markets.

The most popular genre in fiction last year seems to have been thrillers, with books like The Girl on the Train by Paula Hawkins, The Girl in the Spider Web by David Lagercrantz, The Lion Tamer by Camilla Läckberg and Okularnik by Polish author Katarzyna Bonda, dominating the bestsellers lists.

G: What is the ratio between local titles and translations?

F: Translations make up about 20% of all books published in Poland in recent years, but we have to keep in mind that this statistic includes textbooks, academic books and professional publications that are predominantly written by Polish authors. If we consider only literary works, translations represent around 44%; however, this ratio can be significantly higher for some specific genres, especially for commercial ones.  In the case of crime novels and thrillers, for example, more than 70% of all titles published in Poland are translations.

On the other hand, we can also identify genres where local authors seem to have a competitive advantage over foreign authors.  Children’s picture books by Polish authors, for example, seem to be much more popular than their translated counterparts – it is perhaps due to the fact that parents who buy books for their children tend to prefer stories and illustrations similar to what they remember from their own childhood.  The situation is similar for genres such as cookbooks. In this case too Polish authors tend to have an advantage in that they can count on a local online following. Moreover, they’re able to tailor their recommendations to the culinary tastes of the population and propose recipes with products that are largely available in Polish stores.

G: What is the role of literary agents in Poland?

F: The role of agents in Poland is very different compared to the US or the UK.  This is partially due to tradition: Polish publishing houses have historically preferred to work directly with authors. This is also partially a consequence of the fact that Polish authors are paid much less than British or American authors.  It’s thus more difficult for an agent here to run a successful business relying on a traditional commission model.  To make matters worse, there is only limited interest in Polish books abroad, as Poland, by and large, tends to import, rather than export its culture. An agency serving Polish authors isn’t therefore able to boost its earnings by means of commission on international rights sales.

The practical consequence of all this is that all leading literary agencies in Poland are sub-agencies focused nearly exclusively on selling translation rights on behalf of their international clients.  The business model of a sub-agency is simply more feasible within the constrains of what the Polish book market can support at the moment.  There are exceptions to any rule, of course, and I should mention that there are agencies in Poland that work primarily with Polish authors, but these often don’t involve themselves in licensing and focus instead on organizing book tours and promotional events on behalf of their clients.  There is also one agency that specializes in representing translation rights to a list of elite Polish authors. 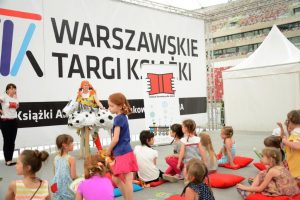 G: Are there more small/medium independent publishing houses or big conglomerates operating in the market?

F: The Polish book market comprises mainly of small/medium companies.  This is especially true for fiction and non-fiction. The largest publishing houses in Poland are almost exclusively textbook and academic publishers. While there is an ongoing process of consolidation in the industry, it’s relatively slow and doesn’t change the overall character of the market.  If we exclude textbook/academic publishers, the leading companies in the market introduce no more than 200-300 new titles per year. Out of the over 2000 publishing houses active in Poland, there are about 600-700 that bring out more than 10 books, while the remaining ones typically publish only a few titles per year.

F: The digital market is still relatively underdeveloped in Poland and still exhibits all the characteristics of an early adopter. That clearly shows that the market for digital content doesn’t automatically develop spontaneously as soon as the technology makes it possible. Creating a market for digital content requires instead massive investments from content distributors and publishers – something that did take place in the US, for example, but that is severely lacking in Poland.

Sales of e-books are growing but revenues of those sales are estimated to amount only to 2-3% of the overall annual revenues. Lastly, it’s worth noting that the market for digital audio content has also been growing very dynamically in recent years, though in terms of revenues it still lags behind e-books for the time being.

G: What about online retailers?

F: Online retail channels have been growing rapidly in recent years at the expense of traditional distribution channels.  In 2014 online sales totalled around 30% of all revenues from book sales in Poland.  The online retail market is very fragmented and there isn’t a single dominant online retailer. The competition is primarily about prices – a situation that is far from ideal for both publishers and independent brick-and-mortar bookstores.