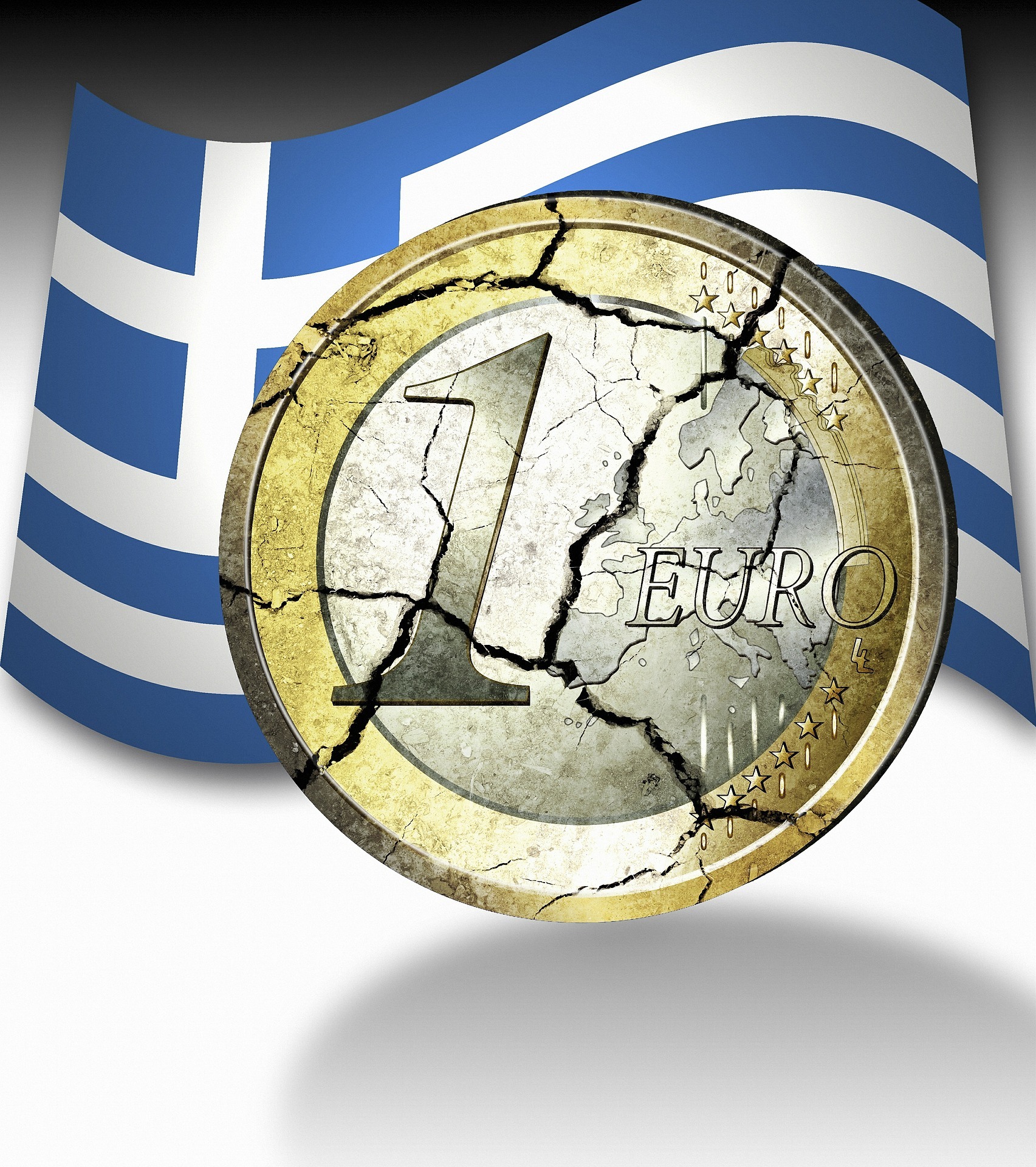 Posted at 15:55h in Articles & Advice, Greece by marleen 0 Comments

As part of our Publishing Industry Insight Series, this month we look at the consequences of Greece’s economic crisis on the country’s publishing industry.

There’s no hiding it: since the beginning of the crisis in 2010, the Greek publishing market in Greece has contracted dramatically and the industry is struggling to cope. Many important players, including some of the major publishing groups and retail chains, as well as the National Book Centre (EKEBI), have shut down, while book production and turnovers have decreased substantially.

Like in every crisis, the market is undergoing a period of broad re-shaping as the industry adjusts itself to the new dynamics imposed by the recession and by the austerity measures.

To get a better understanding of where the Greek publishing industry stands right now, and of where it is heading towards, we talked to our Athens-based co-agent Evangelia Avloniti, founder of Ersilia Literary Agency.

Giulia: In what ways has the economic crisis affected the book industry? 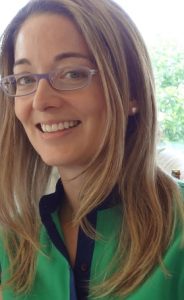 Evangelia: It is important to note that the Greek book industry was thriving prior to 2010. The early 2000s saw a steady rise in book production and consumption spurring an impressive growth in the book market. However, all this started to change gradually and dramatically from 2010 onwards. Just to give you some numbers provided by the now defunct National Book Centre of Greece (EKEBI), in 2008 there were 10,680 titles published in Greece whereas in 2012 the number had gone down to approximately 7,000. The fall has been steeper in recent years, but sadly, with the closure of EKEBI in 2013, we no longer have official book production statistics available for 2013 onwards.

The economic crisis has changed the face of Greek publishing in more ways than one. First of all, it altered Greece’s publishing model. Three big media conglomerates closed down between 2011 and 2012. According to statistics provided by EKEBI, in 2004, there were seven leading publishers producing over 200 titles a year accounting for 24% of the total book title production. In 2011, there were only three and their production share had fallen to 8.8%. Consequently the entire hierarchy of Greek publishing has changed. Now we have far fewer publishers at the top, a relatively small number of medium sized publishers in the middle and many smaller publishing houses at the bottom. On the bright side, quite a few very successful small literary publishers have emerged in the last six years such as Kichli, Antipodes, Key Books, Ropi and Diametros, to name but a few.

The Greek bookshop model has also changed significantly since 2010. Eleftheroudakis and Papasotiriou, Greece’s two biggest bookstore chains suffered huge losses, with Papasotiriou eventually closing down in 2016.  Eleftheroudakis has shrunk from 31 to 3 stores in the last six years and Papasotiriou’s went on from having 30 to 14 stores until its eventual closure. There is currently only one big bookstore chain in Greece, Public, which also operates as a multi-product store with around 45 branches around the country.

On a positive note, a lot of small sized independent literary bookshops have emerged in recent years employing a more personalised service and a more curated list of books.

The closure of EKEBI in January 2013 has also brought important changes in the Greek book industry. Some basic functions of EKEBI (including the organisation of the Thessaloniki Book Fair) were incorporated into the Hellenic Foundation for Culture in 2014. Others, like the Frasis translation subsidy scheme and the promotion of reading in schools have been abolished all together. Currently Greece lacks a designated institution for the implementation of a national policy for the promotion of books which is deeply worrying for the future of books and reading in the country.

The biggest shock the Greek book market has experienced since the beginning of the crisis was without a doubt the capital controls and the bank holiday the government imposed on June 28, 2015 following the call for a referendum. According to Greek literary magazine, O Anagnostis, the turnover for Greek bookshops during July 2015 fell by 50–80%; publishers reported that their turnover slipped by 80% and their production by almost 90%. The worst was thankfully over by the end of 2015 but it was a rather dramatic time for Greek publishing which is still causing minor aftershocks. For example, it is still an expensive and time-consuming affair to send wire transfers abroad as the 2015 capital controls are still in effect.*

G: What would you say are the main challenges and the main opportunities for Greek publishers at the moment?

E: Greek publishers have been fighting for survival for over 6 years now which is not only extremely challenging but can also be quite demoralising at times. No matter how optimistic, innovative and resourceful one can be, the pressures of harsh austerity measures and steep tax increases coupled with high production costs and low sales, make it difficult for publishers to survive let alone make a good profit out of publishing.

Of course, there are bright spots amongst the gloom. There are quite a few big to medium sized publishers who are steadily and impressively battling through the storm through careful management, a tighter and select publishing program, and a re-organization of functions such as sales and marketing. There is also a new generation of small successful publishers who are employing leaner business models while offering high-quality services. However, the fact remains that there are consistently fewer and fewer opportunities for growth in a country whose economy has shrunk by a quarter in five years, unemployment is about 25% and its bailout money is not making its way into the economy but towards paying off the country’s international loans.

G: Does the government support the industry, e.g. by means of subsidies/fixed book price/lower VAT on physical and/or e-books?

E: The government is providing very little support to the publishing industry. There are currently no subsidies and there exists no translation funding scheme for the promotion of Greek books internationally. Last but not least, following the sudden closure of EKEBI in 2013, Greece currently lacks a designated institution for the implementation of a national policy for the promotion of books.

The fixed book price law which had been in effect since 1997 was revised in 2014 and changed into a laxer pricing scheme whereby free discounts can be applied to all books with the exception of fiction and children’s titles. The latter can only be discounted for up to 10% for a maximum of two years provided the book has not been republished.

VAT has been a matter of contention for over a year now. Even though VAT on physical books has been lowered from 6.5 to 6%, VAT on book production (printing, binding, etc) has gone up from 6.5% to 23% percent. This has had a negative effect for the publishing industry leading to higher book prices and lower sales, among others.

G: What is the percentage between local titles and translations?

E: We’ve seen a significant rise in Greek-originated fiction titles in Greece during the last six years, which has been caused by a marked decrease in foreign fiction titles due to the high advance/translation costs. The percentage of translated titles can be seen in the table below (provided by the now defunct EKEBI). Sadly, we have no official statistics for 2013 onwards, due to the closure of EKEBI.

G: What is the role of literary agents in Greece? Would you say that they have the same importance as in the Anglophone context (especially US)?

E: For many years, in fact decades, agenting in Greece meant exclusively co-agenting for foreign publishers and agents.

Primary literary agents are still a rarity in Greece. Our book market has always been very small so traditionally authors would deal with publishers directly. This is slowly changing, however, especially for authors who are very prolific and successful and have a lot of contracts to negotiate. Nikos Dimou, who I represent both in Greece and worldwide, is a brilliant case in point. Since 2013 we have been slowly but steadily reprinting most of his best-sellers and long-sellers with Patakis whilst also bringing his new books to the market.

Considering the above and the fact that advances in Greek primary agenting are extremely rare, if non-existent, Greek agents do not have the same importance here as in other countries like the UK and the US.

Representing Greek authors internationally is a relatively recent development in Greek agenting. It requires a lot of hard work on the part of the agent, as Greek literature is practically invisible abroad for a variety of reasons I have tried to broach in a two–part series article for Publishing Perspectives. A translation grant programme would have helped enormously in our efforts, of course, but given the current state of affairs in Greece we cannot but be resilient and resourceful and continue operating without a support system.

G: What is the level of development of the digital market? What about online retailers?

E: The impact of digital/e-books on the Greek market is minimal with e-books representing less than 0.5% of the consumer book market. E-book sales for Patakis, Psichogios and Metaichmio (who have the largest e-book catalogues in the Greek language) constitute around 0.5 to 1% of their revenue and the same applies for smaller publishers like Enalios, who publish their entire catalogue in e-book and distribute it through Cosmote, Greece’s biggest e-book distributor. The growing popularity of iPads, tablets and e-book readers in Greece indicates that e-book sales will rise in the future but there is still scepticism over e-books amongst the Greek reading public.

* Read this article for a more detailed analysis of the effects of the economic crisis on the Greek book industry.