Brexit & Publishing: What Lies Ahead for the British Cultural Industries? 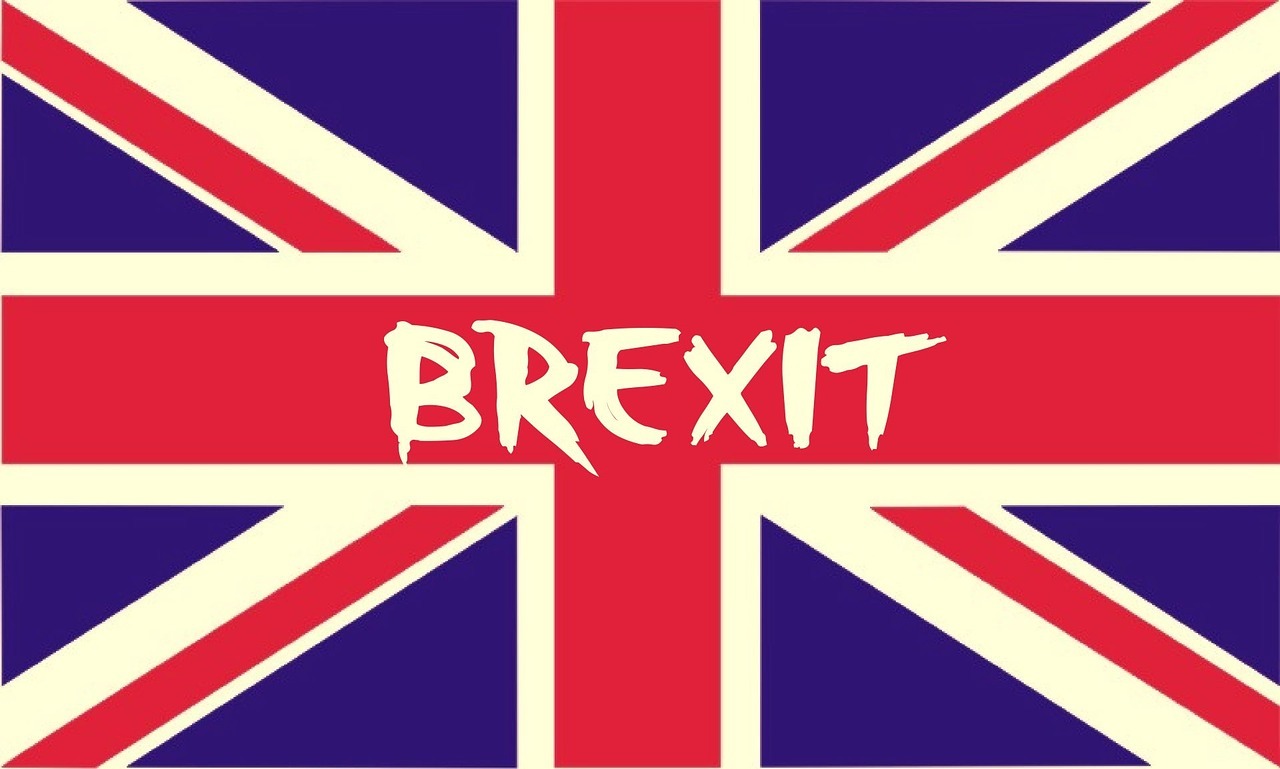 28 Jul Brexit & Publishing: What Lies Ahead for the British Cultural Industries?

In the aftermath of the vote, literary agent Lorella Belli, founder of the Lorella Belli Literary Agency in London, discusses some of the issues facing the UK publishing industry 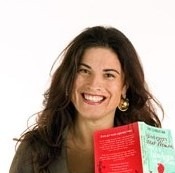 A month has passed since Great Britain voted to leave the European Union. Since then, Brexit has been at the centre of an international debate, although most of the questions regarding the possible economic and politic implications of the vote remain largely unanswered. As part of our Publishing Industry Insight Series, this month we take a closer look at how the industry is responding to this historical decision.

In the run-up to the vote, the Bookseller had conducted two online surveys among industry professionals, which demonstrated to be overwhelmingly in favour of remaining in the EU. The day before the vote, Waterstone’s MD James Daunt sent an email to all his employees to warn them of the risks of an eventual Leave win: “For Waterstone’s, the impact on sales will reverse much of the hard-won gain of the last few years. To survive, we will have to return to cost-cutting; return, that is, to the brutal reality of job losses and stagnant wages”.

The consequences  that the industry will have to face in the short and long-term are difficult to predict, as they depend on the unravelling of a very complex political and economic negotiation; meanwhile, industry professional and artists seem to agree that the essential task for the cultural industries will be that of maintaining an open-minded and outward-looking attitude, rather than transforming into an “inward-focused Britain with emboldened xenophobic impulses” – as author Victor Schonfeld put it.

To get a first-hand insight into the industry’s reaction, we asked UK-based literary agent and 2 Seas client Lorella Belli to share her opinion, based on her experience and on feedback from colleagues in publishing as well as friends in the wider business community.

Giulia: What consequences do you think Brexit could have on the UK book market?

Lorella: Just over a month after the vote we can now see some of the short term consequences, although in the long term one can only still speculate at this stage. A lot hinges on whether the UK will still be part of the European Single Market or not, that will be crucial for all involved.

Uncertainty has clearly not been good for the economy and I fear the negative outlook will carry on more or less until confidence is restored and one is clear on where the country and businesses stand with respect to Europe, and until we know what actions will be implemented over the next few years.

In the aftermath of the referendum consumer confidence was badly affected and less books were bought (although analysts also mentioned the European Championship had an impact on this decline). This was in line with diminished retail sales in other industries too. The stock market made significant losses after the vote, the largest since the last financial crisis.

The predicted devaluation of the Pound is now a fact. It will make it cheaper in the short term to export books for UK publishers and British companies can be more attractive acquisition targets for investors from abroad. Currency fluctuations have a direct effect on deals and payments made/received from abroad for business and authors.

Rules and regulations will be different when the UK will officially be out of the European Union, although we still don’t know how. Issues particularly relevant to the book industry including copyright, piracy and VAT. International taxation could also be affected when it comes to the already complex and fragmented tax treaties in place with the various European countries, and this might also affect the income authors will receive from their foreign rights sales.

Author’s earnings could also be affected by the loss by UK publishers of exclusivity in Europe. If they can’t sell their edition there exclusively but either share that market with the US publisher or lose access altogether, then there is no incentive for them to offer home royalties on European sales, which would result in a smaller royalty per copy on those sales for writers. In the long term, if UK publishers’ exclusive markets are eroded, they will sell less copies overall and in turn they are likely to make smaller offers when buying UK and Commonwealth rights in the first place.

Loss of EU funding is another aspect which will affect authors and businesses relying on it, whether it’s in the form of translation grants, research, co-production or in the academic field. The Leave argument was that what the UK pays to Europe can be directly invested in the UK. However, no one is sure (or had a plan) about the extent of these subsidies or their allocation. With all sectors clamouring for funding, from education to health, from defence to infrastructure, where do publishing and the creative industries come in the pecking order and in future Government spending plans?

Public libraries are already underfunded and closing in larger numbers each year, which will also affect the number of sales publishers make to this institutions (just think of formats like large print for example) as well as the impact the availability of free books has on the public and society in general.

The potential loss of EU translation grants can especially adversely affect small independent publishers and the kind of books they can commission and make available to UK readers, especially literary works. Last month several UK publishers wrote about their commitment to promote literature in translation and the dangers of insularity and nationalistic tendencies, and of undoing so much of the good work which has been done.

It is no wonder the UK’s creative industries also called on the government to ensure its negotiations with European Union keep the country in the European Single Market (and protect against a potential talent drain post-Brexit amongst other things).

People’s opinion on the pros and cons of Brexit seem still very much influenced by whether they voted Leave or Remain, but it is also now clear that many who voted Leave did so without clearly expecting it to actually happen. They intended their vote more as protest against the status quo and didn’t have a precise idea of what they wanted in its place, other than a vague notion of being better off outside of Europe and generic declarations like ‘Taking our country back’ (the slogan of the Leave campaign).

G: Which sectors could be the most affected by this change?

L: Ahead of the referendum many senior figures in the UK book trade as well as authors and  people in the entertainment industry were very vocal about the potential damage to our industry if the Leave campaign was to win. In my experience talking to British colleagues, the vast majority of people in publishing were in favour of Remain, in fact the creative industries in the UK voted overwhelmingly for Remain (the Creative Industry Federation’s members’ survey showed more than 96% support for Remain, with 4% in favour of Leave). As we know, the majority of London voters chose to stay and that’s no coincidence either, considering how much the capital contributes to the overall UK economy.

Other sectors which came out strongly in favour of Remain where technology, media, finance and business. Clearly it was felt that leaving the EU would have an impact on every aspect of life and business.

In the wider economy, property prices, the possible lack of future investment and job losses are other areas of concern; the City and its international standing (should they not be able to carry on with their current benefits of being part of the EU), the possible relocation of companies to mainland Europe if the UK also leaves the European Single Market were other points frequently raised.

Research and international co-operation in various industries and fields are also widely debated.

I just can’t see any industry or section which won’t be effected.

G: How high is the level of concern for the political situation among your UK colleagues?

L: Most people were very concerned just after the referendum as so much happened so quickly  and with far reaching consequences, and for most, unexpectedly. With the Prime Minister making clear he was stepping down immediately after the vote, the fear of a political vacuum, the choice of the next Prime Minister amongst the Conservative (to be elected by party members only rather than in a general election) to the right, the challenge to the Labour leadership to the left, and the two main high-profile campaigners for Leave, Boris Johnson (former Mayor of London and arguably the most popular face of the Out campaign) and Michael Gove (former Secretary of State for Justice ) quickly and ironically out of the political scene despite their ‘victory’, it all seemed very worrying and uncertain as no one seemed to be there to take responsibility and have a strategy or plan amongst the winners (people’s reaction was matched by the stock market crash and the pound losing some 10% of its value in the space of a few days).

Things are more stable now with a new Prime Minister and Cabinet, although things are still not clear in the opposition camp, with a new leadership challenge in the Labour party, crucial to hold the new government to account in this delicate phase of the country’s history. The appointment of Boris Johnson as Foreign Secretary was, shall we say, an ‘interesting’ choice, given his track record and previous remarks on foreign leaders, and was particularly covered and scrutinised in the press and on social media.

G: Will the process of buying and selling rights be influenced by the result of the referendum?

L: Not directly probably, at least in the short term I can’t see any obvious changes. Since the pound crashed against the euro and the dollar, some foreign publishers would favour deals to be done in these currencies. On the other hand, if UK authors are receiving income from abroad in different currencies, that would be to their advantage.

In terms of English-language deals, I mentioned the impact that not having exclusive European rights could have for UK publishers (and authors), at a time when exclusivity in Australia is also under threat.

A weak sterling will make it more expensive for UK publishers to attend trade fairs and festivals abroad, but cheaper for foreigners to come to London. Having said that, book fairs will be even more important than ever for the book trade to connect and share and work together.

After the initial shock, it seems that things are settling down a bit now, if not in real terms at least in people’s level of disappointment and concern amongst those who voted Remain.

In publishing like in other industries, it looks like the next big thing will be to try and keep the UK in the Single Market – Britain’s main export market is Europe, and it wouldn’t be in anyone’s interest to lose access to it.

Brexit has happened and there is no going back, the UK needs now to find a way of making the most of whatever new opportunities or measures will be put into place. And those who work in publishing will be doing their part in making sure business practices, legislation, protection of copyright, author’s rights and authors’ income is maintained, and that a variety of books will still be published and carry on showing us that we have probably more in common than a vote can determine. It will be different, we will have to work harder to make it better.

For further reading on The Bookseller (subscription needed): Independent publishers say they are ‘extremely vulnerable’ to uncertainty caused by Brexit.