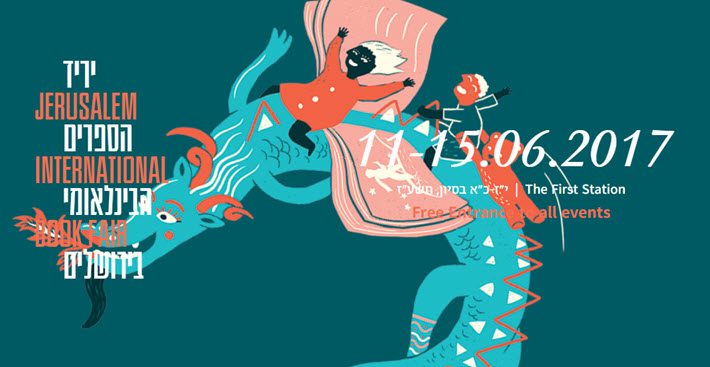 When talking to editors, agents and scouts at various book fairs and elsewhere, the subject of fellowships often arises. Relationships and a thorough knowledge of international markets are at the core of selling and acquiring international publishing rights. Isn’t there a better way to get to know foreign markets, expand your network and seal friendships that often last a lifetime while sharing a camel ride in the Sharjah Desert or enjoying a delicious truffle pasta at Eataly in Turin? 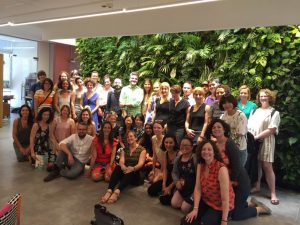 All 37 fellows, with in the center the fellowship coordinator Idit, at the Kinneret offices

Often referred to as ‘the fellowship of all fellowships’, the Zev Birger Fellowship Program, connected to the biennial Jerusalem International Book Fair, is named after former JIBF Chairman Zev Birger (1926-2011). This year, the JIBF was held in June, at the same time as the Hebrew Book Week. Publishing veteran Esther Margolis came up with the idea for the fellowship in 1983 and the first edition was organized two years later. It went on to become an unmissable event in the international publishing scene, which for each edition invites around 35 international editors, scouts and agents and welcomes back numerous alumni. 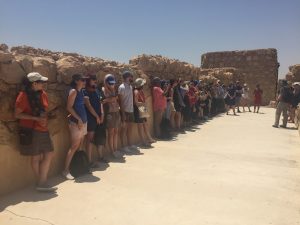 Looking for shade in Masada

I was honored to take part in this year’s fellowship, together with 36 other editors, agents and scouts from countries as varied as Taiwan, Georgia, Austria, Mexico, France, Brazil and India. Our week-long schedule was packed and included trips to Masada and the Dead Sea on the first day (floating together in that salty, hot water was quite a way to get to know each other), Jerusalem’s Old City, a day trip to Tel Aviv during which we stopped by at the publishing houses Kinneret Zmora-Bitan Dvir and Yediot, and an unforgettable visit to the Holocaust remembrance center Yad Vashem.

A big shout-out to the wonderful fellowship coordinator Idit Ben Or, who somehow managed to keep us all in track, got us to where we had to be each time and even more so, on time, provided useful and fun facts, information and perspectives, and taught us some essential words in Hebrew (I can only remember shababa, meaning ‘cool’). 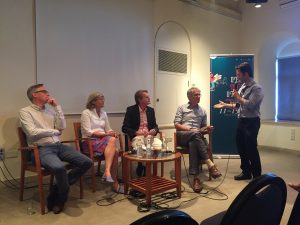 Panel discussion about Values in Publishing

The various discussions and presentations included a keynote by Andrew Nurnberg about the birth of the literary agent, during which he gave a few very interesting anecdotes. A panel discussion focusing on Values in Publishing brought to light several issues, which we would have all liked to explore further. Moderated by Stefan von Holzbrinck of the Holzbrinck Group, the panel further consisted of alumni Eva Cossee of Cossee in the Netherlands, Tom Weldon of PRH UK and Andrew Franklin of Profile Books in the UK. As pointed out early on by Stefan von Holzbrinck, how can one discuss values in publishing with an all-white panel of only Western-Europeans, which consists of three men and only one woman? But time wasn’t on our hands as we had to go to the next event. After a quick drink organized by Granta, several fellows went on to attend an excellent interview, in English, of bestselling Israeli author Yuval Noah Harari (Sapiens, Homo Deus). Much to our surprise, not many people attended and we had first-row seats.

Another author who crossed our paths, more than once even, was the recipient of this year’s Jerusalem Prize award Karl Ove Knausgård. The night before we attended the award ceremony, he suddenly appeared at the restaurant where some of us were finishing dinner. Yes, the Jerusalem fellowship has it all: one moment you’re floating in the Dead Sea, the next you’re eating hummus with Knausgård… 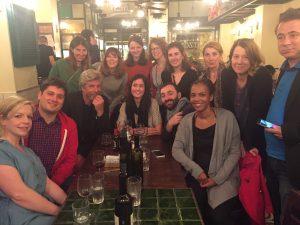 The current state of Israeli publishing

Of course we also learned about the state of the Israeli publishing market. It’s been a complicated market for 2 Seas, and it turned out we aren’t the only ones to have faced challenges. The average Israeli reads no less than 10 books per year but, as one Israeli publishing professional said, Israeli love buying books, as long as they are cheap. As put by another: In Israel, no one will buy products that are not on sale.

We learned that after about 10 years of aggressive pricing, during which the two big bookstore chains Steimatzky and Tzomet Sefarim sold books at about US$7 per book (which would leave an author with less than US$1 of earnings per book sold), a controversial law nicknamed the “French” law was voted in 2013 and came in effect in 2014. The law imposed a fixed book prize for 18 months following publication, and was supposed to last for an initial trial period of 3 years. It turned out to have many flaws, and lasted less than two years. As an example, an independent Israeli publisher pointed out during a panel discussion that the Fixed Price Law did not have any regulations for discounts on commissions that bookstores take. As a result, the higher (non-discounted) selling price didn’t automatically mean that publishers earned more per book sold. Also, books that were published prior to the installment of the law continued to be sold at very low prices. 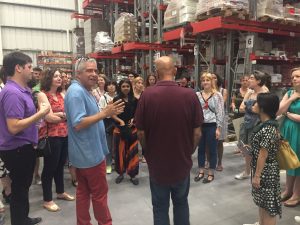 Ziv Lewis showing us around in Kinneret’s impressive warehouse

During our visit to Kinneret Zmora-Bitan Dvir, which partly owns the second biggest bookstore chain in the country Tzomet Sefarim, their foreign rights/acquisitions manager Ziv Lewis (who was honored at the Friends of the JIBF Ceremony, together with former Ambo|Anthos publishing director Chris Herschdorfer) gave us a tour. He explained that market research has shown that when Israeli readers buy 3 books for 100 Israeli Shekels, or approx. US$ 28, the first book tends to be by a big, bestselling author such as Lee Child. The second book is often one the reader has already heard about (they might have read one of the author’s previous books, or read a review) but they didn’t have the intention of buying it. The third book is where it gets interesting, as it is tends to be a compulsive, surprise purchase — and this is how new, unknown authors are discovered.

Again, the Fixed Price Law is a controversial topic and during our week in Jerusalem we heard several conflicting viewpoints. It deserves to be looked at in more detail, but that will have to happen in another article… In the meantime you may read about it on the website of the International Publishers’ Association and in this article on Publishing Perspectives. 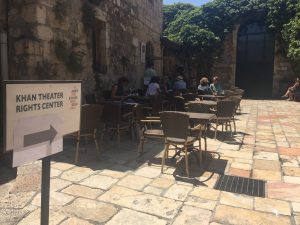 As an independent publisher noted, Israel is a small country where everything is extreme, so hits are harder whenever they happen. After a few very rocky years, during which I felt acquisitions were put on hold, or at best slowed down, the publishers I met with at the JIBF—at the best international rights center ever, it just needed some beach umbrellas to create a bit of shade—all seemed to indicate they were starting to acquire more titles again. The market of only 4.5 million Hebrew readers remains challenging, but there might be a light at the end of the tunnel.

Life after the Jerusalem fellowship

It’s been almost two weeks that I returned to California yet I feel I am still in the midst of processing my impressions, with all their richness and intensity (the lack of sleep I accumulated and my subsequent 10-hour jetlag are not helping much): the packed Jerusalem fellowship program, many long conversations with the other fellows, which often ended late at night at the American Colony hotel; the city of Jerusalem, its history, cultures, books, and food. I will need a while to wrap my head around these things, but I do know I am grateful to have lived and shared this extraordinary experience with the other fellows, whom I can now call friends. I’m looking forward to seeing most of them in Frankfurt in October!