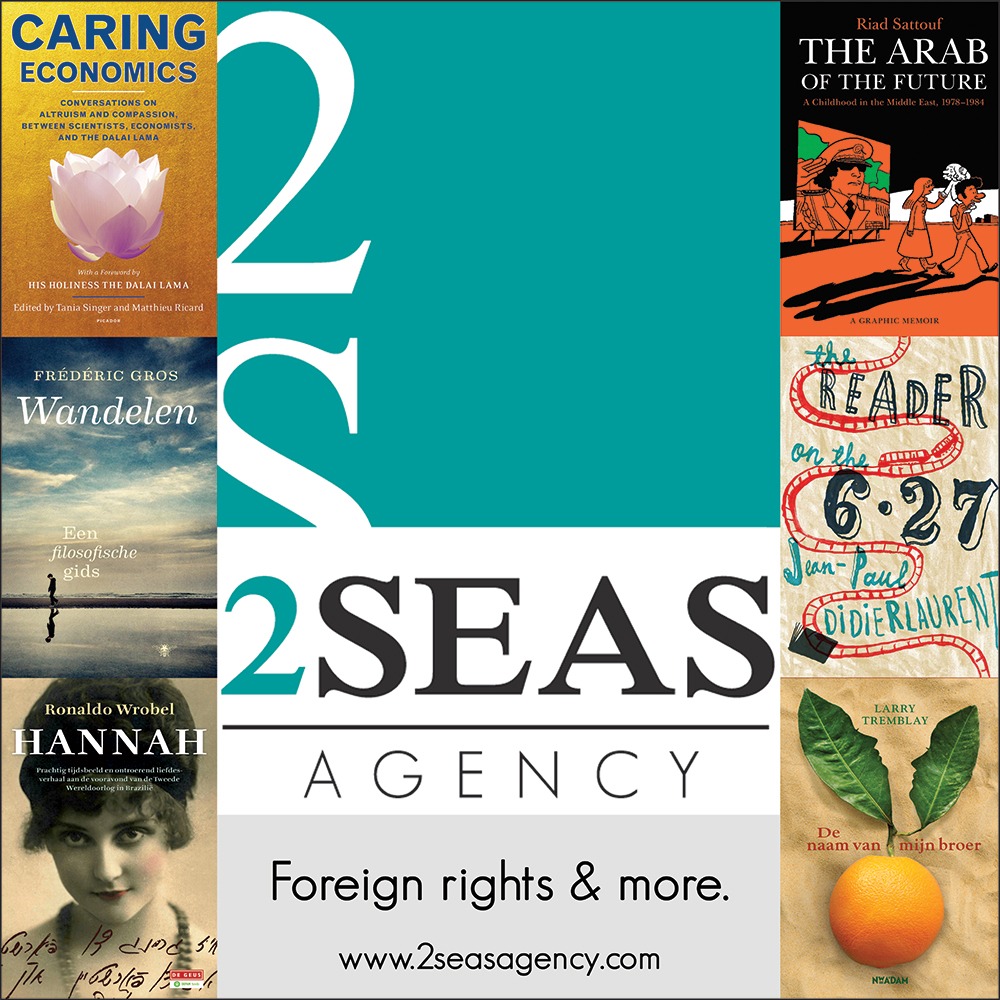 When I left California early March for 2 Seas Agency’s spring 2015 foreign rights tour, I had a busy program ahead of me. During no less than six weeks, I had meetings with publishing professionals in Germany, France, the Netherlands and the UK. I met with the clients we represent, and with acquiring editors, our co-agents and literary scouts to whom I pitched our Spring 2015 Rights List.

By Marleen Seegers — this article was first posted in May 2015

Before my departure: the packing dilemma

A six-week business trip is challenging, no doubt about that. Traveling from country to country, staying at a different location nearly every week—luckily I am blessed with lovely friends and family members who welcomed me into their homes for most of my trip—being in meetings non-stop while staying on top of emails and other important events leading up to a book fair such as the LBF… all this requires a strict regime (read my Publishing Perspectives article with tips to survive such a demanding trip). 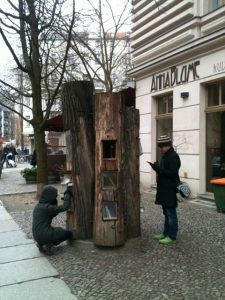 A “tree library” in the street I was staying at in Prenzlauerberg — it was cold in Berlin!

Yet one might say that the packing represents an even bigger challenge. How does one select clothes for such a trip, with only one suitcase to bring along? Spring time in northern Europe can be capricious. And indeed, it was freezing cold in Berlin, my first stop early March; and on April 17 I said good-bye to a sunny London with temperatures around 25º Celsius.

I’ve been traveling to Europe for longer periods of time twice a year since the beginning of the agency, in 2011. I’ve learned by now that the answer is: layers. I always take about five dresses with me that I can wear with or without tights, and with or without a cardigan or a vest. And of course I leave a little bit of room in my suitcase for a possible spontaneous shopping spree, in case I have an hour to kill between meetings in, say, Paris… Believe it or not, I packed my suitcase for this trip in under an hour!

Somehow when scheduling my Berlin meetings, I didn’t pay attention to my arrival time in Berlin. I’d planned my first meeting on Monday March 9 at 10:30 am, whereas I’d flown into Berlin from Los Angeles, with a stop in London, at 7 pm the night before. My total travel time was close to 24 hours, and there’s a 9-hour time difference between California and Germany. Yet I (almost) managed to be as fresh as a daisy during my first meeting that Monday morning, at the Ullstein offices. 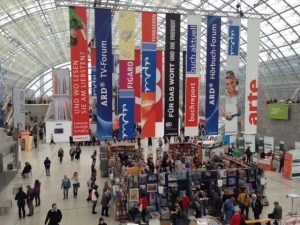 It turns out that I didn’t have much time to let my jetlag get hold of me: during my first week of meetings, in Berlin, the Hendrik Groen-craze exploded. The day before my departure, Longanesi had pre-empted Italian rights in the quirky Dutch debut novel Attempts to Make Something of Life. The Secret Diary of Hendrik Groen, 83 ¼ Years Old, hence initiating a long trail of pre-empts and auctions (at the time of writing, we are at 17 territories sold and two further territories pending). We literally received one pre-empt a day during the first three days of my trip. My iPhone with email access saved me, and I spent my time in between my Berlin meetings, and till late in the evenings, on the phone and responding to offers by email.

Even though Hendrik Groen was on everyone’s lips in Berlin (many German publishers were considering with interest when Piper Verlag pre-empted the German rights), there were plenty of other titles to discuss during my meetings. The fact that the Netherlands and Flanders will be joint guests of honor at the Frankfurt Book Fair in 2016 and France will be guest of honor in 2017 made our Spring 2015 Rights Catalog even more attractive, since two-thirds of our World Rights titles are originally from these language territories. 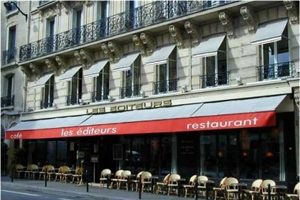 My ‘regular’ headquarters for my Paris meetings

My schedule was packed with meetings with French publishers and agents whose rights we represent, French literary scouts, and publishers whom we sell rights to. The latter meetings were a mixture of French, Spanish, Italian, Swedish, and German publishers as the Salon du Livre (March 20-23, at the Porte de Versailles) attracts an increasing number of international publishers.

I didn’t spend much time at the Salon—I always prefer to meet publishers at their offices, or for convenience’s sake at my ‘regular’ Paris HQ, the very centrally located Café des Éditeurs. 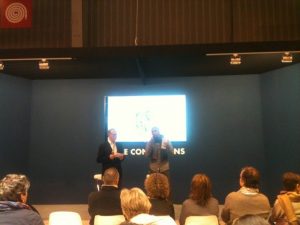 Pierre Astier and Laure Pécher of the Astier-Pécher Literary & Film Agency had organized a wonderful initiative to put independent French language publishers from all over the world on the map of the usually Paris-focused French publishing scene. The Journée des Talentueux Indés (The Talented Indies Day) took place on March 21st, in association with the Salon du Livre. I did make my way to the Porte de Versailles to hear presentations of amongst others Editions Zoé (Switzerland), Barzakh (Algeria), and Mémoire d’Encrier (Québec).

On March 22nd I had the privilege to meet with some of the authors whose books 2 Seas represents, such as Diane Brasseur and Riad Sattouf. Both were signing copies of their books at the stand of their publisher Allary Editions. It was my birthday that day, and Riad gave me a wonderful present: 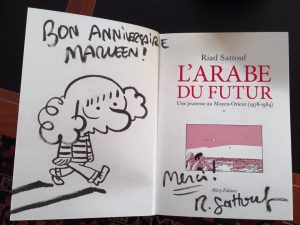 My birthday copy of the successful L’ARABE DU FUTUR

After a short break with my family in the south of Holland, I was off to a stormy Amsterdam. For the first time in many years, I was obliged to leave my beloved bike in the bike shed and used public transport to go to my meetings. Unlike the tough weather conditions during my stay, the storm that has caused a lot of damage to the Dutch publishing scene in recent years seems to have calmed down a bit. The market is slowly stabilizing and sales are showing (small) positive numbers for the first time in years. The general mood among the publishers I met with was one of optimism, albeit expressed very carefully. Many of them felt the situation will remain challenging until at least early 2016.

Again, I met with Dutch clients whose rights we represent, Dutch literary scouts, and Dutch publishers we sell to—I also saw the lovely HR Ferdinand team from Denmark, who were spending a few days in Amsterdam 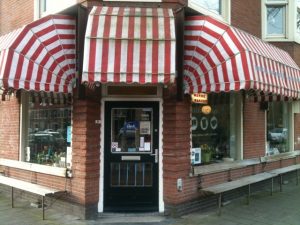 Many Dutch publishers have merged and/or moved to new locations in recent years. Whereas I used to spend one day in Utrecht to visit amongst others De Arbeiderspers, A.W. Bruna, and parts of the VBK Group, the former two are now back in Amsterdam. Several publishing houses have left the expensive Amsterdam grachtengordel, the area around the central canals, to settle in more remote locations. Overamstel Uitgevers, formerly known as the Dutch Media Group, are now situated in the Overamstel industrial zone. They joined Maven who started out there, and both recently welcomed new neighbor—and 2 Seas client—Podium. It was quite an expedition to get to the new Luitingh-Sijthoff location in the eastern part of the city, which is in the same direction as Jacqueline Smit’s newly relaunched Orlando list which she manages from her bakery/culinary bookshop Boekalicious. As soon as I entered the bakery and smelled the coffee, I knew I couldn’t maintain my strict non-caffeine, non-alcohol regime… So I enjoyed my meeting with Jacqueline while sipping a delicious cappuccino. 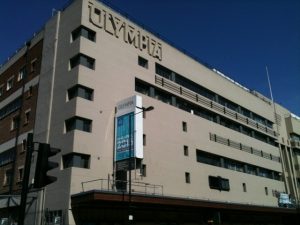 The new home of the London Book Fair

When I started planning my trip, I decided it was time get to know the London publishing scene better. At the London Book Fair I usually end up meeting only a handful of London-based publishers, because of the international nature of the fair. All our co-agents and a great number of international publishers and scouts are also attending—so many people to meet with, whereas the fair only lasts for three days!

For four days leading up to the LBF, I familiarized myself again with the city (I lived there for a year in the late 1990s. Wow—I feel old!) while visiting publishers and literary scouts at their offices. Although UK publishers publish far less books in translation, the market is not completely air tight! I met with and presented our international titles to both independent publishers such as Europa Editions, Garnet Publishing and Pushkin Press/One as well as imprints of the bigger publishing groups  including Quercus (MacLehose Press, who will publish Pierre Lemaitre’s Rosy & John next year) Hachette (Two Roads, John Murray Press, Orion, Hachette Children’s), Simon & Schuster, PanMacmillan (Picador, Mantle, who will publish Jean-Paul Didierlaurent’s The Reader on the 6:27 in June) and Penguin Random House (Michael Joseph, who recently acquired Hendrik Groen’s Attempts to Make Something of Life, Ebury, Harvill Secker, Chatto & Windus). 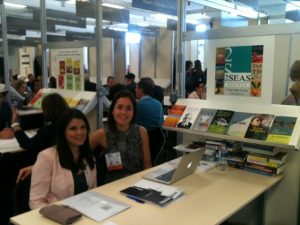 The 2 Seas team at work at the LBF

The London Book Fair was the last leg of my European spring tour. This year the fair had moved from Earl’s Court to the Olympia, which coincided with the first year that 2 Seas had a table in the International Rights Center. It was also the first time that our assistant Monica joined me from Naples, Italy where she is based. For three days we had non-stop meetings in the “premium” part of the IRC—by the time I decided to book a table, the “normal” tables were all gone—which, fortunately, was protected from the beating sun on the mostly glass ceiling.

Hendrik Groen often came up during our conversations—especially after The Bookseller mentioned our deal with Michael Joseph for UK & British Commonwealth rights in their LBF print edition. The publishers, literary scouts and co-agents we met with were also very curious about several other ‘hot’ LBF titles, including volume 2 of the above-mentioned The Arab of the Future forthcoming with Allary Editions in June, several Podium and De Geus titles which were receiving rave reviews, and our late addition Turbulence which at the time of writing we have pending offers for from Germany and France. 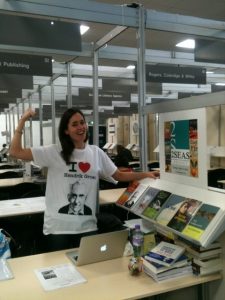 Done! Six weeks of (almost) non-stop meetings are behind me

After such a long and exciting trip, I couldn’t believe it was over on Thursday April 17 at 5 pm, when our last meeting had ended. I couldn’t imagine I was flying back to California the next morning, to the beautiful and peaceful town of Ojai, and that I was going to see my loving husband Derek again. I thank him deeply—not only for putting up with such a long absence, but for actually understanding and encouraging me to undertake this trip.

I’ll be back on the road soon and look forward to seeing many of you again this year, at any of the following occasions: